Dancing returns to Woody’s Wharf thanks to a January appeals court ruling.

Woody’s Wharf has had dancing inside since the 1960s. But recently the city claimed their permits allowed live music but not dancing. After a neighbor’s complaint and harassment by the city, Woody’s applied for dancing permits.

Adding insult to injury, the position of the city at trial was that it didn’t have to follow its own rules. Isn’t that like arrogant big government liberals: one set of rules for you and me, and a more favorable set of rules for government? The former City Council operated like the Obama administration.

So Woody’s sued the city, and inexplicably lost at trial in May 2014.

The appeals court has now fixed the trial court’s and the City Council’s mistake.

“The City Council violated its own municipal code by entertaining Henn’s appeal even though he didn’t follow the procedures laid out in the code, and then retroactively tried to justify that violation by claiming the city has a custom of extending such lenity to council members.”

The appeals court criticized Henn for advocating against Woody’s and then voting.

The new city council can choose whether to appeal to the California Supreme Court. In my opinion, the city should not waste taxpayer money and a local business’ money appealing a losing case.

Instead, the council should apologize to Woody’s Wharf on behalf of the city, and cut a deal to minimize the potential damages the city might have to pay to Woody’s over the city’s illegal actions. That will save taxpayer money, be pro-business, and preserve part of the tradition of Newport Beach.

Woody’s Wharf is located at 2318 Newport Blvd. on the peninsula. Let’s head over to Woody’s to celebrate, and congratulate the owners for their perseverance to fight for their rights and win! 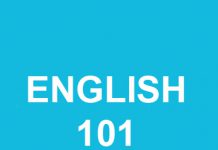 Sunset Ridge: A Park Without Parking