“All people, however fanatical they may be in their zeal to disparage and to fight capitalism, implicitly pay homage to it by passionately clamoring for the products it turns out.”

One of the great aspects of living in a market driven society is that if you are creative and resourceful, business opportunities are always springing up. If carefully cultivated, properly capitalized and marketed, they can change life as we know it. Think about it. What if Thomas Edison hadn’t invented the light bulb? Charles Goodyear, vulcanized rubber? Joseph Gayetty, toilet paper? Bill Gates, the PC. Steve Jobs, the Mac, iPhone, iPad?

You get the idea.

Lately, with the economy being what it is, I have been pondering new business ideas. One keeps floating to the top if you will, a natural resource with endless possibilities. One that has me excited more than any other: the many uses of the marine halophyte commonly known as eelgrass.

The good news is that eelgrass is a resource of plenty here in Newport Harbor. The bad news is that is protected by the Southern California Eelgrass Mitigation Policy developed by Federal and State agencies including the National Marine Fisheries Service, U.S. Fish and Wildlife Service, and California Department of Fish and Game.

This is because eelgrass-vegetated areas are recognized as vital ecological communities with multiple biological and physical values.

My favorite view of local flourishing eelgrass is from atop Little Balboa Island bridge looking down the Grand Canal, or when kayaking, I always note its hearty proliferation in Back Bay.   Technically, eelgrass is of the genus Zostera Marina, a species scientists claim is not a grass at all, but an angiosperm. Most of the time what it’s called around Newport is more of the four letter word not suitable for print, mostly from boat and dock owners prevented from dredging due to the fact that eelgrass cannot be removed or otherwise disturbed.

But wait! My research has revealed some arguably viable utilizations of eelgrass that, if harvested properly, could have potential far beyond its value as an eco-friendly bio-habit.

There exists an undeniable economic boon for Newport Beach which could significantly boost our tax revenue. Why then shouldn’t we pursue the development of eelgrass-based products?  I don’t have enough room to go in to the details, but the potential return on investment for eelgrass is impossible to ignore.

Countries all over the world have been reaping eelgrass benefits for years. For example, eelgrass bio-fuel is currently being tested at leading automotive labs in both Germany and Switzerland with staggeringly effective results. Where a typical gallon of petrol will take a Smart Car 48/City; 45/Highway, eelgrass fuel (or “E-Gas”) is nearly double! Toxic emissions? Practically nil.

Eelgrass is also being looked at by pharmaceutical companies as a nontoxic replacement for the key ingredient in Viagra and other ED medications. The Chinese have long valued eelgrass or “mànyú” as a precious herb known for its aphrodisiacal supremacy. Unlike the American version, there are no reports of its efficacy lasting any longer than necessary, saving those who ingest it any inconvenient or embarrassing trips to the ER.

Mànyú is also used in China as a hair growth stimulant, athlete’s foot treatment and a key ingredient in Chinese chewing gum.

At popular sushi bars in Japan, trend-setting chefs are turning from the traditional Nori, and begun wrapping their delicacies in dried eelgrass called “Amamo.”  I predict it is only a matter of time before chefs in California begin to copycat this delectable substitute, which is also much lower in calories.

When fermented, eel-grass packs a powerful punch with a neutral taste like vodka.  At fashionable bars in London, the “Eeeltini” is all the rage. Probably its greatest attribute is its virtually undetectable Chlorophyll content, meaning no hangover! Some Londoners even claim their teeth are whiter after imbibing eelgrass adult beverages.

Dried and ground into flour, eelgrass is replacing Semolina in pasta all over Italy. Gourmands clamor for huge bowls of the greenish pasta which is said to pair perfectly with Chianti now being fermented in special eel grass-lined oak barrels.

In Amsterdam, eel-grass dispensaries can’t keep the stuff on the shelves. Gaining popularity for its mellow buzz and no pesky cotton-mouth effect, it’s about one-third the cost of cannabis. Dutch students even claim smoking it makes them smarter. According to grad student Jan Vanderdöp, grade-point averages have been steadily increasing since the introduction of “listig-grass” or “smart-grass”.

So as you can see, it doesn’t take a rocket-scientist to discover that Newport’s eelgrass does indeed have huge economic viability. Even as I sit at my desk, I am looking at a 2013 special edition eelgrass calendar someone recently sent me from Paris.

What do you know, International Eelgrass Day was on Monday! 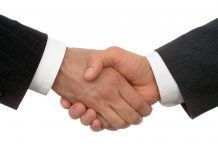 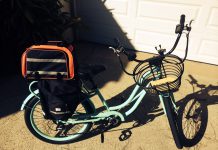 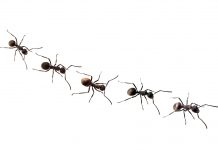