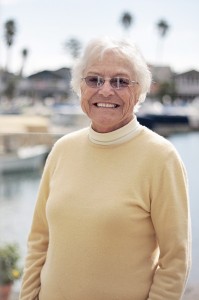 The Balboa Performing Arts Theatre Foundation (BPATF), the nonprofit organization guiding the rebirth of the historic Balboa Theatre (now renamed the Balboa Village Theatre), has taken a positive and significant step in the right direction by adding longtime Newport Beach resident Evelyn Hart to its Board of Directors.

Hart raised millions of dollars as president of Friends of Oasis to help build the Oasis Senior Center; the Center’s largest space is named the Evelyn Hart Event Center.

Hart has served on the boards of noted nonprofits, including Youth Employment Service and Someone Cares Soup Kitchen, and was appointed by the governor to the State Board of Behavioral Sciences and the Regional Water Quality Control Board.

Hart had at one time served on the Balboa Theatre’s previous board, and agreed to become the first appointee to the new foundation board.

“It is a great privilege for the Board to have Evelyn accept our offer to become a board member,” said Theatre Foundation Chair Dr. Donald Hecht in a statement. “She has brought so much good to the City over her years of service, and now to be integral in bringing the Balboa Village Theatre on-line, we hope, will add to her great public service accomplishments. There is no doubt Evelyn will be instrumental in getting this theatre re-opened. I am thrilled and honored to have her on the board.”

Hart has been a supporter of the theatre project, and in a statement issued by the Balboa Theatre said she sees the reopening of the theatre as “an idea whose time has come.”

“I have reviewed the business plan and newly completed theatre design plan and believe the vision for the theatre is both compelling and practical,” said Hart in the statement. “I am sure the people of Newport Beach and the surrounding communities will absolutely love this theatre. It will become a home for arts and culture in our community. I cannot wait to join 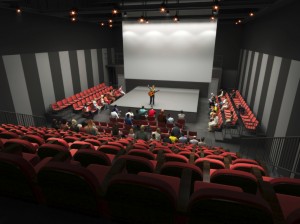 the Board in its fundraising campaign and see the theatre’s reopening become a reality in 2015.”

Last fall, the Balboa Theatre hired former OC Fair CEO Steve Beazley as its new CEO. Several months later, the theatre foundation’s board of directors voted to dissolve its board membership, except for Dr. Hecht. The board encouraged Dr. Hecht to build a new board and revision the theatre.

“One of the conditions set forth by the City for the foundation to qualify for the City’s challenge loan was to build and develop the foundation’s Board of Directors,” stated Councilman Mike Henn last November. “I am confident Dr. Hecht will build a strong board which will bring the theatre’s vision into reality and most importantly secure the community’s support of the theatre.”

Originally opened in 1928 as the Ritz Theater (a vaudeville house and silent movie palace), the theatre changed its name in 1939 to The Balboa Theatre. The theatre closed its doors in 1992. In 1996, the Balboa Performing Arts Theatre Foundation was formed to renovate the theater.

The Theatre is envisioned to be a 300-seat, multi-use events center, and is expected to become one of the focal points in revitalization plans for Balboa Village.

The City of Newport Beach has offered a $2 million match challenge grant to the theatre foundation; the foundation has until the end of this year to raise the matching $2 million.