In the beginning I was mad at them all. As I got ready to interview Republicans Leslie Daigle and Allan Mansoor and Democrat Bob Rush, whose comments appeared in recent columns, I realized all over again how upset I am with politicians of all stripes. I want better representation from the people we pay to govern us.

But anyone agreeable to sitting down with the press deserves a fair and courteous hearing. So I stifled my attitude while I listened to their views. Imagine my surprise, then, as I emerged from this venture with a sense of compassion for people who submit to the indignities of our political process. Running for public office, I decided, must be like campaigning for prom queen – glad-handing, soul-deadening conversations with this or that faction, and cranky journalists. Oh, and remember to smile. (In politics, as in high school, smiling is very important.)

In return, your character and identity are attacked. Leslie Daigle, despite endorsements by stellar party faithful like former state Sen. Marian Bergeson, is being savaged by the Republican Party of Orange County. Allan Mansoor is the son of an Egyptian father. In these lamentable Muslim-hating times, his name alone creeps out some people, given some of the postings on the ‘net. Mansoor’s father, by the way, was a Copt, a venerable Christian sect. Bob Rush, a political neophyte when he began his quest several years ago for better governance from the Newport Beach City Council, says he has learned to grow a tougher hide. Politics, he says, “is a game of gotcha.”

But let’s not go there. Instead, here’s my take the candidates’ style and substance in the race for the 74th.

Allan Mansoor brought along his uber-conservative ideology when he was elected to the 68th Assembly District in 2010. His introduction of AB 961, which would have ended unions’ rights to bargain collectively for pension fund benefits with public employers, may have endeared him to the local GOP, but in the Democrat-controlled Assembly, the bill died. Mansoor doesn’t strike me as skilled in the much-needed arts of political compromise and negotiation. He signed Grover Norquist’s Taxpayers Protection Pledge, and I question the effectiveness of a candidate who categorically refuses to raise taxes. No matter how much we dislike it, taxation is an essential legislative mandate. It should be remain an option.

The 74th was drawn up, in part, to reflect the cities’ common environmental interests. Mansoor did not pick up on this in our interview, other than to opine that everyone wants clean water and beaches. Compare that to the other candidates’ approaches.

True to his roots as a former Deputy Sheriff, Mansoor a “rule of law” kind of guy. (Members of my family have worked in public safety and I deeply respect what they do, but that alone does not make an effective politician. But Mansoor is short on academics (an A.A. degree) and weak in practical business experience. Given the complexity of the state’s issues, these are serious drawbacks.

During Leslie Daigle’s years on the Newport Beach City Council, she honed her negotiating skills. She addressed the issue of public pension fund reform and made progress. She’s hard working, does her homework, and is well versed on the needs of the district. She understands that the district’s environmental issues are tied to its financial well being: clean beaches and waters attract tourism dollars. Critics, however, say that she tends to tell people what they want to hear, that it’s hard to know where she stands – well, she is a politician.

Daigle sensibly refused to sign the Taxpayers Protection Pledge. She also wears a skirt. (For years the local GOP has winnowed out bright, talented women from among the candidates it supports.) Besides, she’s running against Mansoor, the “official” Republican candidate. Thus, the flurry of puerile and misleading mailers about her from Mansoor and the Republican Party of Orange County. Come on, guys, we voters deserve better.

Bob Rush has run well in his first political race. He’s smart and collegial, and he smiles. Of the three candidates, Rush best addressed environmental issues. Only he brought up the need to address the end of federal funding for water testing. Only he brought up the troubling safety record of San Onofre. Rush also offered a fresh take on what’s needed in education to keep this country intellectually competitive. Rush says, “We’ve been hoodwinked by politicians on both sides of the aisle who don’t know what the numbers mean.” I like the idea of being represented by a CPA who looks to have a good b.s. detector. Rush would bring invaluable business and financial knowledge to every aspect of the state’s budget crisis.

After years as a DTS (Decline to State), Rush recently registered as a Democrat. Given his conservative fiscal values, he could easily have gone in as a Republican – but for those pesky social issues. The Democrats, he decided, “offered a greater range of welcome to diversity.”  That appeals to me, too. Initially I did not think him a viable candidate. I do now.

The June 5 primary is historic – for the first time, voters can cross party lines. We’ll be hearing from the top two vote getters until November. The question is, which candidate has the best chance of getting the Democrats to budge on viable public pension fund reform? Which candidate will best serve the interests of this district? I’m willing to give Bob Rush the call.

Nice to have a choice for a change. 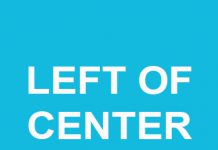 On Class and Other Quaint Values

A ‘WTH’ Sort of Year