Summarized from Harbormaster Kurt Borsting’s report to the Harbor Commission on March 11.

The city’s IT Department’s GIS team has begun collecting photos of Newport Harbor, which will be used to create a 360 degree “Harbor View” mapping experience for users of Google Maps and similar on-line navigational resources.

On Google maps the tool is called “street view,” but since there are no “streets” on the water, Borsting and the team termed the project “harbor view.”

To kick-off this effort on Feb. 20, staff from the IT Department temporarily mounted specialty camera equipment atop one of the Harbor Department boats, accompanying Harbor staff as part of daily mooring field patrols.

“It’s been a lot of fun to have them,” Borsting said.

During this harbor patrol they began capturing images for their project. Images from this first effort have already been successfully uploaded and are available on-line, with additional planned dates to collect additional images upcoming in March.

Borsting took the Commission through an example view near Lido Isle.

“While this is a fun PR tool for us, we also think it will actually have an administrative benefit,” Borsting said.

On Feb. 21 at the State of California Superior Court, Orange County Central Justice Center, a judge denied a petition for review resulting in the city of Newport Beach’s mooring permit revocation associated with a vessel (known as Wild Wave) being upheld. Within 48 hours of the court’s determination, the vessel’s owner removed the boat from the harbor.

During February, Harbor Department staff began undertaking a full assessment of all on-shore moorings and vessels associated with those same locations.

Following data collected in the field, administrative file reviews are also being reviewed, confirming the vessels at the moorings match those on file with the Harbor Department and additional information. As of Feb. 29, in-field data had been collected for 331 on-shore moorings, and the remaining data will be collected in early March.

This same survey effort was conducted in 2018.

Meetings with stakeholder groups and communications with the general public continued during February, aimed at informing the public about the Harbor Department and its mission.

“As a young department within the city, telling our story continues to be an important way to win allies and achieve the goals of the department,” Borsting said at the meeting.

On Feb. 11 the Harbormaster participated in a taped interview segment with host Nancy Gardner, for the local NBTV program “The Village Green.” The program, which has since aired, focused on harbor water quality initiatives being undertaken.

On Feb. 23 the Harbormaster was the featured presenter at the scheduled Board of Directors meeting of the Association of Orange Coast Yacht Clubs. The presentation focused on providing overview information about the Harbor Department and resources available to this group’s membership.

Several Newport Harbor related stories appeared in local print news outlets during February, including reports about the City Council’s recent approval of revised Title 17 – Harbor Code and reports about the Harbor Department having been awarded CA Division of Boating and Waterways SAVE Grant funds.

Efforts to recruit and on-board part-time Harbor Department staff continued during February. The department assistant, previously reported as hired, started work with the Harbor Department on Feb. 18. In separate recruitment for a harbor service worker lead also resulted in success during the month, with the search resulting in an internal promotional hire. 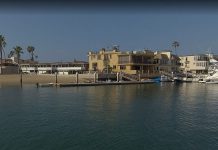