The Newport Beach Chamber of Commerce has a trio of free webinars scheduled for March 2 through 4 that are open to the public and cover everything from avoiding COVID-related lawsuits to updates from Orange County Executive Officer Frank Kim and Newport Beach Mayor Brad Avery.

California employers have been forced to make myriad logistical and other decisions (often with little time to plan) that will impact how, and perhaps if, they weather the COVID-19 storm. This free webinar examines the recent surge in COVID-related employment litigation in California and focuses on best practices for Small and Medium-sized Employers to take to avoid litigation. 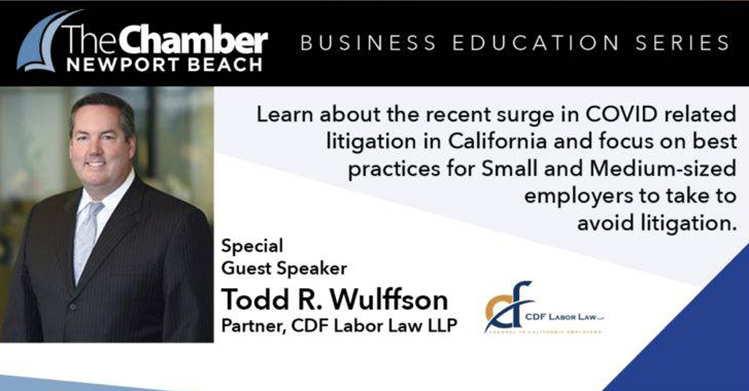 Special Guest is Todd R. Wulffson, the Orange County Office Managing Partner of CDF Labor Law LLP, a California-based labor, employment and immigration law firm with offices throughout the state. He has focused his practice on counseling and defending businesses in labor and employment matters for over 30 years. In addition to private practice, from 2006-2010, he served as General Counsel and SVP of Human Resources to Palace Entertainment. Todd is also a frequent speaker, author and resource to employers with workforces in California on employment-related matters ranging from terminations, sexual harassment, pay practices, and classification of employees.

Newport Beach Chamber of Commerce joins the Chambers of Commerce from Irvine, Costa Mesa, South Coast Metro Alliance and Santa Ana for this webinar with Frank Kim, Orange County’s Executive Officer. Kim was appointed county executive officer (CEO) by the Orange County Board of Supervisors on May 12, 2015. Frank brings to the CEO role more than 25 years of experience in planning, organization and direction; team leadership and supervision; program development and management; and financial services. 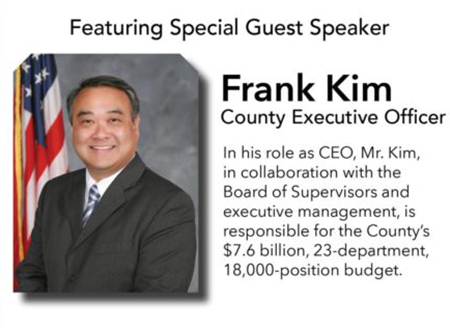 In his role as CEO, Mr. Kim, in collaboration with the Board of Supervisors and executive management, is responsible for the County’s $7.6 billion, 23-department, 18,000-position budget. Prior to serving as CEO, Frank has served the County as CFO, Director of Administration and Finance for the Orange County Probation Department, CEO Budget Team Manager and interim reuse manager at the former Marine Corps Air Station El Toro. He joined the County in 1995 as a staff accountant. Frank held positions in private industry and higher education before embarking upon his County career. Frank currently serves as the President of the California Association of County Executives (CACE). He holds a Master of Public Administration and a Bachelor of Accountancy from California State University, Long Beach.

March 4 at 8 a.m.: WAKE UP! Newport – State of the City Update with Mayor Brad Avery

Featuring Guest Speaker Brad Avery, the Mayor of Newport Beach. He was elected to Newport Beach City Council in 2016. He represents District 2 (Newport Heights, West Cliff, Newport Shores, West Newport). He has lived in Newport Beach since 1969, and grew up sailing on the harbor. After graduating from Newport Harbor High at 17, Brad spent three years as a professional sailor crossing the Atlantic several times and cruising in the Caribbean and Mediterranean. 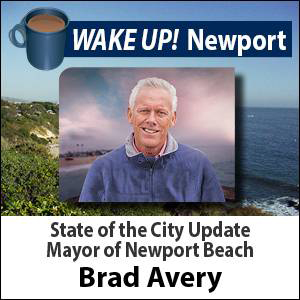 Returning home, he attended Orange Coast College and transferred to USC where he received a degree in journalism and communications. He later received a master’s degree in public administration from Long Beach State University and an MLE certificate from the Harvard Graduate School of Education.

Starting in 1979, Brad led the community boating program at Orange Coast College. The program’s facility is on Newport Harbor along PCH. Soon after he was hired, the program lost state funding as the effects of Proposition 13 impacted OCC. Responding to the crisis, Brad worked toward transforming the school into a self-funded operation supported through course fees, grants, and private giving. Today the program is one of the nation’s most comprehensive community boating schools, enrolling more than 1,500 students a year.

Prior to his election to city council, Brad served on the City’s Harbor Commission for five years. His other civic and community work includes serving Corona del Mar’s Sherman Foundation (Board of Trustees,) the Orange County Sanitation District (Director,) and the Oasis Senior Center (Board of Advocates.) From 2016 to 2018, Brad served as chair of the city’s Water Quality and Tidelands Committee.

A lifelong sailor, Brad has also volunteered at two of his favorite yachting organizations, eventually serving as Commodore of Newport Harbor and Transpacific Yacht Clubs. He lives happily in Newport Heights with his wife Julia.

For more information on these Zoom webinars, and to register, visit the Chamber’s website at www.NewportBeach.com.