In his email, Godinez asked the BID members to lobby the City Council to renew the NBRA BID at the next city council meeting to be held on May 25.

He also asked members to attend or call-in to the City Council meeting to let their voices be heard about renewing the BID.

Godinez noted in his email that “if passed to officially disestablish the NBRA on May 25, the association will be dissolved immediately which means no more Restaurant Week, no more year-round marketing and no more Dine Newport Beach.” 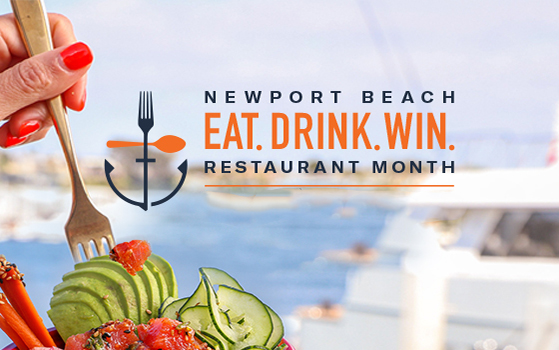 Godinez added that “the Newport Beach Restaurant Association is vital to the fabric of our culinary community. This is the worst possible time to lose all citywide marketing and restaurant-industry advocacy as we are moving toward recovery. Help us keep our seat at the table, your voice depends on it!”

As Godinez noted, on the Consent Calendar at the May 11 Newport Beach City Council Meeting was Resolution 7, a routine resolution of Intention to Renew the Newport Beach Restaurant Association Business Improvement District, Levy Assessments in FY 2021-22 and Fix the Time and Place of a Public Hearing.

According to the Staff Report, the Newport Beach Restaurant Association Business Improvement District was formed in 1995 for the purpose of financing activities and programs to benefit its member businesses.

The NBRA BID Board serves in an advisory capacity to the City Council, and has requested renewal of the BID for FY 2021-22. Pursuant to a 1989 law, an annual report must be prepared and filed with the City Council and a public hearing must be held prior to the BID’s renewal.

The NBRA BID Board prepared and submitted an annual report for the City Council’s review and approval. The report includes a summary of the NBRA BID’s FY 2020-21 accomplishments and revenues, as well as its proposed activities and budget for the upcoming fiscal year.

The NBRA BID Board met on March 24 and recommended that its president submit a letter to the City Council requesting the BID’s renewal and thanking the City Council for its support of the BID during the COVID-19 pandemic.

As noted on the City of Newport Beach website, “The Newport Beach Restaurant Association Business Improvement District (BID) is renewed in the spring of each year by the City Council.”

However, when the council lodged its votes and recusals on the consent calendar, Council Member Will O’Neill, Council Member Duffy Duffield, Mayor Pro Tem Kevin Muldoon, and Mayor Brad Avery voted No on Resolution 7. Council Member Noah Blom, who owns a restaurant in Newport Beach, recused himself. Council Members Diane Dixon and Joy Brenner voted Yes. The motion to renew the Restaurant BID failed by a vote of 4-2.

City Attorney Aaron Harp asked the City Council if they wanted the city to return with a resolution to disestablish the Restaurant Association BID.

“We can have that added to the motion,” said Harp.

“That’s the first time an item has failed on Consent without being pulled since I have been on council,” noted Muldoon.

Godinez admitted he was surprised at the vote, because the city normally renews the Restaurant BID every year.

In a city that relies heavily on tourism with the restaurants playing a large role in attracting visitors to the city, it was unusual to have the city council vote to disestablish an organization that promotes the city’s restaurants.

“I really think for the restaurants, including the smaller mom and pops, the money we have is so well spent,” said Godinez. “I think the Restaurant BID does good work.”

Godinez anticipates a good turnout of pro-Restaurant BID speakers at the City Council meeting on May 25, and hopes to convince the council members that the Restaurant BID is essential to the welfare of Newport Beach and the hundreds of restaurants within the city limits.

In a related move, the Restaurant Association BID board meeting scheduled for May 26 has been cancelled.