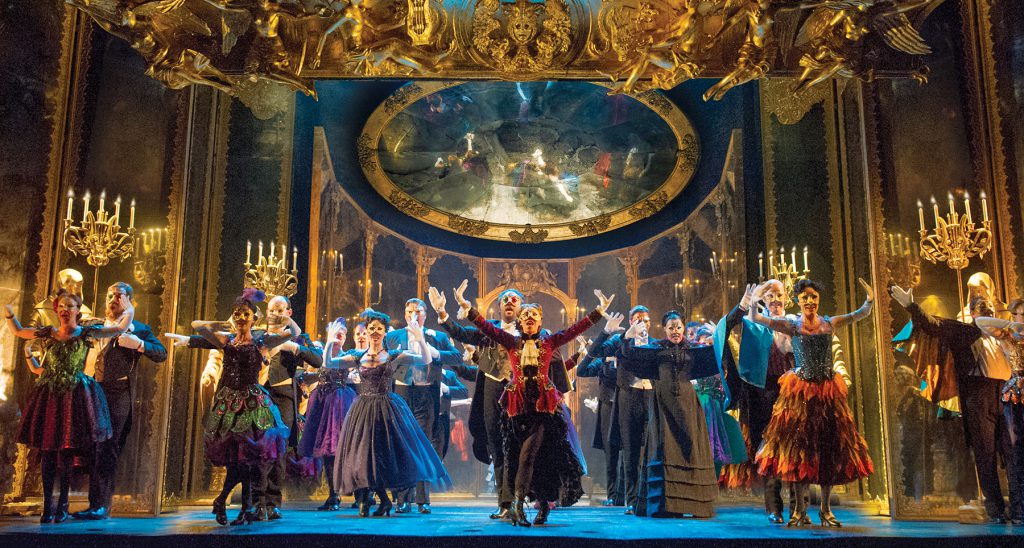 “I’m here, the phantom of the opera!”

Yes, Cameron Mackintosh’s “spectacular new production” of Andrew Lloyd Webber’s “The Phantom of the Opera” returns to Segerstrom Center for the Arts July 10 – 21. With reinvented staging and scenic design, this new version of “Phantom” is performed by a cast and orchestra of 52, making this one of the largest productions on tour in North America.

Andrew Lloyd Webber said that he’s pleased this new production will continue to tour the U.S., playing in tandem with the Broadway production which just celebrated 31 years at the Majestic Theatre.

According to Cameron Mackintosh, “with ‘Phantom’ still the reigning champion as the longest-running production on Broadway, with no end in sight, I’m delighted that this spectacular new production of ‘Phantom’ has been as well-received in the U.S. as the brilliant original and has already been seen by over 4.5 million people across North America since it opened in November 2013.” 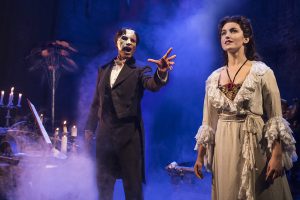 Yes, “Phantom of the Opera” has had a longevity far beyond most musicals. I’ve seen the original L.A. production and subsequent tours about a dozen times over the past 25+ years, and this new touring version once when it played at Segerstrom Center several years ago. It’s essentially the same show, but some if the staging is different (making it easier to tour) yet all the grand moments of the original are intact.

SarahGrace Mariani plays the role of Meg Giry in “Phantom of the Opera,” and said she saw the original version of “Phantom of the Opera” on Broadway a week before she got the call to join the tour. She agreed there are differences in the staging of the new production, but those changes actually help put the focus on the characters and “bring it all down to the humanity of the phantom. It’s been really rewarding.”

“And we have incredible audiences,” she added. “They are amazing fans, lining up at the stage door after every performance, telling us they are so grateful that we’re here. One girl was so moved she could not stop crying at the stage door. We’re so lucky to have such devoted fans. This is all I ever wanted, to make people feel things, and to be part of that with this show is so rewarding.”

This is Mariani’s first tour, and she admitted that “it feels wild to be part of something that is epic and has as much history as ‘Phantom’ does.” 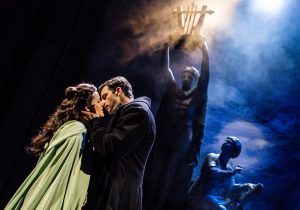 As a touring newbie, Mariani had to learn how to pack her suitcases and live life on the road.

“It’s still a learning process,” she admitted. “Auditioning is the working part, once you have a job it’s a giant vacation because I get to explore cities and put on a show at night. I am having a great time touring. I feel very lucky to be in this production.”

Of course, luck is what happens when you have the acting and vocal chops, and you’re in the right place at the right time. Mariani went to several open calls for “Phantom” roles, got a callback last year for the role of Meg, and was cast.

“It all happened fast, it’s wild,” she said. “I had always wanted to play a role like this, but I assumed it would be later in my career and that I would in the ensemble for a long time.”

The tour is scheduled to end next February, but Mariani isn’t thinking about that yet.

“I certainly hope this leads to other things, that is the goal, but I’m content where I am now,” she said. “I’m grateful to be here. I just want to dance and sing and act. Always.”