Grab a candy bar and get your Golden Ticket—the Broadway musical “Charlie and the Chocolate Factory” unwraps its sweet delights at Segerstrom Center May 28 – June 9.

Roald Dahl’s famous book “Charlie and the Chocolate Factory” tells the story of Willy Wonka, world famous inventor of the Everlasting Gobstopper, who has announced that his marvelously mysterious chocolate factory is opening its gates to five lucky youngsters who find a Golden Ticket hidden in a Wonka bar.

One of the kids is young Charlie Bucket, whose life definitely needs sweetening. He and four other golden ticket winners embark on a mesmerizing, life-changing journey through Wonka’s world of pure imagination.

The popular book was turned into an equally popular 1971 movie staring Gene Wilder, which has such memorable songs as “Pure Imagination,” “The Candy Man,” “I’ve Got a Golden Ticket,” and of course the Oompa-Loompa song.

A Broadway musical version hit the Great White Way in 2013, directed by Tony Winner Jack O’Brien. It retained the songs from the movie and added new ones from the songwriters of “Hairspray.”

When “Charlie and the Chocolate Factory” comes to Segerstrom Center next week, one cast member in particular is looking forward to a homecoming.

David Gordon, a member of the ensemble who also understudies the role of Augustus Gloop, grew up in Los Alamitos, briefly attended Cal State University Fullerton and worked at Disneyland before taking off for the bright lights of Broadway.

“That was so cool because it was my first time playing in my home town and being on the other side of the stage,” said Gordon during a recent phone interview.

This time is also special for Gordon—he is on the tour with his fiancé.

“She had been in the Broadway production, which I had auditioned for but did not get. Then they called and asked if my fiancé and I would want to go on tour together. That was my golden ticket!”

However, Gordon no longer has a fiancé. The couple were married last week, and took a week off from the show. They will rejoin the tour at Segerstrom Center as husband and wife. 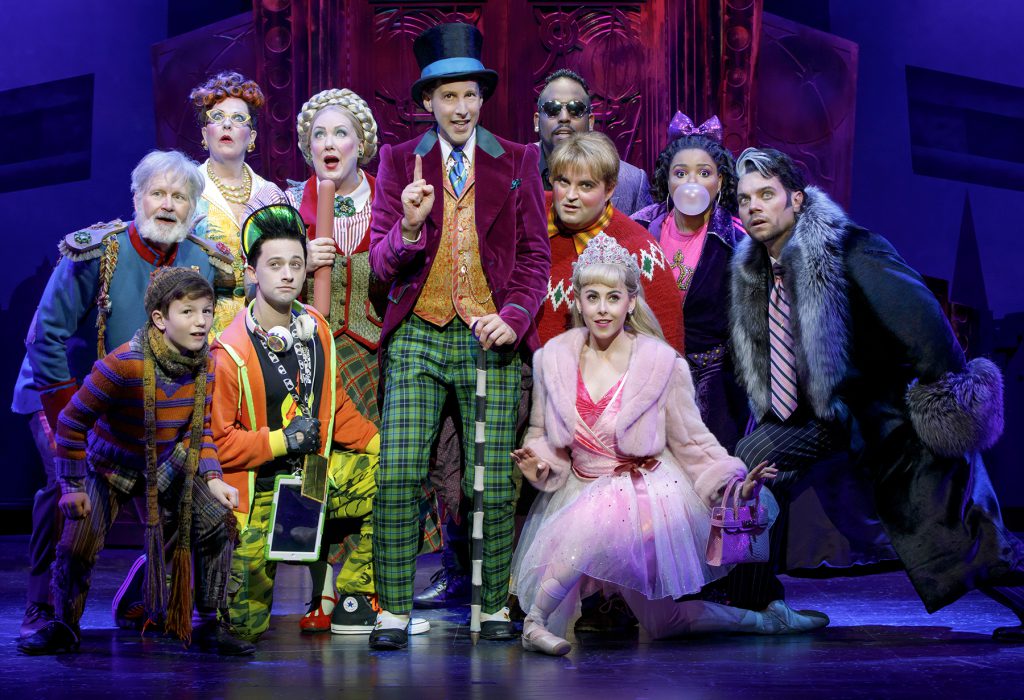 Gordon said the tour has been a wonderful experience. They have been fortunate to have multiple week runs at most cities on the tour, and the audience response to the show has been positive.

“Director Jack O’Brien has been very close to the project, which is exciting,” said Gordon. “This is not the same show from Broadway. They have added tons of effects, so it’s a new version of the Broadway how. Audiences are going wild for it.”

“We pay homage to the movie, and you can’t go wrong with that,” he added. “The original is untouchable. That will always be with us. For the musical, they took a lot from the book as well as the movie, so we found our version. It’s a good mix, just don’t go expecting the movie, but you will recognize things from the movie.”

Gordon said he has many OC friends coming to see the show in Costa Mesa, including professors from Cal State Fullerton and fellow Disney cast members. He loves taking people backstage, noting that “I will never forget my first time going backstage.”

But for someone on tour with “Charlie and the Chocolate Factory” for the next year, the most important question is does Gordon like chocolate?

“I love chocolate,” he laughed. “I was allergic to it when I was 16 or 17, I remember trying it and hating it. Then one day I tried chocolate cake and that changed my life. Now I am a big chocolate fan.”

And a big “Charlie and the Chocolate Factory” fan.