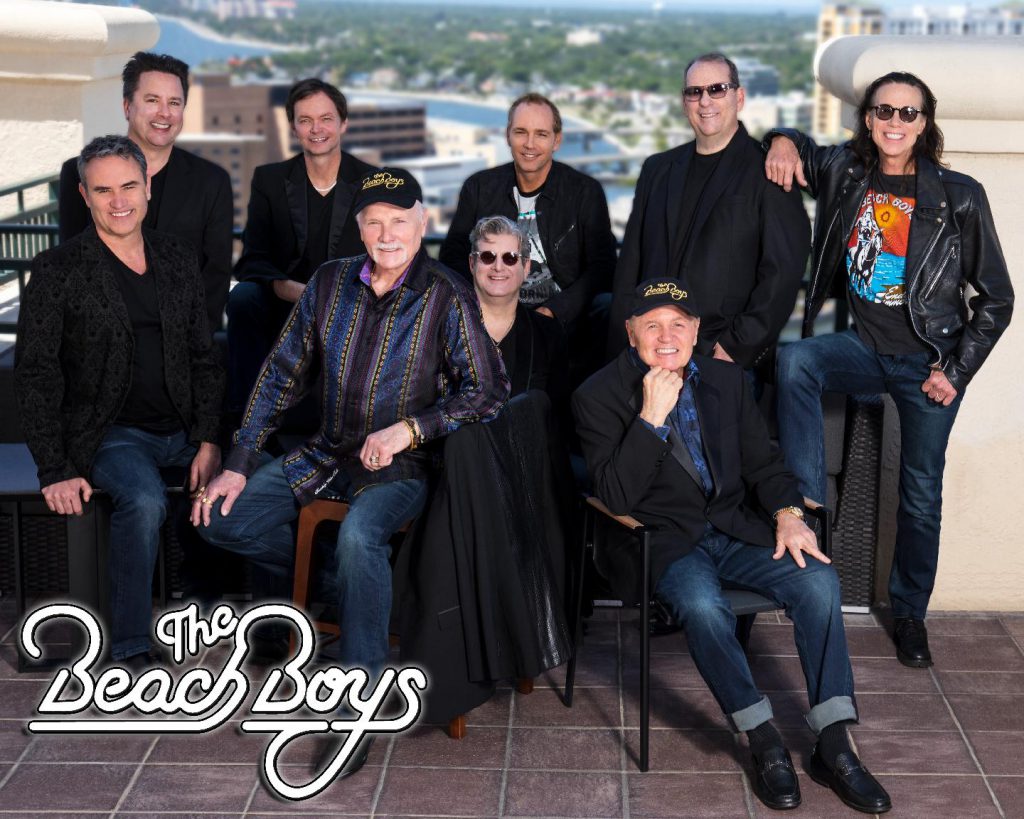 The words “iconic” and “legendary” are often overused, but they certainly apply to one of the greatest bands in Rock and Roll history: The Beach Boys. They are indeed legendary, and their iconic sound of blended harmonies and upbeat music defined not only an era, but the Southern California way of life.

The Beach Boys have been making music for more than half a century, and the group continues to ride a musical wave around the world with seemingly endless touring, which speaks volumes about the group’s continued popularity.

Local audiences are in for an evening of “Fun, Fun, Fun” when The Beach Boys and special guest John Stamos land at Segerstrom Center for the Arts on Thursday, January 31.

Since Beach Boys lead singer Mike Love penned the lyrics to the group’s first hit, “Surfin,” in 1961, dozens of the band’s songs have become part of America’s culture, and musical heritage. Songs like “Surfin’ USA,” “Surfer Girl,” “I Get Around,” “California Girls,” “Help Me Rhonda,” “Barbara Ann,” “Good Vibrations,” “Wouldn’t It Be Nice,” “Rock and Roll Music” and “Kokomo” are instantly recognizable to music fans everywhere.

The Beach Boys have sold over 100 million records worldwide and have received more than 33 platinum and gold record awards. The Rock and Roll Hall of Famers where also honored at the 2001 Grammy Awards with the Lifetime Achievement Award.

So what keeps Love, longtime bandmate Bruce Johnston and the Beach Boys’ touring band going after all this time?

“The Beach Boys keep getting invited back to places—people seem to like our music and concerts, and we like doing them,” said Love as he was driving from Arkansas to Louisiana for the next Beach Boys gig. “Being one of the guys singing the songs, creating the songs, and performing them all these years, it’s really wonderful to see the audience response. It’s multiple generations, not just the original fans, but their children and grandchildren. It’s an amazing thing to realize what a wonderful reception The Beach Boys’ music has received through so many decades.” 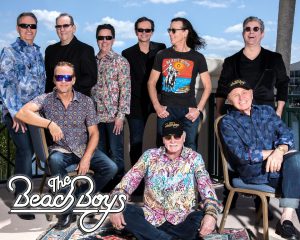 “He would sit down at the piano and figure out vocal arrangements of The Four Freshmen,” said Love. “There is nothing more complicated or sophisticated in the world of harmony than The Four Freshmen, so to break them down and teach the rest of us the parts is a phenomenal gift. The Beach Boys are known for harmonies and blends. Add to that some R&B and Chuck Berry guitar licks, and that gave us the formula for our songs.”

“People also liked our music for the subject matter,” added Love. “Songs like ‘Surfin Safari,’ ‘Surfing USA,’ car songs like ‘409’ and ‘Little Deuce Coupe’ and ‘I Get Around.’ They are depictions of everyday life in Southern California growing up. We took our local environment, cruising through the hamburger stand or heading to the beach, and brought it to the world.”

Love noted that it’s still fun for him to see the audience reaction to the Beach Boys music.

“So much happiness is generated through those songs. It’s a huge blessing for those of us who chose to make music a profession, a career. People never seem to tire of our songs. I feel great about not only writing the songs but recording them. ‘Surfin Safari’ is from 1962 and people are still singing along with us.”

Love said he’s looking forward to returning to Segerstrom Center, which he called “such a beautiful, top notch venue. The sound there is so great, and the line of vision, great acoustics. Doesn’t get much better than that. And John Stamos, who grew up near my parent’s house in Cypress, will be an added fun component to our show.”

Love talked about the band’s set list, which as expected is packed with familiar Beach Boys hits plus a couple of surprises. One thing they all have in common, said Love, is the complex harmonies and chord progressions.

Love, who turns 78 this March, said that “the neat thing about The Beach Boys is that our music has been played around the world. We get invited to go places and see places we probably would not have seen in out lifetimes had it not been for our music. We are very blessed as musicians that we do what we love to do, and have people enjoy it year after year. As long as there is a demand for our music, we’ll try to supply it.”

For tickets to The Beach Boys at Segerstrom Center, visit SCFTA.org.