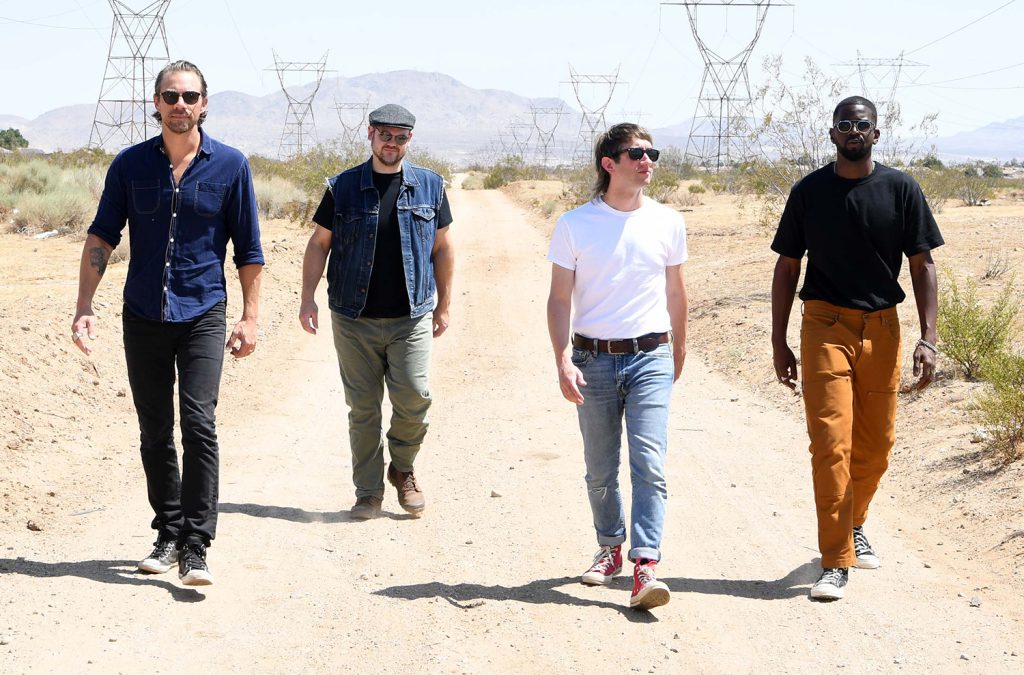 Front man Tom Higgenson talked to the Indy about writing new music, the life “Hey There Delilah” has taken on in the age of TikTok, Audrey Hepburn, and possibly writing The Goonies musical.

NB Indy: How have you been and what can we expect from your new tour?

Tom: We’re good, it’s a beautiful day in Chicago, and summer’s coming to an end so we got to enjoy it while we can. We’re excited after quarantine; it feels so good to get back out there. We miss playing in front of thousands of smiling faces, singing along. We’ve been writing a ton of music and we’re going to start putting out new music very soon. We’ve started incorporating some of the new songs in our live sets, so by the time we play the Coach House, they’ll be at least one or two brand new songs we’ll be debuting.

Tom: I really feel like every album feels like a Plain White T’s album, but we like to expand and explore, and this album is the perfect blend of pushing ourselves creatively, but also sounding recognizable. We’re not emulating old hits, it’s very inspired.

We have a new song called “Fired Up.” It’s fun, and about being excited about what’s coming next. Like, I’m going to go out and have a great time and it doesn’t really matter what happens because I get to live again.

NB Indy: You guys have stayed relevant regarding new memes or TikToks using “Hey There Delilah” every week it seems, what’s that been like?

Tom: Yeah, it’s trending on TikTok every other week and there’s always a new meme. It’s great to see the life that song took on and what the world has done with it. I think the memes are funny, and I love seeing what people do with the song. I especially love the raunchier ones (laughs).

NB Indy: When you write songs that are instant hits, does the inspiration come on suddenly? What is the process like?

Tom: It’s always different. Last night, I wrote a song that is one of my favorites yet and it only took two hours and will hopefully make the new album. Then there are other songs that take a while to flush out. “1,2,3,4” came to me in the back of a cab and I wrote it in my hotel room that night. With “Hey There Delilah” I had a guitar part kicking around, then I met that girl, Delilah, and was like “Oh, I gotta write her a song” and I took my time to make sure every line was as good as the last one. Those first couple lines were so good, I was like “Oh no. Now I gotta make sure every line in that song adds up to those first few.” 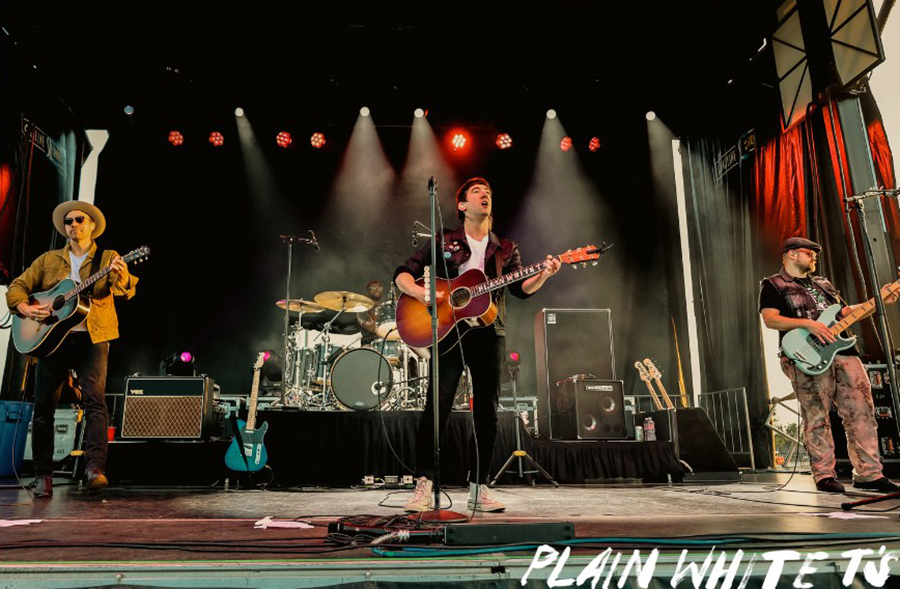 NB Indy: Which of your recent songs do you think are underrated or would like people to listen to?

Tom: We’ve been on a couple labels and it’s crazy how much the music business has control of how big a song gets. For example, with “Hey There Delilah” the same song was put out on an independent label, but it didn’t become big until it was put on the radio by a major label a couple years later. Now we’re back on an indie label called Fearless, and our last album, :Parallel Universe,” came out in 2018. It’s one of our best yet, but because we’re on an independent label, they couldn’t push the record the same way a major label could. A couple songs on it that are my favorites: “Light up the Room” and “Bury Me.” People who like “Delilah” and “Rhythm of Love” and “1,2,3,4” will like those songs for sure.

NB Indy: You’ve talked a lot about how music videos are very inspiring to you, and how much you love film. What are some movies that have inspired your music?

Tom: I’m a huge Audrey Hepburn fan, so any of those classics like “Roman Holiday” or “Breakfast at Tiffany’s.” There’s a romantic side to the Plain White T’s that’s into the old classics. Also, the name The Plain White T’s harkens back to the 1950s and 60s when people wore a plain white t-shirt under a leather jacket. That’s where the name came from. More recently, I love A24, which puts out these dark films but then again, I also love “La La Land,” so just across the board for me.

NB Indy: You got a Tony nomination for writing a song for “SpongeBob the Musical.” If you could write a musical about anything, what would it be?

Tom: I wrote a song called “BFF” which is a really cute song. It’s basically a Plain White Ts song set to a SpongeBob Musical. I’ve actually thought about this a lot. I’d love to write a musical one day. “Hey There Delilah” is always in peoples’ hearts and keeps popping up, so it’d be cool to tap into that and write more of a story to go along with it. So maybe “Delilah the Musical.” I’m also a fan of the Goonies and those kid adventure things, so a musical adventure would be cool. I’d really enjoy that. So, “Goonies the Musical,” I might have to try to do that.

For tickets to see The Plain White T’s, visit https://thecoachhouse.com.