A few years back, a friend recommended a book to me by an author I had never heard of. She swore that “These is My Words: The Diary of Sarah Agnes Prine” by Nancy E. Turner was a must-read, and guaranteed that I would love it. I didn’t bite. Then, another friend gave the same recommendation, and offered to loan me the book.

Despite the fact that I practically worshipped Laura Ingalls Wilder growing up, Turner’s fictional diary written by a young girl coming into her own on the Arizona frontier was not a book I would have been drawn to.

In a perfect example of why a well-balanced reader should never shy away from an informed recommendation (or two,) I not only loved the book, but quickly devoured its two sequels as well, anxious to see how the story continued to unfold for the characters I had grown to love.

Earlier this year, Turner released a new book, “My Name is Resolute,” which follows the story of a young girl surviving on an entirely different frontier—that of Colonial America.

Take the fact that it is now available in paperback, and combine it with my recent immersion in the history of the American Revolution (courtesy of my fifth-grade child), and it became the perfect choice for May’s Under Cover Book Club selection.

In “My Name is Resolute,” we meet Resolute Talbot, the daughter of a British Lord overseeing a plantation in Jamaica, circa 1729. While Resolute’s family feels fairly secure in their compound, behind fortified walls, it is an era, and area, rife with pirates and privateers.

The Talbots security measures prove not to be enough, when at the age of ten, Resolute, along with her sister, Patience, and brother, August are kidnapped by pirates.

Ripped from her privileged life as a daughter of the gentry, Resolute is sold into a life of servitude in the American

colonies, and must find it within herself to adapt and survive.

Impeccably researched for historical accuracy, the novel shares not only Resolute’s own story, but also that of many others who suffered during a trying time in New England as colonists chafed under British rule, and struggled to birth a new nation.

Peppered throughout with actual historical figures such as George Washington and Paul Revere, the tale is all the more believable for the careful attention Turner paid to setting a fictional, yet utterly believable scene.

As for Resolute, the skills she acquires as a weaver will allow her a means by which to support herself and her family. They will also land her in Lexington, Massachusetts, a town that will become a hotbed of revolution, placing Resolute smack in the middle of one of the most important times and places in American history.

By all accounts, Turner has produced another slam-dunk, and I have no doubts that I will love this book just as much as the previous three.

A resident of Tucson, Arizona, Turner became a college student as a forty-year-old mother, thinking she may become a teacher. She wrote her first piece of fiction as an assignment for a writing class she signed up for at Pima Community College, only after she had already completed all of the “real” writing courses they offered. She went on to complete her Bachelor’s Degree at the University of Arizona, and the rest, as they say, is history, or perhaps in this case historical fiction.

A far cry from the scientific writing she once envisioned herself pursuing, Turner’s works are in my estimation, polished gems depicting the human side of American history.

As a reader, I’m thankful that some 20 years ago, a writing instructor helped a busy mom, much like myself, awaken to her true talent. 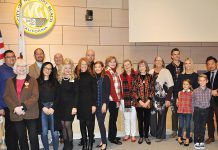