They have fanatic fans, clever videos, and sell out concerts around the world.

Since Scott Bradlee created Postmodern Jukebox 10 years ago, the band has amassed nearly one billion YouTube views and more than three million subscribers. Over that time, the group has performed on “Good Morning America,” topped iTunes and Billboard charts, caught the attention of NPR Music and NBC News, and played hundreds of shows to sold-out houses.

Postmodern Jukebox brings its exciting live show back to Segerstrom Center for a concert on Saturday, June 15 in the Renée and Henry Segerstrom Concert Hall.

I became a Postmodern Jukebox fan several years ago after watching their addicting videos that have the band and guest singers perform contemporary pop and rock songs in the style of music from the 1920s to the 50s. Bradlee and his band record their unique videos in what looks like someone’s living room or den, which adds to the fun of the video.

This time, PMJ has dubbed its new show “Welcome to the Twenties 2.0 World Tour,” and is meant to prepare the world for a new decade – one that Bradlee hopes will see a return to the style and craftsmanship that typified the music of past generations.

“Last time around the ‘Twenties gave us Jazz, America’s one true art form,” says Bradlee, “Who knows what is possible in the 2020s. One thing that is for sure—there are a lot of folks that are tired of the clickbait headlines, mindless reality TV, and smartphone addiction that has only served to divide people in the last decade. We’re using our small corner of the pop culture space to tell people to forget their troubles and come join us for a night of celebrating true musical talent and timeless style, live and in real life. Get ready for the most sensational 20s party this side of The Great Gatsby.”” 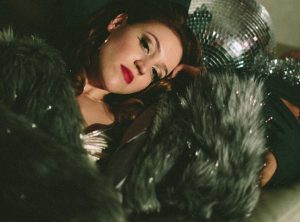 Olivia Kuper Harris is the right talent with the right material. She is a relative newcomer to Postmodern Jukebox, thanks to winning a worldwide competition to find the next Postmodern Jukebox star, but she’s also been carving a solo career as a singer-songwriter. In fact, she’s working on an album of original music. You can hear samples of Harris’ solo work on her website oliviakuperharris.com.

Her PMJ video on YouTube of David Bowie’s “Life On Mars” done as a torch song is hauntingly beautiful, and even has a trumpet duet featuring Harris on lip trumpet.

“That is such a funny thing,” laughed Harris when I talked to her about the PMJ show last week. “I was rehearsing the song and I did the trumpet as a joke, but Scott said we are keeping that, I said that’s just a party trick, but he said no, you’re going to duet with another trumpet player.”

Harris had heard about PMJ when she was in high school and loved what they were doing, but figured the odds were against her when the international competition was announced. For her audition, Harris had to submit a video in the style of PMJ, using one of their backing tracks. She posted it on YouTube and tagged PMJ, hoping for the best. The best happened. 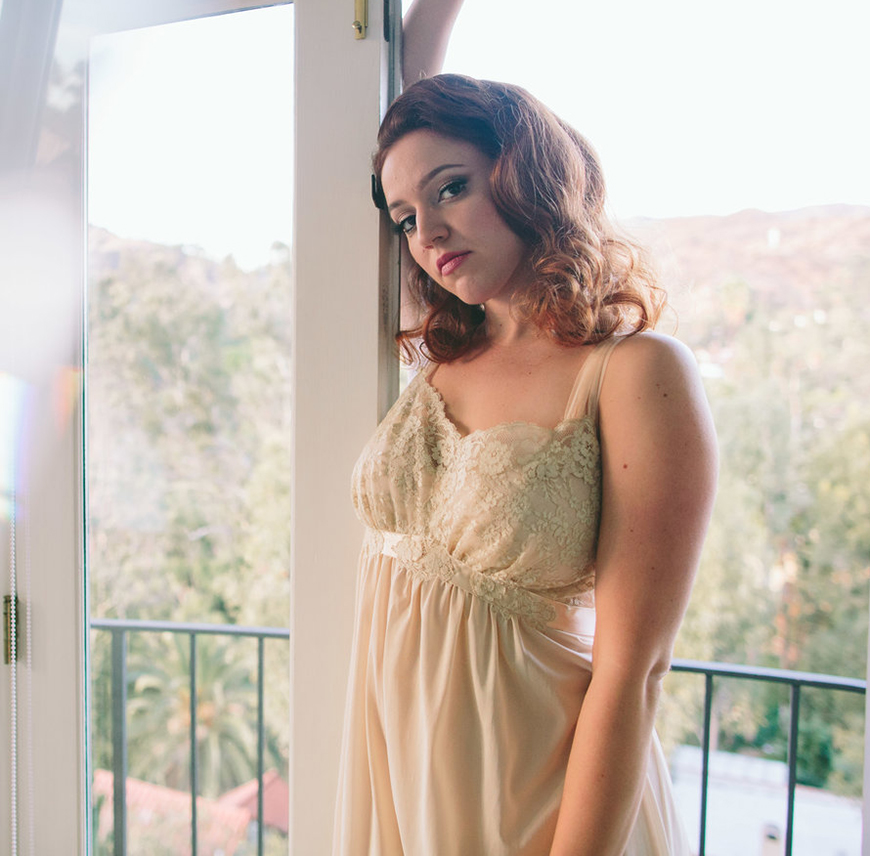 “That competition did change my life,” said Harris. “I ended up on tour with them. I never toured with a group that had such big audiences come to their shows. Sometimes it feel like a full blown rock concert. The audiences are incredible, and that really feeds our performances. We have rock star performers in their own right, they all have their own careers going. We all come together to do this incredible thing. The audiences are like a party, like a little trip back in time. WE dress in vintage clothes, and I love how a lot of the audience members do that too.”

“The PMJ audience is a very warm community, with a lot of young people,” she added. “Some cultures are more reserved than others. In the UK we played in clubs and the audiences were really wonderfully rowdy, wonderfully enthusiastic. In a theater, everyone is sitting down, they feel like they need to be a little more proper.”

Harris did not want to spoil the surprises in store for the Segerstrom show,

but hinted that “you will see me singing my most popular video songs live. People can expect to see and hear some of the most PMJ videos, some classic songs. If people stick around for the encore, they will get a fun wild extra tune, something that has been watched a lot on the internet. Dress up and get ready to be entertained.”

A popular part of any PMJ show is tap dancing—will there be one this time around?

Of course, says Harris. “It’s such a huge addition, it’s like the icing on the cake, and what is cake without icing?”

Dive into the PMJ cake on June 15. For tickets, visit SCFTA.org. 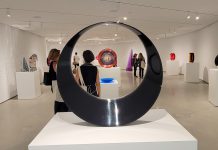