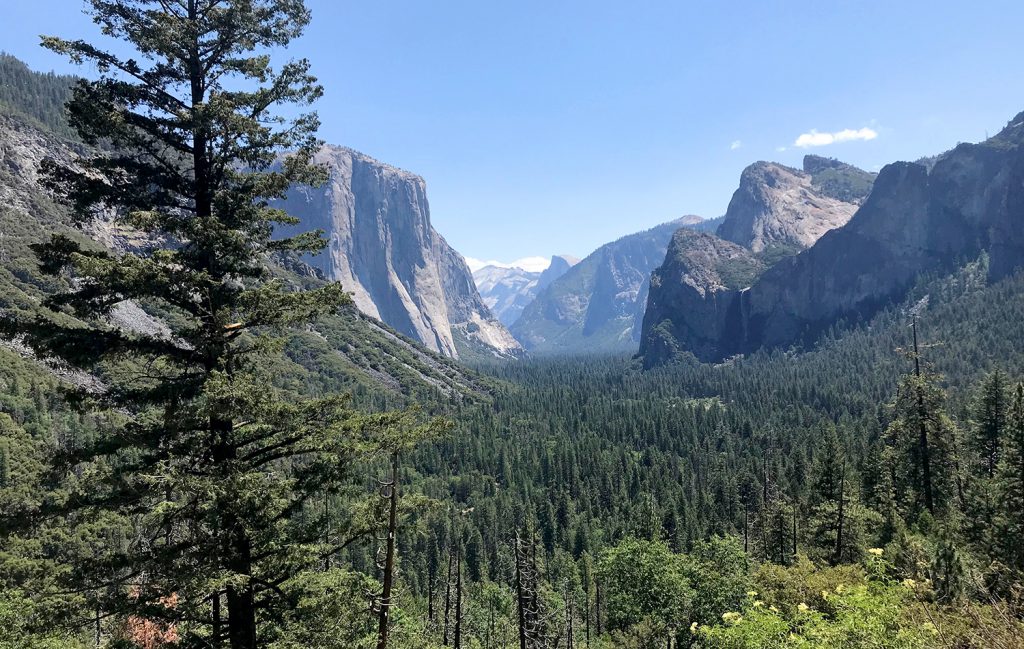 [Note: NB Indy writer Richard Simon made a trek to Yosemite this summer and filed this report, along with photos]

Long before Major James Savage and Capt. John Boling marched into and “discovered” the Yosemite Valley in March of 1851, this bountiful land had been peopled by the Southern Mariposa-speaking Miwok Indians, whose name for both their village and the valley was Awani.

Of course, people now recognize that name by a different spelling, Ahwahnee, not by accident the moniker of the famous and classic lodge that has been open to the public since 1927.

Yosemite was the nation’s third national park, but 26 years before it was a national park, President Abraham Lincoln signed the Yosemite Land Grant on June 30, 1864, that protected the surrounding Mariposa Grove and the valley itself. 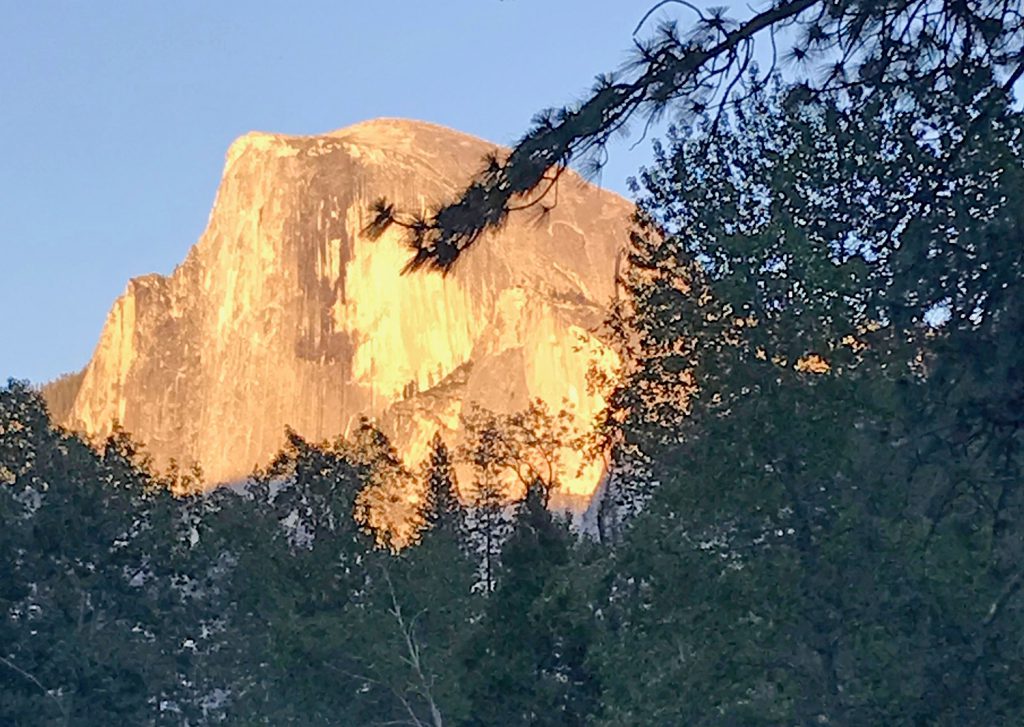 Other interesting facts: Yosemite’s granite rock formations, such as El Capitan and Half Dome, seem afire at sunset, especially brilliant in mid-to-late February (according to the U.S. Department of the Interior).

Annually, Yosemite draws more than four million visitors from around the world to witness the drama of its waterfalls, the highest of which, Yosemite Falls, plummets 2,425 feet.

Three-quarters of those millions of annual visitors to the valley crowd in from May to October. Traffic flows almost as unceasingly as the rivers and streams in the area.  Among those guests are campers and free-climbing adrenaline junkies who challenge the soaring and sheer granite cliffs often without the security of ropes.

Crowds aside, everyone should experience the grandeur of Yosemite National Park (even beyond the valley) to appreciate the sculptural forces of nature. It is artwork that no single collector can ever claim for themselves. 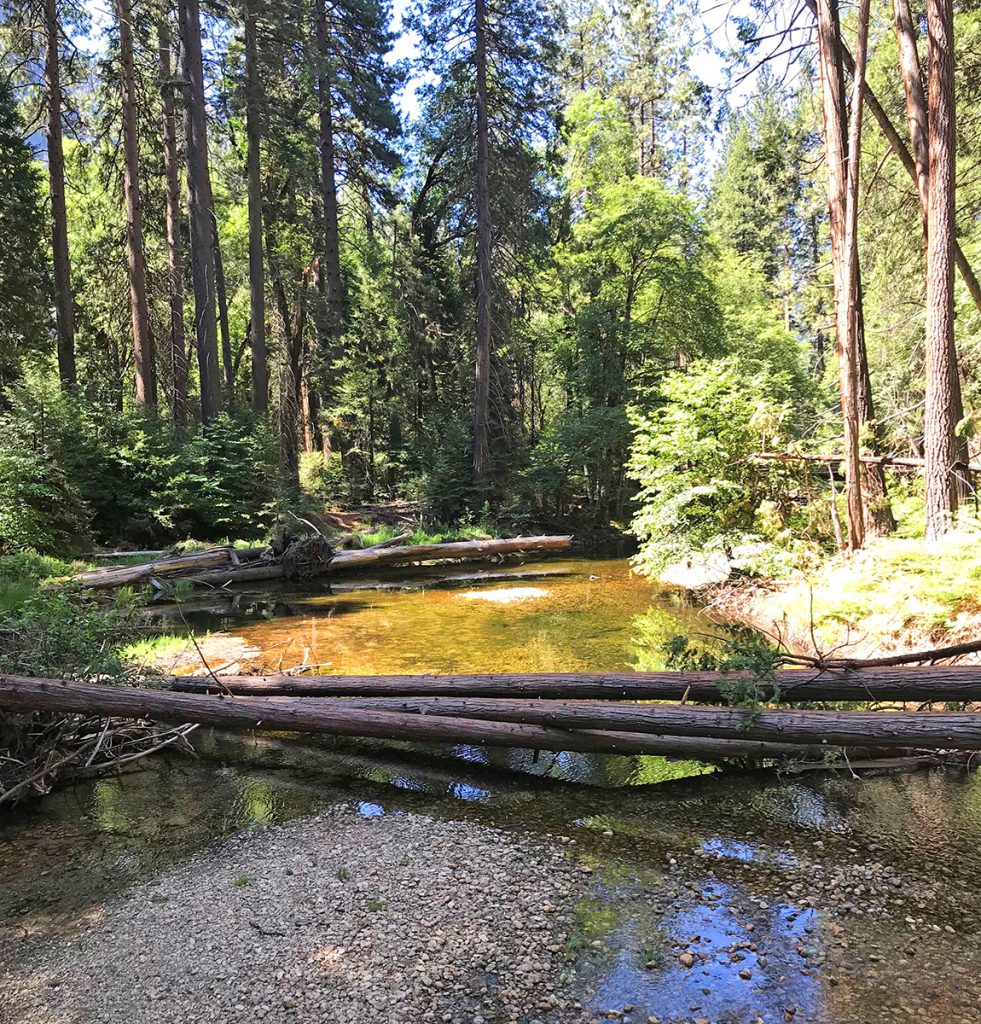 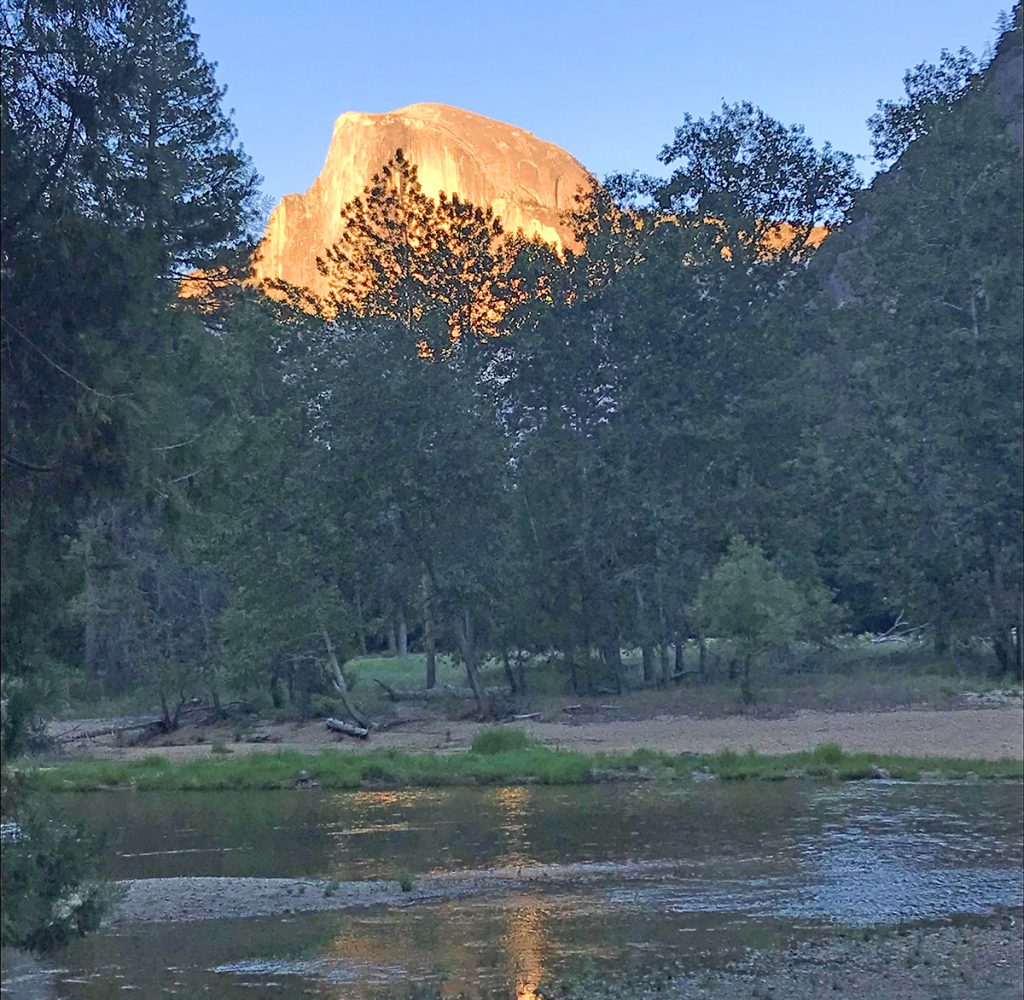