Charlie lives alone in a drab,  unkempt bachelor pad in a small northern Idaho town. He works as an online English professor to under-motivated college freshmen. He’s seriously overqualified for the job, but it pays well, and enables him to work from home. That’s a good thing, because commuting is no longer much of an option.  In fact, Charlie rarely, if ever, leaves the house at all these days.

That’s because he weighs close to 600 pounds.

Charlie is literally, inexorably, and, to our horror, quite possibly willfully eating himself to death.

It seems Charlie’s boyfriend, Alan, died 15 years ago. After a guilt-inducing scold about his sexuality from his local Mormon temple, Alan simply stopped eating. Charlie, haunted by the possibility that, as his lover, he is “responsible” for Alan’s death, is driven to atone for his “sins” by sacrificing, in effect, his own body to the gods of Shame, Guilt and Self-loathing. It is an intensely sad spectacle.

In “The Whale” by Samuel D. Hunter (currently receiving its West Coast premiere on SCR’s Julianne Argyros Stage through March 31), Charlie is played by Matthew Arkin,  a man of medium build. With the invaluable assistance of a skillfully crafted body suit and facial prosthetics designed by Kevin Haney (a top-drawer Hollywood makeup veteran), Arkin is transformed  with  brutal plausibility. Even in the intimate Argyros, suspension of disbelief is eerily, appallingly achieved. It is a technical coup de theatre.

Hunter is a young and prolific writer of sensational promise. But there is still a whiff of the brilliant grad student in the air. The Whale’s plot, though elegantly designed, is weighted down with coincidence, multiple story lines and  too many literary and religious metaphors,

especially in a play that is essentially kitchen-sink realism.

Hunter seems to cling to the assumption that more is more. Yet he is quoted: “For me the play is fundamentally a story of a father trying to reconnect with his daughter.”

One assumes  he will eventually come to know just that story alone is more than enough to fill an evening.

For indeed, it’s that thread of the story that most effectively reaches and moves us. In a monstrously misguided gesture born of the assumption he is both unloved and unlovable, Charlie has, for years, eschewed health insurance (i.e., forfeited his own survival) in favor of his desire to leave Ellie every possible spare nickel. (This evokes no less than Willy Loman’s similar sacrifice for his sons in Death Of A Salesman).

In a shatteringly painful scene, Charlie offers Ellie his life savings — $150,000 – in exchange for “spending a little time” with him before he dies.

But it is the performance of Matthew Arkin as Charlie that is the event here. Beneath the perfectly realized physicality (the tortured movements, the wheezing breaths), there is a rich and real inner life, a never-ending obligato of pain, regret and deep, deep shame behind his eyes.  And a heartbreaking sweetness, too.

“I’m sorry. I’m so sorry” is Charlie’s recurring mantra. Hunter and Arkin have created a character who is ferociously human; both endearing and exasperating; empowered and overwhelmed by that which is both his blessing and curse: his enormous capacity to love.

With no pun intended whatsoever, it is a gigantic performance. 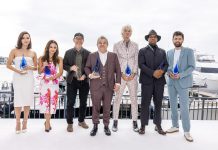