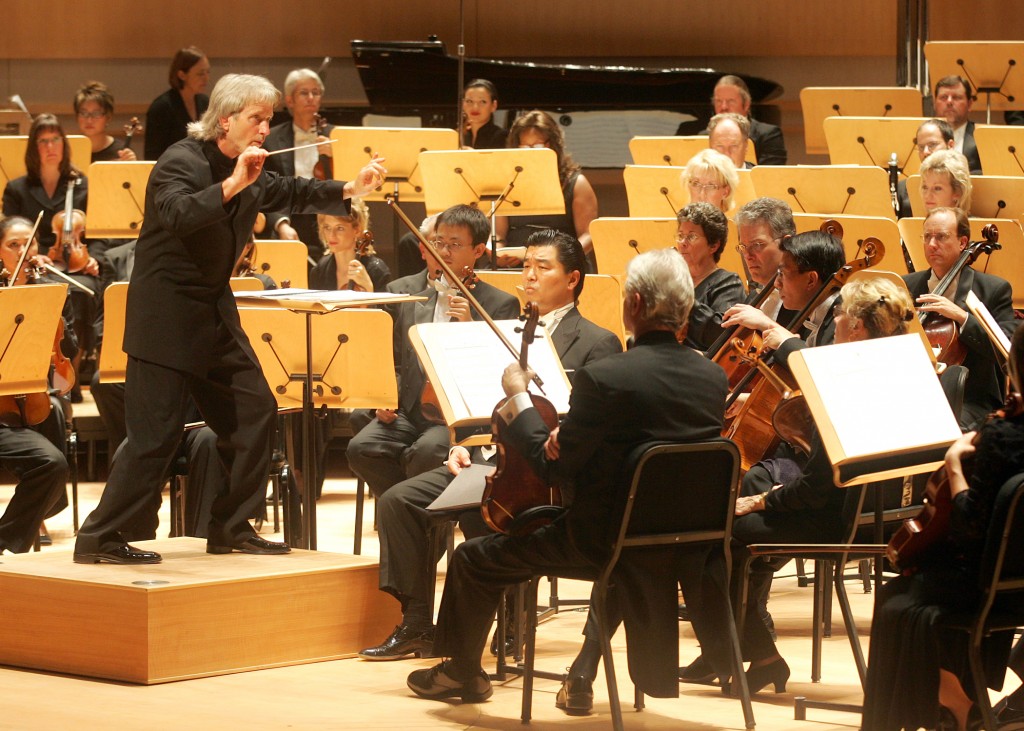 Rife with powerful pagan imagery and a disruptive atonal dissonance, Igor Stravinsky’s Rite of Spring was so shockingly avante-garde that it caused near riots when it first premiered in 1913 Paris as a ballet score for the equally edgy choreography of Vaslav Nijinsky, performed by Serge Diaghilev’s Ballets Russes.

The work’s evocation of primitive , as a young girl dances herself to death, remains ever-resonant, if possibly an acquired taste for those accustomed to more lyrical- and less disturbing- musical stories.

In celebration of Rite of Spring’s centennial this month, Pacific Symphony sets it as the cornerstone of the orchestra’s upcoming concert “Tchaikovsky and Stravinsky- Two Sides of Russian Ballet,” which runs next weekend in Renée and Henry Segerstrom Concert Hall. And while I’m doubtful of any outraged outbreaks, the piece remains a passionate one that requires both skillful playing and awakened listening.

Stravinsky’s iconic score rounds out a program that also includes excerpts from Tchaikovsky’s The Nutcracker, Swan Lake, and “Lullaby in a Storm” from Sixteen Songs for Children, as well as Stravinsky’s “Epilogue: Lullaby in the Land of Eternity” from The Fairy’s Kiss and scenes from director Tony Palmer’s 1982 film Stravinsky: Once at a Border.

Schumitzky, a longtime resident of Newport Beach, first studied Stravinsky as an undergraduate student at Juilliard; today, after more than twenty-five years with Pacific Symphony, he’s come to know Rite of Spring well.

“With a melodic composer like Brahms, there’s a theme there where you can ‘sing’ it, but it’s more difficult to ‘sing’ Stravinsky,” he reflects. “With him, it’s how the orchestration is as a whole. When it all comes together, you hear the brilliance of line passing from instrument to instrument, section to section. It has been recognized as a concert piece considered one of the most influential works of the 20th century, and it never loses its intensity.”

“This is a work that has an emotion attached to it, (because it originated as a ballet score) and even though we don’t have that action happening with it, as musicians we have that knowledge,” says Schumitzky. “It’s like playing a film score- you can’t play in an unemotional way, you have to play it with a knowledge of what it is about. The journey through this piece is quite powerful, and when you listen to it, it just grabs the heartstrings and draws the listeners in.”