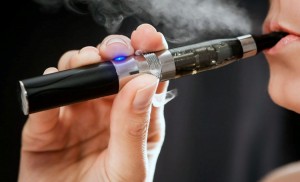 Over the past few years an industry has come on the scene which most people ignore yet currently generates over $2.2 billion in annual sales while engaging the media and government.

It’s happening right here in Newport Beach, and in fact has grown 300 percent in just one year.

That industry is “Vaping,” and includes the controversial world of e-cigarettes.

Vaping has helped millions of people eliminate addictions to tobacco. It is also a business that I have become very involved with starting July 4, 2013, when I walked into 32nd Street Vapers (on 32nd street) and asked, “What the hell is a Vape Shop?”

That started my own personal journey that led me to specialize and consult in this controversial and sometimes contentious business.

I now write for the top vape trade magazine, Vape News, host a radio show/podcast called VapeNewsRadio.com, and speak nationally on how to get in to the “Vape Space.”

Recently Balboa Vapes on Newport Blvd. opened, so now we have three in a city with a population of 87,000.

Does that mean this industry will take over the town and be located on every street corner? Does this mean that there are too many? The answer to both is no.

Through my company, VapeMentors, I have counseled vape shops nationwide, helped them work through city regulations and controversial battles with licensing and permits, developed brands and brand names, and helped identify locations to house the businesses.

So what exactly is vaping?

Vaping in its simplest form is really just smoking a liquid that includes a “base” that is either propylene glycol or vegetable oil based, flavoring, and water. Nicotine can be (but is not always) a component of different strengths from very strong to barely there.

The process of vaping is a way for smokers to gradually wean themselves off of tobacco, a highly addictive substance.

The questions of “Is it dangerous?” and “Is it legal?” won’t be addressed here. My focus is the business of vaping, which has grown across a wide demographic to include Millennials, Gen X’s and especially the Baby Boomers.

The industry has been going through a metamorphosis which I have been witnessing and reporting on.

By the way, vaping is different than the e-cigarettes than you see offered at every convenience store, drug store, or even Costco.

Vape shops have great incentives to adapt to this growing market. The FDA has been involved with regulation of the industry (which I heartily support), and you will soon see nationwide laws, in addition to state and local laws, come into force.

A few added notes: I do not vape or smoke—never have and never will; I do not recommend non-smokers start vaping or using e-cigarettes, and do not encourage anyone to start a potential habit that can be so impactful; no one under the age of 18 should be permitted to use these products, and they should be regulated similar to tobacco.