A seven-hour standoff on Camden Drive between a suspect and police ended peacefully Monday after the suspect gave himself up to the SWAT team.

“At 9:50 a.m. he made contact with SWAT,” said Newport Beach Police Department (NBPD) Sgt. Steve Burdette, “right after they had begun setting a tighter perimeter” around the house.

David Charles Wilson, 48, was booked on suspicion of forcible sodomy, Burdette said, but detectives are still investigating the case.

Authorities were alerted early this morning after they received a phone call about suspicious circumstances regarding two women leaving the area of the 4600 block of Camden, Burdette said.

Officers were dispatched around 3 a.m. to the location, Burdette said, and found the two females walking away from the residence. One of the women claimed she had been held against her will and raped by the man inside the house, he added.

The woman said she had to gone to visit a friend at the house and that he wouldn’t let her leave, Burdette said. 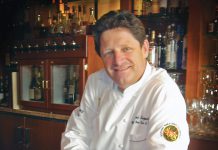 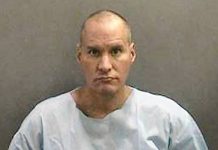