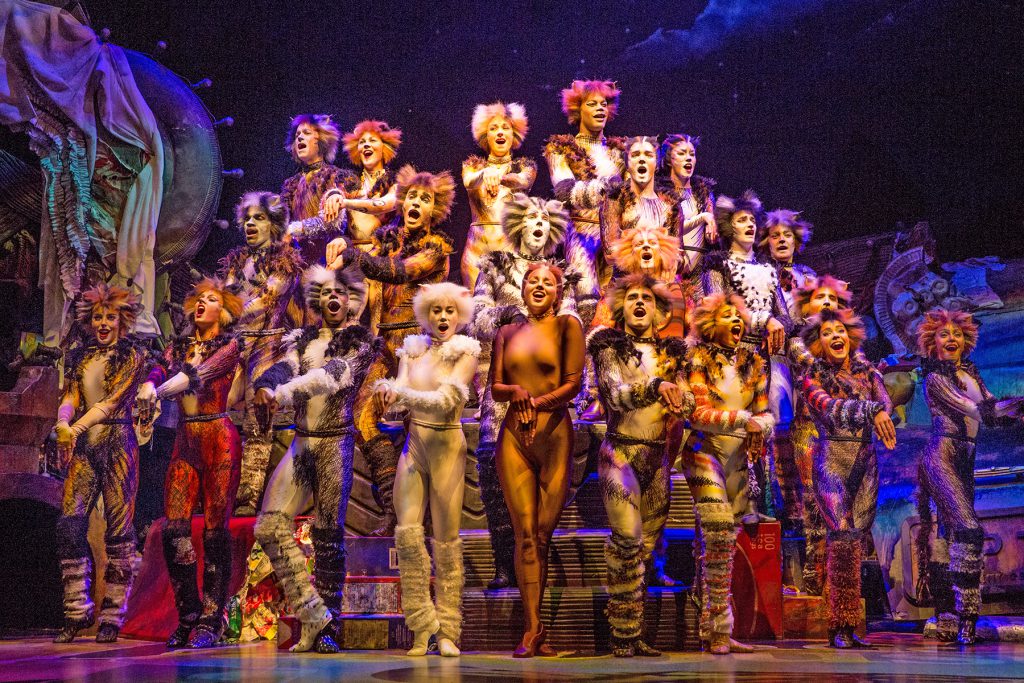 They say that cats have nine lives, but the Broadway musical “Cats” seems to live forever.

Composed by Andrew Lloyd Webber and based on T.S. Eliot’s “Old Possum’s Book of Practical Cats,” the original Broadway production of “Cats” opened in 1982 at Broadway’s Winter Garden Theatre, where it ran for 18 years and logged 7,485 performances. it won seven Tony Awards including Best Musical. Both the original London and Broadway cast recordings won Grammy Awards for Best Cast Album. The hit song from “Cats,” “Memory,” has been recorded by more than 150 artists from Barbra Streisand and Johnny Mathis to Liberace and Barry Manilow.

The creative team for this new production of “Cats” included choreography by Andy Blankenbuehler, who won a Tony Award for his choreography of another famous musical, “Hamilton.”

Since its world premiere, “Cats” has been presented in more than 30 countries, has been translated into 15 languages, and has been seen by more than 73 million people worldwide.

That number is going up, because a new national tour of the Broadway revival of “Cats” is coming to Segerstrom Center April 9-14.

Dan Hoy plays Munkustrap in the touring production of “Cats.” He’s been on the tour since January and is contracted through the early part of 2020.

During a recent phone interview from Sacramento, where “Cats” was playing prior to coming down to Costa Mesa, Hoy told me that this was his first tour, and the nomad life took some getting used to. 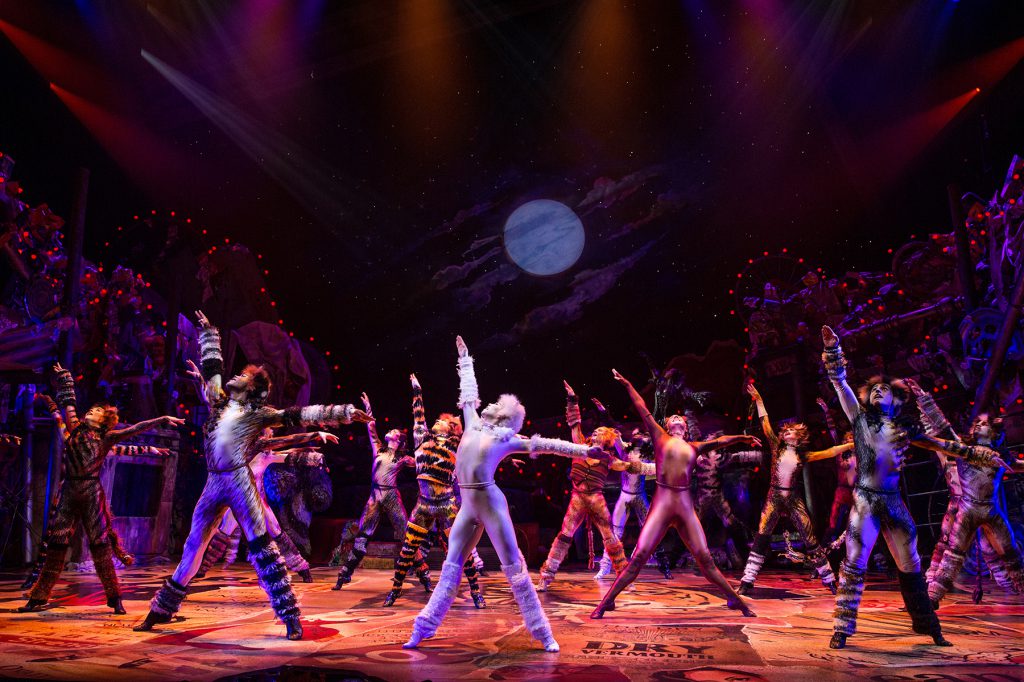 “It’s a different set of challenges,” he said. “As far as the performance goes, the biggest learning curve is getting used to brand new spaces. Last week we were in Seattle, this week Sacramento, next week Costa Mesa. Each theater is different, backstage is different, the house is different, which is important because we spend a lot of time out in the audience, so getting used to each house has been a really cool challenge.”

“As far as day to day living, you have two suitcases and a trunk to shove your entire life into, so I’m getting used to pairing down and just having the essentials, trying to make each hotel feel a little like home,” he added.

Hoy said he’s getting paid to “do something I love and travel the country. That is insane. It is such an honor. I am taking time in every city to do at least one thing. In L.A. we did the Hollywood sign and Hollywood Boulevard. In Seattle I did the space needle. I am excited to come to Costa Mesa,” which Hoy noted is not far from Newport Beach.

“I am from Cleveland originally and we do not have beachfront property, so I am excited for that.”

Hoy said he grew up watching the 1998 recording of “Cats” and even wore out a VHS copy.

“Something about this show was so magical to me as a kid—the dancing, the costumes, the general energy of the piece. It was really attractive to me growing up.”

And now here he is in “Cats,” which follows a tribe of cats gathered for their annual Gellical Ball, where in addition to singing and dancing, they select one member of the tribe to go to the Heaviside Layer (heaven).

“Cats” is known for its colorful makeup and costumes. Hoy arrives early to the theater each night because it takes about two hours to do his makeup, which he said was another big learning curve for him.

Once his makeup is done, it’s time for wigs – made of yak hair – and his tight leotard costume. The cast has a warm-up procedure to get limber, and then it’s show time.

“The lighting in this revival production has changed,” it’s all new,” said Hoy. “The show is more flashy and vibrant than before. It’s quite a spectacle to behold, it’s infused with a new life. Whether it is the first time seeing this production or you are coming to see it again, you really do get to live this experience for the first time. It’s been a while since a tour of ‘Cats’ has been out and about. I talk to people at the stage door and someone will say this has been one of my favorite shows of all time and I have been waiting my entire life for it to come to town. It’s a big occasion for them, so it’s really cool to be the one to deliver that moment to them.”

For tickets to “Cats,” visit SCFTA.org.