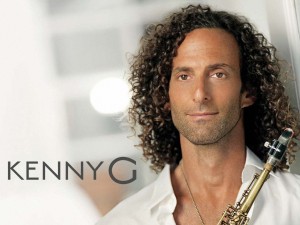 As Shakespeare so famously exclaimed: “If music be the food of love, play on!”

Why not take a cue from The Bard and titillate your palate this Valentine’s Day with a musical menu in addition to the traditional chocolates and champagne?

Awaken your senses with the smooth, sexy sax stylings of Kenny G and savor the sumptuous show tunes of Broadway songsters – and real life couple – Marin Mazzie and Jason Danieley next week when Segerstrom Center for the Arts hosts a pair of Valentine’s-themed concerts in celebration of love’s special day.

Making his debut with Orange County’s own Pacific Symphony, Kenny G brings his iconic blend of R&B, pop, Latin and contemporary jazz to the Renée and Henry Segerstrom Concert Hall for three nights as part of the Symphony’s ongoing Pops series.

A professional performer since the age of 17, when he joined Barry White’s Love Unlimited Orchestra, the Grammy Award-winning saxophonist claimed international success with “Duotones” in the 1980’s. Since then, he’s worked with mega-stars from Aretha Franklin and Whitney Houston to Michael Bolton and Natalie Cole.

For his concerts with Pacific Symphony he’ll perform both oldies and newbies, with unforgettables such as “Songbird,” “Silhouette,” “Baby G,” “Midnight Motion,” and “The Moment” intermingled with popular tunes from his latest recordings: “Namaste” and “Heart and Soul.”

The program also includes Pacific Symphony’s rendition of “Seventy-six Trombones” from “The Music Man” and “Century of Flight,” accompanied by its own video. Finalists from the Symphony’s “OC Can You Sing” competition will open the concert with familiar favorites from “Carousel,” “Funny Girl,” “Jekyll and Hyde,” and “Les Misérables.” Audience members can vote for the first-place winner during the evening, and the lucky recipient will return to perform at a future Pops concert.

Over in the Samueli Theater, the Center’s Cabaret Series will be welcoming Marin Mazzie and Jason Danieley for He Said/She Said.

The dynamic husband and wife duo, who recently performed together on Broadway in the Tony and Pulitzer Prize-winning musical “Next to Normal,” sings their way 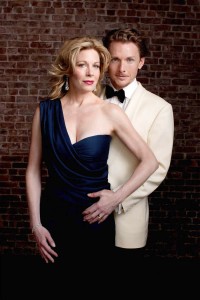 Three-time Tony Award nominee Mazzie is a respected actress and singer whose career has taken her from New York’s Broadway to London’s West End, where she received an Olivier Award nomination for her debut there as Lilli/Katherine in the popular revival of “Kiss Me Kate.”

Actor/singer Danieley, whose Broadway credits include an Outer Critics Circle Nomination for his role as Aaron Fox in “Curtains” as well as appearances in “Candide” and “The Full Monty,” is also a recording artist–his rural jazz band, The Frontier Heroes, just released a debut CD entitled “Jason Danieley and The Frontier Heroes.”

Arriving in the wake of rave reviews, He Said/She Said promises both fizz and sizzle. Mazzie and Danieley’s latest collaboration takes a dashing conversational tone, creating a volatile musical repartee with topical tunes such as “Something’s Gotta Give,” “Too Close for Comfort,” “Come Back to Me,” and “Love Me or Leave Me.”