The Rolling Stones, Fleetwood Mac and Bruce Springsteen are coming to Newport Beach this summer—in the form of tribute bands who will be performing free concerts as part of the 2016 Concerts on the Green series.

Presented by the Newport Beach City Arts Commission, the concerts will be held in July, August and September on the Civic Center Green, 100 Civic Center Drive.

All of the concerts are held on Sundays, beginning at 6 p.m. and ending at 7:30 p.m.  They are free and open to the public with free parking available in the adjacent Civic Center parking structure (the top level is a perfect spot to tailgate and watch the concerts) and Central Library parking lot.

Sunday, August 21: Rumours. Relive the rock and roll magic of Fleetwood Mac with period-accurate equipment and costumes to spot-on characterizations and musical performances. Rumours takes you back to a time when music was an unbridled cultural experience and bands really put on a show. The band recreates the legendary group in its heyday (1975-1979) with vocalists Jesika Miller and Rebecca Fishman, drummer Nic Brower, guitarist Taylor Locke and bassist Nic Johns.

Sunday, September 11: The Springsteen Experience. As the premier Springsteen tribute band, this group will take you back in time to 1975, just after the release of Bruce Springsteen’s breakthrough album “Born to Run.” Josh Tanner is a Jersey-grown reincarnation of “The Boss” himself. Along with his explosive band, Josh delivers an authentic re-enactment of a Bruce Springsteen concert that leaves both audience and performers exhausted and elated.

More information can be found on the City’s Cultural Arts webpage at newportbeachca.gov/CulturalArts. 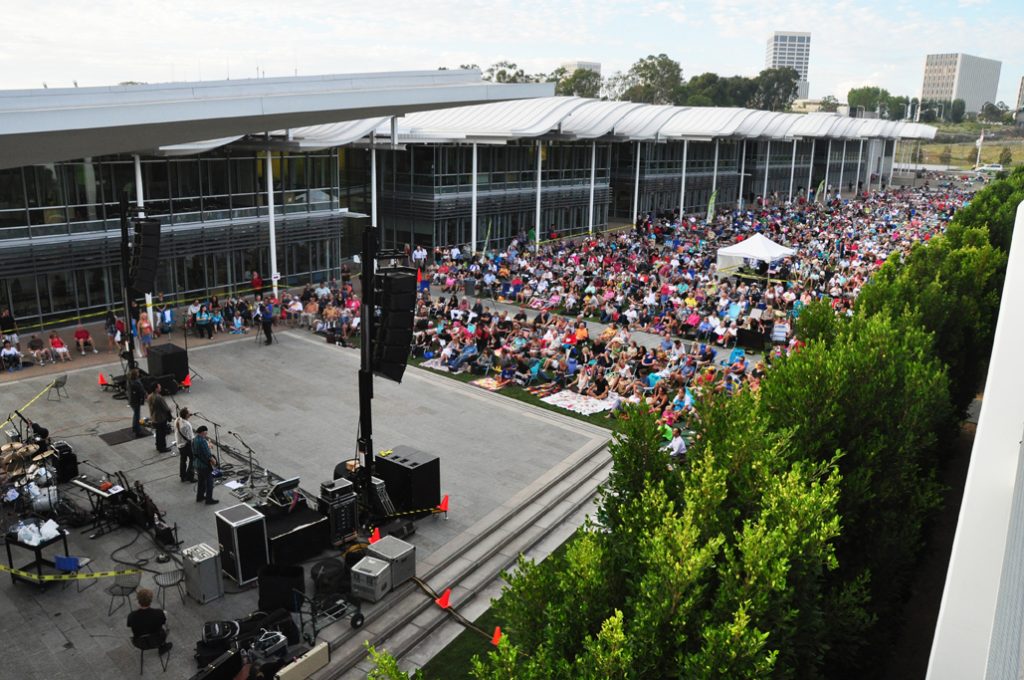