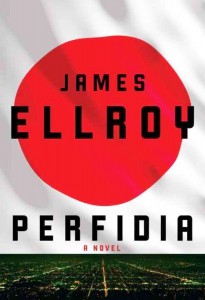 Imagine being a ten-year-old boy growing up carefree in California in the post-war 1950s. Then, imagine how life would change on a dime when your mother’s body was found dumped by the side of the road in El Monte, her murder never to be solved.

For me, the scenario seems patently unimaginable, but it actually happened to acclaimed noir author, James Ellroy.

As a boy, Ellroy devoured crime novels, and developed a particular fascination for the case of Elizabeth Short, known after her death as the famous victim the Black Dahlia.

After his mother’s death, however, he became a young man haunted by his demons. Unable to reconcile his emotions after such a gruesome loss, he became an alcoholic and petty criminal, even spending time both homeless and behind bars.

Eventually, Ellroy got clean, and found work as a caddy on Los Angeles’ many golf courses. It was during these days, as he walked the courses, that he first began to harness his storytelling capabilities. Combining his narrative skill with his interest in crime, and fascination with the underbelly of L.A., the concept for a novel began to take shape.

That novel, “The Black Dahlia,” meshed the story of his own mother’s murder, with the details of the famous crime he had read about in his youth, giving birth to a series of books that would come to be known as the L.A. Quartet, and later, inspiring a movie by the same name.

Universally dark, Ellroy’s novels shine a light on the seedy side of the City of Angels, depicting a place where corruption is tightly woven into the fabric of

law enforcement and politics, and everybody can be bought for a price.

Falling into both the crime noir and alt-history genres, The L.A. Quartet, comprised of “The Black Dahlia,” “The Big Nowhere,” “L.A. Confidential,” and “White Jazz,” tells the tale of the shadow life in Ellroy’s hometown during the 1950’s. This post-war era was a different time to be sure. “Politically correct” was a term that had not yet been coined, nor a notion that had been imagined. Racism was not only acceptable, but often the norm, and women were meant to be in the background, anticipating and filling the needs of the men.

Along with the L.A. Quartet, Ellroy is well known for his other series of books: “American Tabloid,” “The Cold Six Thousand,” and “Blood’s a Rover,” which collectively make up the USA Underworld Trilogy.

From the pages of these seven novels, Ellroy has culled the characters that make up the backbone of his new book, “Perfidia.” In a unique meshing, he takes key figures from his past writing to launch The Second L.A. Quartet, a new series, of which “Perfidia” is the first. Rather than carrying their stories forward, however, he is taking readers back in time, as he crafts a serial prequel.

“Perfidia” finds us in the 1940s, on the cusp of war, as the Japanese bomb Pearl Harbor. Formerly a safe community for Japanese-Americans, Los Angeles finds itself embroiled in the same race hate as the rest of the nation, and a Japanese family of four is brutally murdered.

As the novel endeavors to solve this crime, it examines the larger crime of war itself, all the while inviting readers to view the most base of human realities.

In conjunction with the launch of this new flagship novel, Ellroy will be visiting the Newport Beach Public Library next week. As part of the “Library Live” series, he will be discussing “Perfidia,” participating in a Q&A, and signing copies of his book.

The event will take place at the Central Library on Thursday, Oct. 30, with doors opening at 6:30 p.m. The lecture will begin at 7, with a book signing and coffee reception immediately following. While it is free of charge, a ten-dollar donation is suggested at the door. Advance reservations are also strongly suggested.