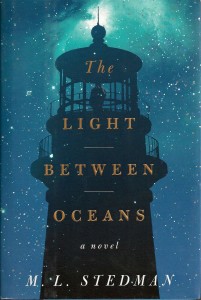 The past week has given the word stressful a new meaning.

I’ve had a car accident, rented a car, had that car’s engine die, and been towed to the airport to pick up another.

I’ve arrived at the meat market, only to find that my weekly order of steak – 65 pounds worth, ready to be fed to a hungry football team – was not only not ready, the machine used to cut it was on the fritz.

I’ve also unexpectedly bought a car, dealt with the DMV, and handled a little school and teacher drama—something you fellow parents know is likely the most stressful of all.

If ever there was a time that I wanted to cry, “Calgon, take me away,” it was this week. Those commercials from my youth always showed a harried mother stepping into a luxurious bath, and being whisked away to a tropical locale, umbrella drink in hand. Unfortunately, I don’t have time to escape into a bubbly bath, and I think they quit making Calgon somewhere around 1987. So, I’ll turn to the next best thing: escaping into a book.

I’m sure that somewhere out there are at least a couple of you in similar need, and so it is that I give you the Under Cover Book Club pick for the month of October, “The Light Between Oceans,” by M.L. Stedman.

Never having a shortage of good books waiting in the wings, “The Light Between Oceans” is a book I had previously purchased, but haven’t yet gotten to

enjoy. A debut effort for Stedman, it has been universally praised as a richly woven tale, relying on lyrical prose to paint a picture for the reader, and allowing well-developed characters to carry the story.

While the characters are given rich voices, and have been said by many reviewers to have stayed with them long after the book has been closed, the author herself is a different story.

Stedman’s bio consists of only a single line, “M.L. Stedman was born and raised in Western Australia and now lives in London.”

Preferring to keep her own story somewhat of a mystery, Stedman feels that the trend of promoting the author, rather than the work, takes away from the reader’s ability to really focus on the story.

She has said, “I like the reader to be free to inhabit fully the world of the book. I think that’s more difficult if the author is effectively standing between the reader and the story—a bit like making a movie and then standing in front of the screen.”

Like a true storyteller, she allows her tales to speak for themselves.

In “The Light Between Oceans,” we meet Tom Sherbourne who, after returning from WWI, takes a job as the keeper of the lighthouse on remote Janus Rock.

Bringing his young, vivacious wife Isabel with him to this new life, he envisions an insular existence wherein his family can live without the disruption of the world around them.

In the ensuing years, Isabel will suffer miscarriages and a stillbirth, leaving her childless and desolate. When a boat comes ashore on Janus rock, bearing a dead man, along with a very much alive infant, Isabel clings to the child, apparently sent from heaven.

After deciding to keep the baby and raise her as their own, the couple discovers that there are always consequences to our decisions. For those choices that cause us to question, or even set aside our morals, the stakes are even higher, as where there is joy for one; there is often sorrow for another.

I hope you will join me on another literary journey through M.L. Stedman’s “A Light Between Oceans.” I can’t wait to hear what you think when we have turned the last page.