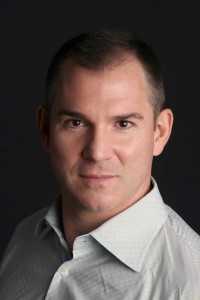 “An idea for the Senate: brown paper bags. You know, the kind in which you cut little holes for your eyes and your nose and a bigger, wider hole for your mouth…anything to obscure their actions and make it easier for them to actually cast votes in line with their best judgment and consciences. Oh, you thought they always did that? Well then I won’t spill the beans on Santa or the Easter bunny, either.”

While his comments might not make him any new friends on Capitol Hill, they likely ring true to many of us regular folk who are frustrated with what has become our governmental status quo.

Through his long and successful career as a journalist, with assignments that have seen him cover covering everything from the metro desk to the presidential campaign of George W. Bush, in addition to granting him titles such as Rome bureau chief, and chief restaurant critic, Bruni has amassed the type of life experience that makes him uniquely qualified to hold court on just about any current issue one might want to discuss.

Interestingly enough, that’s exactly what he plans to do when he visits Newport this month as the latest speaker in the Newport Beach Public Library Foundation’s Witte Lecture Series.

Bruni will be appearing at the Newport Beach Central Library on Friday, March 21 and Saturday, March 22. His lecture will cover current issues making headlines around the nation. Both sessions will include a lecture, Q&A, book signing and desert reception.  Friday night’s event will also include a wine reception and music prior to the lecture.

Tickets are $50 for the Friday evening engagement, or $35 to attend on Saturday afternoon, with Library Foundation members receiving a $5 discount for either option.

In Bruni’s recent columns, he has tackled controversial topics like the fight surrounding the Texas woman, who though brain dead was compelled by the state – against her family’s wishes – to remain on life support because she was pregnant.

He has discussed such societal tide-changers as the story of Michael Sam, the college football star who will be the first openly gay player in the NFL.

He has profiled big-ticket public figures with names like Hillary Clinton and Pope Francis, as well as those with less recognizable names, like Emilio Vicente, the young man who despite being an undocumented immigrant recently ran as a candidate for student body president at UNC, becoming a poster child in the quest for immigration reform.

And, while he excels at shedding light on important topics and people we should know about, he doesn’t shy away from turning the light on himself as well.

In his 2009 memoir, “Born Round: The Secret History of a Full-time Eater,” Bruni discussed his lifelong struggle with overeating, and his continuing love-hate relationship with food.

He shared what is was like to be a man with an eating disorder, and how his own self perception kept him from going after the things he deserved.

In other writings, he has opened up about his previous addiction to sleeping pills, and he was himself a standard bearer of sorts when in 2011, he became the first openly gay Op-Ed columnist at the New York Times.

For more information on Frank Bruni, or to sample some of his columns, please visit bruni.blogs.nytimes.com.

For more information on his lecture at the NBPL, or to purchase tickets, please visit nbplfoundation.org, or call (949) 548-2411.

Edie Crabtree is an avid reader and the mother of three active boys.  She can be reached at [email protected], or on the Facebook page, UnderCoverBookCorner.