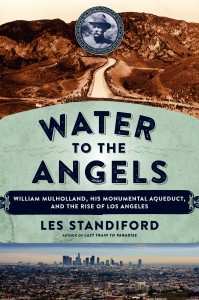 During this time of severe drought, Californians know better than ever the importance of our water supply. We have all (hopefully) done our part to conserve, reducing our shower time and watering sparingly. Do we, however, really ever pause to consider how exactly our water comes to us in the first place?

In the greater Los Angeles area, the presence of fresh, flowing water is thanks in large part to the ingenuity of an Irish immigrant by the name of William Mulholland.

Arriving in America at the age of 17, Mulholland was a poorly educated young man who found work as an entry-level manual laborer in the growing Southern California region. Ingenious, and always a creative problem solver, he became, over the years, a self-taught civil engineer, and rose to the office of Superintendent of the Los Angeles Water District.

It was while serving in this capacity, that he conceived of and oversaw the construction of the largest water project ever built – the aqueduct that carries water 223 miles from the Sierra Nevadas to Los Angeles. 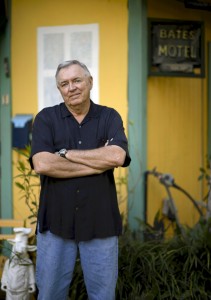 other historically significant achievements in engineering, has now released a new book chronicling the story of Mulholland, and how his innovation allowed Los Angeles to become the thriving metropolis as we now know it.

Standiford, in addition to being an accomplished author, is also a professor of English as well as the Director of Creative Writing at Florida International University in Miami. He is regarded for his incredible ability to take a piece of non-fiction, and infuse the players in the story with such life that they are as vividly and richly portrayed as those in an excellent work of fiction.

This talent makes the story told in “Water to the Angels: William Mulholland, His Monumental Aqueduct, and the Rise of Los Angeles,” all the more enthralling.

Already possessing the hallmarks of a great story –rags-to-riches common boy does good, hard work saves the world, and so on – the tale of bringing water to a dusty desert town with big dreams has a dark side as well.

Just before the turn of 20th century, Los Angeles had a population hovering somewhere near 50,000. When the idea for the aqueduct was conceived in 1907, the water supply was quickly dwindling, and residents were faced with water problems even more dire than those we now find ourselves with. And, while the completion of what has become known as one of the greatest civil engineering feats of all time saved Los Angeles, it came with heavy doses of political backstabbing, and the devastation of the Owens Valley, whose lake was sacrificed “for the greater good.”

Now, Standiford brings the tale to Newport, as he is set to appear at the Newport Beach Public Library on Thursday, March 31.

As a part of the Library Live series, the event is free of charge to library patrons; however, donations are always welcome. While there is no cost to attend, reservations are still recommended.

The event will begin at 6 p.m. with a coffee bar hosted by Nespresso, and will continue at 7 p.m. as Standiford shares Mulholland’s story, along with what we can learn today from his efforts and innovations.

After the presentation, there will be a Q&A session, followed by book sales and signing. For more information, visit nbplfoundation.org.

Arguably one of the most important figures in the rise of Los Angeles, Mulholland’s is a fascinating tale, full of perseverance, triumph, and ultimately tragedy, as his career ended with the collapse of the St. Francis Dam, an event that cost many people their lives. Told expertly by Standiford, it is a tale worth hearing of a man whose legacy we are still feeling the impact of today.