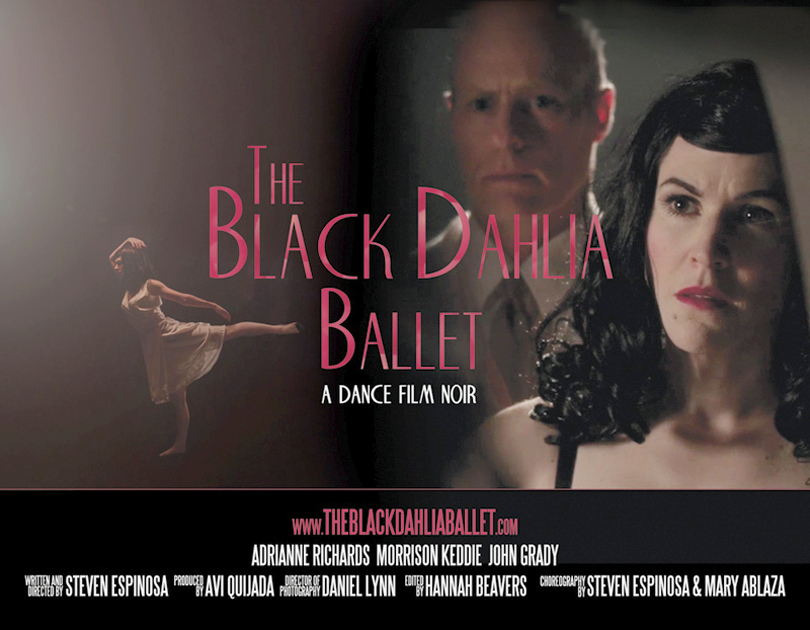 Haunting as a heartbeat about to be snuffed, “The Black Dahlia Ballet” delves into two women’s psyches and delivers a chilling, atmospheric piece of dance cinema infused with pulse-pounding suspense.

Writer/director Steven Espinosa’s film noir short, which screens this weekend as part of the 2014 Newport Beach Film Festival, is a deep, dark, and poignant work of art, rich with emotion and the imminence of loss—thanks in part to a moody jazz score from composer Bob Belden’s album “Black Dahlia.”

“The challenge, for me, was how to tell an interesting story and not just do a dance piece on film. I feel really lucky that it turned out as well as it did,” says Espinosa, a former ballet dancer turned MTV performer whose short went on to win awards for Best Music Video, Best Screenplay, Best Cinematography and Best Editing at the Women’s Independent Film Festival as well as acceptance into the Idyllwild International Festival of Cinema and the Dam Short Film Festival.

Espinosa’s film conjures the spirit of murdered actress Elizabeth Short (known as the Black Dahlia because of her preference for wearing only black with a white flower in her hair) through the eyes of a young dancer hired to portray her.

Only 22 when she died in 1947, Short’s horrific slaying remains unsolved to this day.

“The lines of reality and unreality begin to blur for her,” explains Espinosa of his film’s main character, eerily embodied by Adrianne Richards with a come- hither confidence and bone- 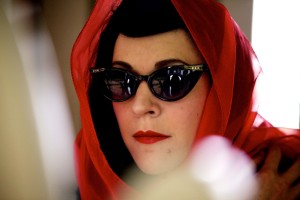 deep vulnerability. “It’s an unusual concept, the idea of an actress hired to play the role of the Black Dahlia. It has elements of ‘Black Swan’ in it, but the difference is that it’s based on a true crime story.”

“The idea of the girl/actress becoming the character as she puts on her stockings, slips on a dress, that’s what I find really interesting,” says Espinosa, who went back to his dance roots with “The Black Dahlia Ballet,” co-choreographing the near-minimalist moves with friend Mary Ablaza in an evocative style that looks deceptively simple.

“My work is like an homage to what ballet was in the early days in America, where there’s a long tradition of telling a story and developing a character combining music, dance, and gesture. ‘The Black Dahlia’ is like a silent film in that respect, and some of the festivals are really intrigued by it because it is so unusual.”

“The Black Dahlia Ballet” will be shown on Tuesday, April 29 as part of the 2014 Newport Beach Film Festival’s “Femme Factor” short film screening at 5:30 p.m. in Starlight Triangle 8 Cinemas. For more information go to newportbeachfilmfest.com or theblackdahliaballet.com.