Saturday, June 22 started off cloudy, but the sun broke through in time to shine on the 10 new sculptures that have been installed as part of Phase IV of the Sculpture Exhibition in the Civic Center Park.

“This is a museum without walls” noted Greer. “I often see people out and about, strolling around the sculptures. It’s enjoyed by patrons of all ages.”

“Today we celebrate the fourth installment of the sculpture exhibition,” Mayor Dixon told the audience. “The program now has legs. It has helped establish Newport Beach on the arts map. It is the hard work of dedicated residents that decided to bring the arts to Newport Beach.”

Joking that she did not have a gavel handy to bang as part of the dedication, Mayor Dixon said “I officially declare the Sculpture Exhibition open!”

Rick Stein, president of ArtsOC – the organization overseeing the selection and installation of the sculptures – told the audience that the artists came from around the United States, as near as Laguna Beach and Los Angeles and as far away as Michigan and Florida. The youngest artist, Lake Daffner, is 25 and hails from Las Vegas.

Stein also noted that nine sculptures were officially installed in time for the exhibition dedication. One sculpture, “Pinnacle” by Stephanie Bachiero, was on display but is being recast in concrete to make it more stable for the two years it will be on display in the Sculpture Exhibition.

Stein also talked about the selection process, explaining that the public got to vote on their favorite sculptures and those votes were weighed against the opinions of the selection committee. Ultimately though, said Stein, the city council makes the final decision, taking into account the recommendations of the Arts Commission.

Artworks in the Sculpture Exhibition Phase IV include “Spy Boy” by David Buckingham, “Hurricane” by Ray Katz, “The Tot” by Richard Becker, “Wind Swept” by Lake Daffner. “START Now” by Scott Froschauer, “Contender” by John Merigian, “Feathers in the Wind” by Alex G., “Chairman of the Board” by Steven Rieman, “Slices of Heaven” by Craig Gray, and “Pinnacle” by Stephanie Bachiero.

For more information on the exhibition, go to newportbeachca.gov/culturalarts. 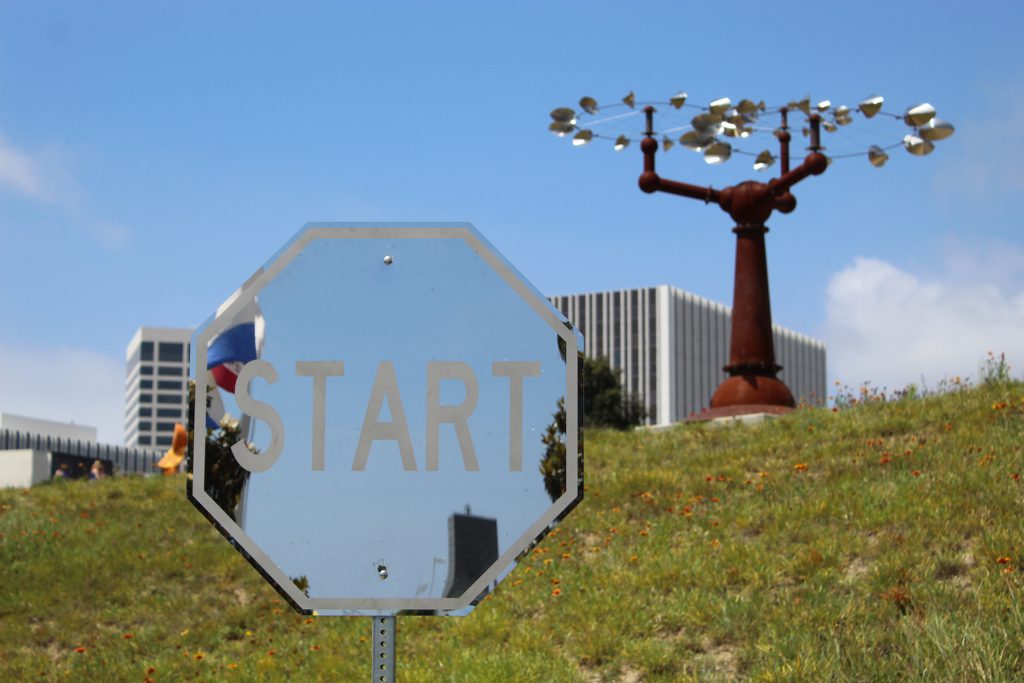 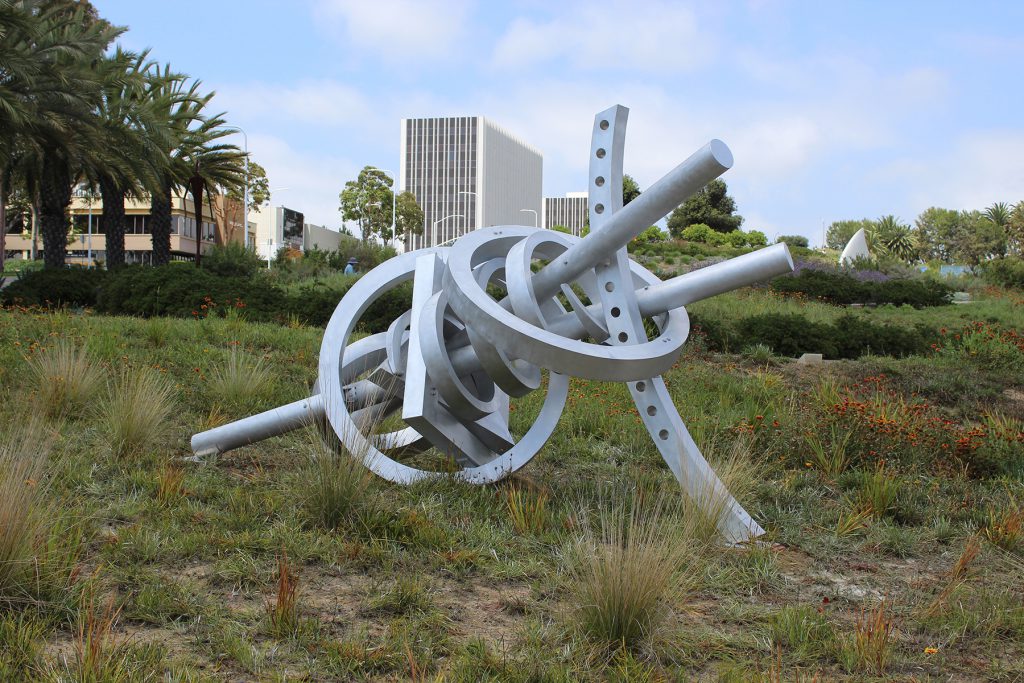