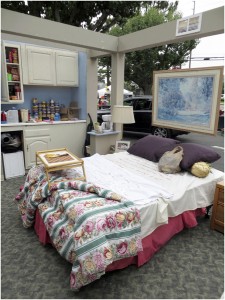 “The face of homelessness in the mind of many people is someone holding a sign at the end of a freeway onramp, not a blond girl with freckles who went to school in Newport Beach,” Jennifer Friend said. “If I hadn’t gone through periods of homelessness as a child, I don’t think my heart would be as tender or as broken for the homeless children in Orange County, and I wouldn’t have the same integrity when talking to parents who are homeless. Once I share my story with them, everything changes.”

“According to the world’s standards, I achieved success,” Friend continued. “But for part of my life as a kid, I shared a motel room with my three brothers and my parents. I’ve operated in both spaces, but never saw how they came together before. I didn’t share my own personal story of homelessness until I felt God wanted me to.”

Friend was a litigation partner at a large law firm, and volunteered for Project Hope Alliance, a non-profit organization helping Orange County homeless children and their families.

“I felt God say, ‘You’re not supposed to be advocating in the courtroom, you’re supposed to be advocating in the community,’” Friend explained. “I prayed about it and resigned from the partnership at my law firm and accepted the position as Executive Director at Project Hope Alliance. It was obviously a big pay cut, but I have an amazing husband who agreed, and I have never regretted it for one second. I have so much peace now; the amount of energy it took to keep everything compartmentalized was freed up. I am so grateful.” 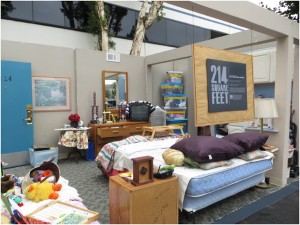 installation that recreates a typical motel room inhabited by a family. It was created for Project Hope, in partnership with UCI’s Claire Trevor School of the Arts, with special support from Friend’s brothers.

“When I tried to explain what it was like for my family of six to live in a motel room, people didn’t have a point of reference,” Friend explained. “When I say ‘motel’ they think ‘hotel,’ and when they think ‘hotel,’ they think vacation and room service. But these families do everything in only 214 square feet, without any walls. We needed a tactile experience, and this far exceeded my hopes and expectations.”

“When we bring it to different campuses, some people can’t go in it, because they’ve lived in motels, and they aren’t emotionally ready,” she continued. “Others have found that it’s been healing. It’s very powerful. We loan it out to other non-profits, and after St. Andrew’s, it’s going to Applied Medical Campus, one of our supporters and donors. St. Andrew’s has been incredibly supportive of Project Hope, even though we are not a faith-based organization.”

Friend is thankful that her story inspires a basis for hope in families who may find themselves homeless.

“When I’m able to share my experiences, and tell them that my brothers are also well educated and successful professionally, it encourages them that they can make it to the other side too,” Friend said. “The families, and the kids in particular, see that their future is not limited by their parents’ economic circumstances. They can have dreams that are just as big as the kid who lives on the waterfront. It is so tremendously healing for me to see how God wove everything together, and that pain was turned in to something positive.”