More than a dozen members of the Newport Beach Police Department, including Chief Jay Johnson, helped raise awareness and funds for the Special Olympics by participating in the annual Special Olympics Torch Run as it passed through town on Thursday morning.

Officers and employees received the Flame of Hope from the Laguna Beach PD at the Newport Coast Drive and Pacific Coast Highway intersection. They then carried the torch to Mariner’s Park at Dover Drive and Irvine Avenue, where they passed it off to Costa Mesa PD.

“Local officers go above and beyond the call of duty with their participation in the Law Enforcement Torch Run, which is Special Olympics largest grass-roots fundraiser and public awareness vehicle,” the Special Olympics Southern California website states. “The Southern California Torch Run is one of the leading programs in the world having raised nearly $1.3 million in 2013.”

The Torch Run is a partnership between communities, law enforcement agencies, and Special Olympics, explained NBPD spokeswoman Jennifer Manzella in a press release.

“Officers representing many law enforcement agencies throughout the state collected donations for their participation,” Manzella explained in the statement.

They were sponsored by civic groups, local businesses, and generous friends, she wrote.

“All monies raised by law enforcement personnel go to the Special Olympics and are directed toward program support and development; expenses for athlete participation in local, regional, state, and international competitions; and training workshops and conferences,” the statement reads.

More than 4,000 officers are expected run over 1,500 miles across California this year to the 2014 Special Olympics Summer Games Invitational.

During two-day competition held June 6-8 at the University of Southern California in Los Angeles, approximately 1,200 Special Olympics athletes will compete in basketball, bocce, golf, gymnastics, swimming, and track & field in locations throughout the Los Angeles area.

The main event, the Special Olympics World Summer Games, is scheduled for 2015 in Los Angeles.

The 2015 world games in Los Angeles is the first time in 16 years the games have been in the United States. The last time they were stateside was 1999 in Raleigh, N.C. The most recent 2011 World Summer Games were in Athens, Greece.

More than 7,000 athletes from 170 nations will participate. They will compete in 21 Olympic-type sports, including aquatics, gymnastics, track and field, basketball, football (soccer) and many other summer sports.

More than half a million people are expected to attend the 2015 games.

“Special Olympics World Games bring public attention to the talents and capabilities of people with intellectual disabilities, helping to change attitudes and break down barriers that excluded them from the mainstream of the community,” the website states. 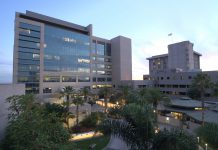 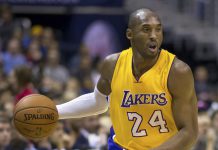