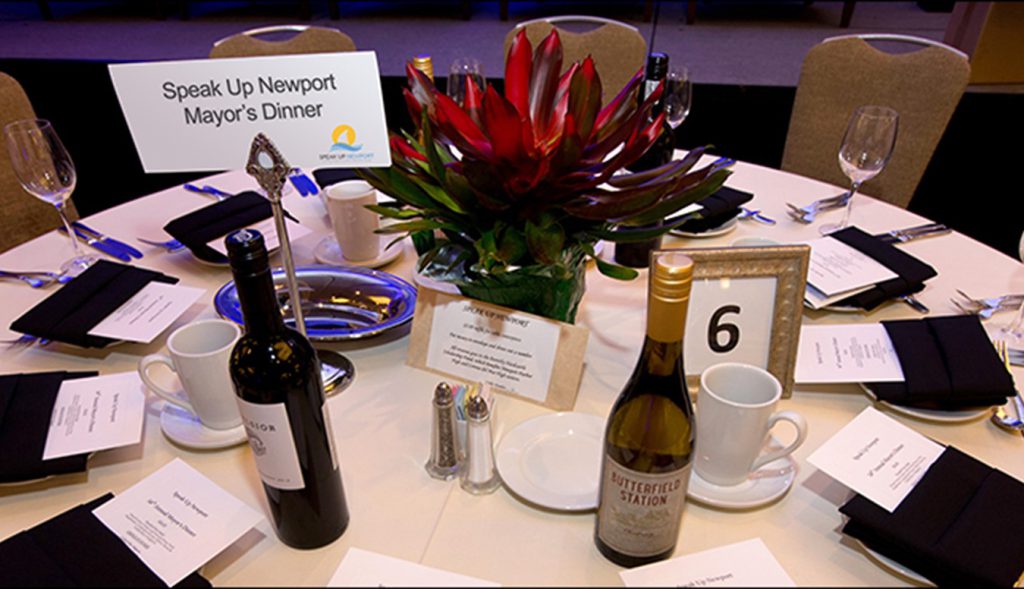 Speak Up Newport President Edward Selich has announced that the 40th Annual Mayor’s Dinner, originally scheduled for February, has been rescheduled to May 19, 2022.

The rescheduled dinner will be held at Newport Beach’s newest hotel, VEA Newport Beach (formerly the Newport Beach Marriott). In addition to attending the Mayor’s Dinner, this will be an early opportunity to experience this reimagined hotel and all that is has to offer.

Although it is occurring later than normal, the Speak Up Newport Board felt it was important to continue the tradition of the Mayor’s Dinner and not cancel it again this year.

The rescheduled event will have all the traditional elements of the Mayor’s Dinner and will remain as in past years, including Mayor Kevin Muldoon giving a State of the City Address.

Tickets and underwriters tables can be purchased at

About Speak Up Newport:  Speak Up Newport (SUN) is a non-profit, non-partisan citizens group organized to promote the common good and general welfare of the Newport Beach community.  Founded in 1979, SUN meets monthly, presenting a public forum to hear topics of interest to the local community. It produces the annual Mayor’s Dinner each February, featuring the Mayor’s annual State of the City address.

Over the years SUN has presented programs on every area of community concern from elected officials to land use and political issues to environmental, education and historical issues.

SUN still strives to continue to improve the quality of all its programs and continue to educate and inform residents and businesses in the city.