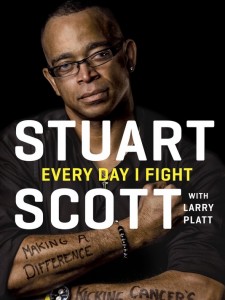 This week has brought the return of the Goodreads Choice Awards. I like to think of these as the “Armchair Quarterback Awards” of the reading world. While most other major honors are bestowed upon books by publishing houses, professional critics, librarians, and the like, voting for this award is open to any average reader who has access to the internet and a few minutes to spare.

Books are originally nominated by goodreads.com, using a formula that considers their ratings on the website. During the opening round of voting, readers also have the opportunity to write in those deserving titles they feel may have been overlooked. The top five write-in nominees from each genre will enter the next round of voting, along with their traditionally nominated counterparts, where they will battle for the chance to make it to the final round.

The final round will consist of the top ten titles in each genre, whittled down from the original fifteen nominees and five write-ins. The winners of this final round will be crowned the undisputed fan-favorites for 2015.

Readers will be able to vote in the Opening Round through November 8, and after a short break to tabulate results, the 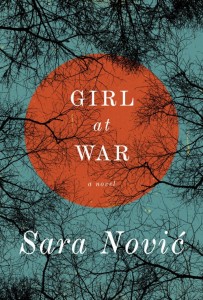 The following are a few nominees that caught my eye:

“Girl at War,” by Sara Nović (Fiction) tells of young Ana, a girl living a carefree life in Zagreb in the summer of 1991. As war breaks out across Yugoslavia, her world is shattered. Ten years later, as a college student who has immigrated to America, and rarely speaks of her past, Ana returns home to Croatia to make peace with her journey.

“Epitaph:  A Novel of the O.K. Corral,” by Mary Doria Russell (Historical Fiction) is a follow up to her previous novel, “Doc,” which was centered around the life of famed Western icon, Doc Holliday. In “Epitaph,” Russell digs through all the hype and folklore surrounding the famous shootout in Tombstone, AZ, to look at what really happened during those fateful 30 seconds, how it affected the area, politically and developmentally, and how hard Wyatt Earp’s wife worked in the ensuing years to make sure her husband came away with a heroic legacy. 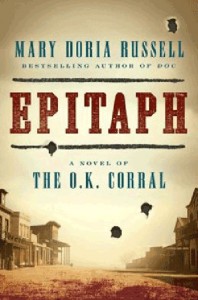 “Every Day I Fight,” by Stuart Scott with Larry Platt (Memoir & Autobiography) was finished by the popular sportscaster just before his death from cancer in January of this year. Chronicling his childhood, life as an athlete, and ultimate success at ESPN, it also tells of his brave fight in the face of what turned out to be an unwinnable battle with cancer. As Scott said, “When you die, it does not mean that you lose to cancer. You beat cancer by how you live, why you live, and the manner in which you live,” and this posthumous release shines a light on an incredible life story.

These titles don’t even begin to scratch the surface of the pool of excellent reading options included among this year’s nominees. Voting aside, it is a great place to look to find your next good read (no pun intended.)

For a full listing of nominees, or to vote for your favorite title, please visit goodreads.com.

Edie Crabtree is an avid reader and the mother of three active boys. She can be reached at [email protected].