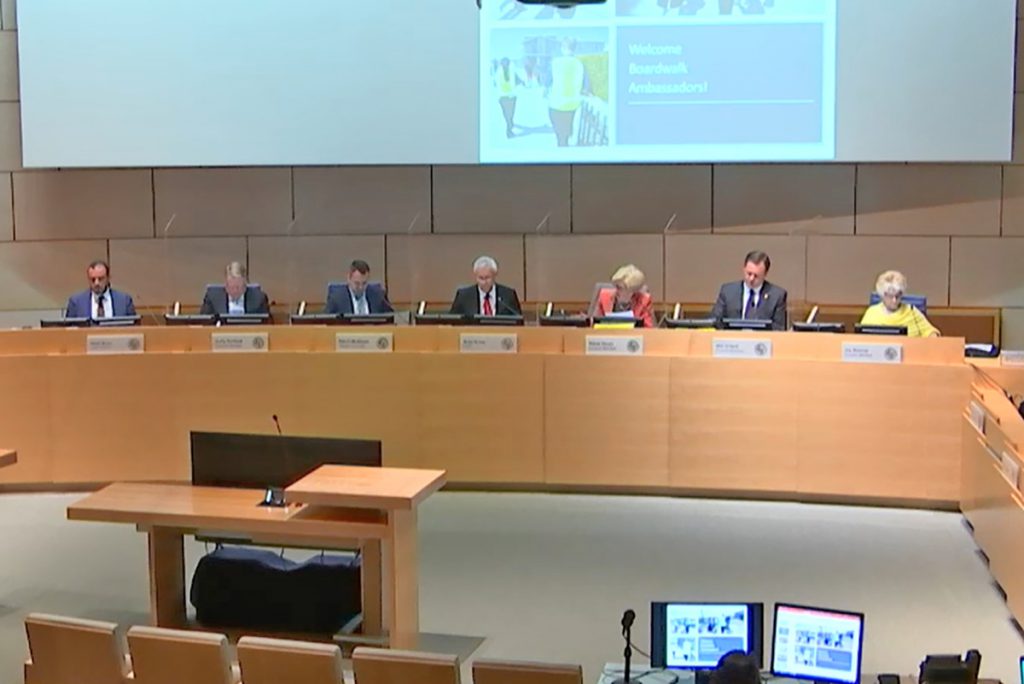 Our next City Council meeting is Tuesday, August 24, 2021. Items that may be of interest are highlighted below.  The entire agenda, and all reports, can be viewed at https://www.newportbeachca.gov/Home/Components/Calendar/Event/64220/72.

There is no Study Session. The Regular Meeting begins at 4 p.m. with a closed session.  The Council will reconvene at 5 p.m. for open session, with the following items of note:

On the Consent Calendar

A proclamation to end a local emergency regarding the infestation of an invasive algae species, Caulerpa Prolifera, in Newport Harbor. The Council declared the local emergency in May after a patch of the invasive algae was discovered near the China Cove area of Newport Harbor. The plant, which is commonly used in aquariums, is not toxic to animals or humans but can quickly overtake native habitats and cause significant environmental damage. Newport Beach supported multiple state and local agencies and contract divers who removed the Caulerpa in July. The cleanup effort was successful, and the state agencies and the City will continue to monitor the harbor floor to ensure that the Caulerpa does not return.

Visit Newport Beach, Inc. (VNB), a business unit of Newport Beach & Company, which provides destination marketing services to the City of Newport Beach under contract agreement has submitted their fiscal year 2022 business plan, annual budget, and fiscal year 2021 performance standards report. Under the agreement, VNB is required to submit business plans, budgets and performance reports to the Council on an annual basis. The agreement with VNB runs through December 31, 2024.

The Council will hear a request to remove and replace two lemon-scented gum eucalyptus trees, designated as special neighborhood City trees, in the public right-of-way at 1317 and 1323 Ashford Lane. After City staff initially denied the request, the applicant appealed the decision to the Parks, Beaches, and Recreation Commission. In June, the Commission upheld staff’s decision to deny the removal request. The Commission’s decision is now being appealed to the City Council for consideration.

The Council will consider an appeal of a determination made by the City’s Community Development Director, issued on April 30, interpreting that resort hotels may allow residential uses under certain conditions. The determination was made in accordance with City Council direction under Council Policy K-4 (Reducing the Barriers to the Creation of Housing). The determination was appealed by Stop Polluting Our Newport (SPON) to the City’s Planning Commission, which denied the appeal and upheld the Director’s determination. Following the Planning Commission’s decision, SPON filed an appeal to the City Council. The Council will consider whether the Director’s determination is consistent with Council Policy K-4.

In response to neighborhood safety concerns, a proposal to close Tustin Avenue at Cliff Drive to vehicular traffic, on a trial basis, will be considered by the Council. City staff has consulted with residents on potential safety improvements and is proposing a trial closure, to vehicular traffic only, at the north end of Tustin Avenue at Cliff Drive. Staff will conduct a traffic analysis during the four-month trial period, which will be used to help determine whether the temporary closure should be made permanent.

The Newport Beach City Council meets on the second and fourth Tuesdays of most months (the exceptions are August and December). Typically, there is a Study Session that starts at 4 p.m. Study sessions are times for the Council to take a deeper look at a specific issue, or hear a presentation, that might eventually lead to a specific and more formal action. A closed session often follows the Study Session. Closed sessions are typically to address legal, personnel, and other matters where additional confidentiality is important.

The Regular (evening) Session typically starts at 6 p.m., and often has a specific listing of different items ready for formal votes. Items on the “Consent Calendar” are heard all at once, unless a Council member has removed (aka “pulled”) an item from the Consent Calendar for specific discussion and separate vote. If an item on the agenda is recommended to be “continued,” it means that the item won’t be heard nor voted on that evening, but will be pushed forward to another noticed meeting.

If an item is pulled, the Mayor will offer that members of the public can comment as that specific item is heard separately. Additionally, there is a specific section of Public Comment for items not on the agenda, but on a subject of some relationship to the city government.

If you cannot attend a meeting and/or want to communicate with the City Council directly, this e-mail gets to all of them: [email protected] The City Manager also get’s a copy of the email, because in almost all cases it’s something that the City Manager follows-up on.

The Council meets in the Council Chambers at 100 Civic Center Drive, off of Avocado between San Miguel and East Coast Highway. There is plenty of parking in the parking structure. You are always welcome to attend in person, but you can also watch on TV, Spectrum channel 30 and Cox channel 852 or stream it on your computer.

This Insider’s Guide is not an attempt to summarize every item on the Agenda – just the ones that seem of specific interest to the City Manager. You are encouraged to read the full agenda if you wish.