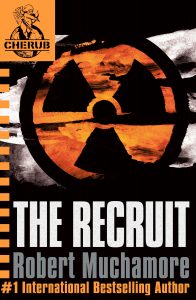 I have a good friend who frequently uses the hashtag #raisingreaders on her social media posts. Truth be told, she is kind of a supermom, and while there are many things I adore about her, one of my favorite things is her dedication to instilling in her children a passion for reading.

The Kerr family reading journey began early, as their oldest son was, incredibly, reading at the age of three. I remember during that time being blown away by his skill, and also by the fact that his mom, Kristie embraced early on the importance of making reading fun, and nurturing an interest in the reading material our kids are drawn to on their own.

During this stage, her little wunderkind had a mild obsession with insects, and I recall on a visit to their home, finding a fat encyclopedic volume there for him to enjoy. Through his own innate curiosity, amazing memory and reading skills, and his mother’s willingness to embrace his unique interests, he was able to learn, while also developing a love of books.

Since then, there have been countless book-themed parties, snacks, and activities that have spanned an endless list of titles as their family has grown. Through all the Percy Jackson, Calvin & Hobbes, Harry Potter, and Ladybug Girl fun, however, one thing has remained as the ultimate goal: raise children who love reading, and make incredible memories along the way.

Of course, as those of us in the mom brigade know, sometimes, despite our best efforts at instilling this love of reading, we end up with a reluctant reader (or two, or three).

I have found that, when reading becomes a chore, which my children seem often to regard it as, it becomes next to impossible to find any title that will spark their interest.

So, I was especially delighted when my youngest stumbled upon a series that has had his nose constantly in a book for the last two months.

As a twelve-year-old boy, he is in a particularly difficult reading stage. Growing out of middle-grade fare, he is not yet quite ready for adult books, and it seems that much of what is written with his age in mind has been labeled as a “girl book.”

Recently, he found himself with extra time at the end of class and no book to read. A friend passed him a copy of a graphic novel to flip through, and it intrigued him enough for him to check the traditional book version out of the school library. Now, eight titles later, I feel like I owe that young man a debt of gratitude.

What series has kept his interest through multiple volumes, you ask? Well, it was one I had previously been unaware of, “CHERUB,” by British author, Robert Muchamore.

The series follows main character, James’ story, beginning on the day his mother dies. After that tragic event, James is recruited into CHERUB, an elite secret spy organization manned by orphaned children. Agents begin their training at the age of ten, running covert operations of all kinds, until they age out of the organization at 17.

Muchamore, interestingly enough, became inspired to write the first CHERUB novel after visiting his twelve-year-old nephew, who lamented the fact that he couldn’t find anything interesting to read. Now, eighteen volumes and a spinoff later, Muchamore has more than filled that void.

With each volume tackling a new mission, the stories are action-packed, while still allowing for character development as readers continue to learn more about the agents. Of course, as we are dealing with spies, the stories do present some more mature situations, and as they are teenagers, there is a smattering of light profanity, so if that is a concern for your children, be forewarned.

A little colorful language aside, this series has lit a reading fire under my son, and as the summer months approach, I wanted to share the flame. Because, as with the whole of parenting, sometimes #raisingreaders takes a village.