Gov. Brown, recently you asserted that Republicans in Sacramento may just need a hug to help end our budget stalemate. Let me respectfully correct you. What we desperately need, and are fighting for, are jobs – private sector jobs – for the more than 2,000,000 unemployed Californians. Private sector jobs generate tax dollars for the state treasury.  Get people back to work and we will all have something to hug about, right?

Preliminary results of a CalRecovery survey find that 8 out of 10 California business owners (84%) wouldn’t locate a new business in this state.  Business owners point to the high costs and frustrations of complying with regulations as a major factor.

To stem the flow of costly regulations, taxes, and fees that spew from the Legislature I have introduced Senate Resolution 11: The Jobs Protection Act.

Under SR 11 any measure that would place burdensome regulations, mandates or taxes on California business would be subject to an Economic Impact Report or “EIR.”  A measure costing a business more than $10,000 would be put on a suspense file to be heard at a later date.  The Jobs Protection Act offers a “dollar and sense” snapshot for the legislature.  With the Economic Impact Report the legislature can see exactly how pie-in-the sky policies impact jobs, our business climate, and California’s bottom line.

There is a very clear nexus between California’s budget woes and our economic malaise.  About half of California’s general fund revenue comes from personal income taxes. Sales taxes add another third.  As the economy falters, these two revenue sources (that account for 80% of the state’s budget) fall precipitously.  Getting people back to work must be addressed to provide a healthy revenue stream for the state.

The evidence is clear, the California Foundation for Commerce and Education recently released its 2011 poll of business executives and 85% of executives polled said the state is on the wrong track, an increase of 8% from 2008.  The survey asked employers to assess the disadvantages of doing business in California. By far respondents believed too much government regulation was a primary factor in creating a disadvantage for California companies (40%). Others cited high state and local taxes (13%) and the state budget deficit (12%).

In addition, the Census Bureau’s 2010 Statistical Abstract of the United States indicates one of every six American employers that closed permanently in 2008 was in California.  Our state experienced 45% more business closures than launches, and by the end of 2008 there were almost 47,000 fewer businesses in California than in 2007.

The real key to California’s economic recovery is job creation and economic growth.  In recent years California businesses have been crippled by a rapidly growing and out of control regulatory climate, excessive energy costs, and unnecessary litigation.  These are the problems that, when properly addressed, will allow businesses to put more people to work. When more people are working, more tax dollars go to the state’s treasury.  A win-win for California.

The Jobs Protection Act attempts to bring such reforms to California by requiring the Legislature to look at the big picture and find ways to meet policy goals without putting jobs at risk with unnecessary or costly regulations and fees.  It would also encourage an environment of looking for business friendly alternatives to policy ideas.

The budget deficit is merely a symptom of a much bigger problem. The legislature must take a close look at how regulations hamper business’ ability to grow and prosper.  A healthy economic climate is good for California – it brings jobs, and jobs bring tax revenue.

While Democrats insist that taxes must be raised to balance the budget; Republicans believe making prudent reforms, controlling spending and slowing the growth of government are better long term solutions. The Jobs Protection Act is a step in that direction.

History has shown that tax increases serve to exacerbate, not solve budget problem.  In 1991, when the state faced a multi-billion dollar deficit, taxes were raised by $7 billion yet state revenues decreased by $2 billion over the next two years. In 2009 this same scenario repeated itself when Gov. Schwarzenegger pushed through ‘temporary’ taxes that Governor Brown is trying to extend right now.

Certainly data highlighting business dissatisfaction with California’s regulatory, tax and litigation climates, coupled with our high unemployment numbers, lends credibility to what Republicans have been saying for years.   People may call this “typical Republican rhetoric,” but the fact is when you’re right, you’re right. 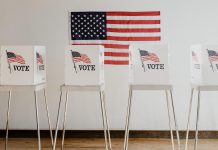 Letter to the Editor: Election Time

Letter to the Editor: Motorbikes on the Boardwalk

Letter to the Editor: Impressed With Our Energetic and Productive Representatives