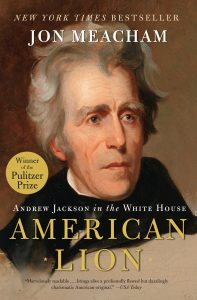 It is an interesting time in America’s history.

In what has become easily one of the most contentious political landscapes our nation has seen, many are feeling apprehensive and unsure of the direction we will be moving under the leadership of our newly elected commander-in-chief.

Many fear a loss of freedoms and privileges they have previously enjoyed, and are dismayed by a perceived xenophobic agenda. We saw millions of people turn out in marches across the globe, demonstrating to show that they will continue to work and speak up for those issues they feel passionately about, regardless of the positions of the new administration.

Conversely, a large part of the population feels that this new leader is precisely what our country needs – keeping America for Americans first, and ushering in a new rise of the middle class.

Whatever side of the political fence you sit on, one thing is clear:  no one can quite agree on what to expect from President Trump.

Enter the Newport Beach Public Library, with a timely installment of the Witte Lecture Series taking place in early February titled “Understanding Trump: The Meaning of an American Milestone,” given by renowned presidential historian, Jon Meacham.

Meacham, for his part, is impeccably qualified to speak on the topic. Having authored three presidential biographies, including “American Lion: Andrew Jackson in the White House,” which earned him the 2009 Pulitzer Prize for Biography, as well as other titles that speak to our political system, he brings an understanding of the office to the table that many of us don’t as adequately possess.

In addition to having penned the aforementioned books, Meacham has also served as both the Managing Editor, and Editor-in Chief of Newsweek magazine. A trustee for several organizations, he also is a member of the Society of American Historians, and the Council on Foreign Affairs. He is a regular guest on several broadcasts, including “Morning Joe,” and “Charlie Rose,” and also is a contributing writer for the New York Times Book Review.

While his qualifications are staggering, it is in this last capacity that he recently spoke on the Trump phenomenon, while discussing literature pertinent to the topic.

In a review titled “We’ve Been Here Before: The Literature of our Discontent,” Meacham discussed previous times when we have found ourselves in a similar political climate, bringing about the rise of a populist sentiment, namely the 1930s.

Listing literature that spoke to the topic, he quoted Nathaniel West’s “A Cool Million,” in which the fictional Shagpoke Whipple shared these comments at a political rally:

“First of all, you people want jobs, isn’t that so?…This is our country, and we must fight to keep it so. If America is ever again to be great, it can only be through the triumph of the revolutionary middle class…America for Americans!”

While fictional, these comments sound like something we might have heard coming out of our TV, just last week. And, the fact that they are put into the perspective of knowing how things turned out a few decades ago, makes them able to be viewed from a new angle.

Meacham will bring his knowledge of this perspective to Newport, as he discusses the roots of the recent rise of populism, in a non-partisan look at what made Trump’s campaign so successful, what his election means to the American everyman, and how our government will likely function for the next four years.

Taking place on both Friday, February 10, and Saturday, February 11, Meacham’s lecture will be held at the Central Library. Friday’s event will begin at 6:30 p.m., with a wine and music reception, followed by a lecture, Q&A, book signing, dessert, and coffee. Tickets are $50, or $45 for foundation members. On Saturday, the event will begin at 2 p.m., and does not include wine and music beforehand. Tickets are $35, or $30 for members. Both events offer $20 tickets for teachers or students.