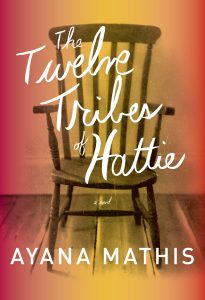 I have long contended that you can learn something by reading anything.

Whether enjoying People magazine or Nietzche, comic books or novels, there is always something to be discovered. Add in the opportunity to talk about what you’ve read, comparing your opinion with those of others, and you’ve increased your learning potential tenfold.

For us “older” folk, whose school days have long since gone by, keeping our minds active is sometimes a challenge. If we simply go about our daily activities, there isn’t always an opportunity to engage in meaningful discussion. For some of us, the “meaningful” part is hampered by the fact that we are talking to toddlers or teenagers. For others, it’s simply because we spend much of our day alone.

Here enters another time that the library has come to the rescue. In announcing its book discussion group lineup for the upcoming season, the Newport Beach Public Library is guaranteeing patrons the opportunity to not only expand their intelligence via the joy of reading, but also to keep their minds sharp by engaging in a monthly discussion with their peers.

The season will kick off on Wednesday, Sept. 14, with the welcome back title, “A Confederacy of Dunces,” by John Kennedy Toole.

While the title may call to mind our current presidential race, it is actually a cult classic from the 80s that is widely hailed as a “comic masterpiece.” Following protagonist Ignatius J. Reilly, we get a glimpse into the unique culture of his hometown of New Orleans.

A thirty-something living at home with his mother, Ignatius has thus far spent his adult life tucked away in his 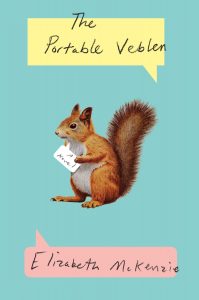 bedroom, filling notebook after notebook with information he hopes to eventually compile into a book. After a series of misadventures, he is forced to enter the working world, and his attempts at finding, and keeping, gainful employment play out for the rest of the book, introducing us to the colorful cast of characters he meets along the way.

The novel’s sad history – the manuscript was discovered by the author’s mother after his suicide in 1969 – only seems to add to its genius.

Next up is October’s title, “The Turner House,” by Angela Fluornoy. A previous Under Cover Book Club selection, Fluornoy’s tale follows the Turner family, as they raise their 13 children in the house on Detroit’s Yarrow Street. As aging matriarch, Viola moves in with one of the children, they discover that the home is only worth a fraction of the mortgage, and must decide what to do with the house that has seen so much over their lifetimes. 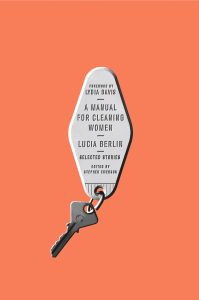 November brings us “A Manual for Cleaning Women: Selected Stories,” by Lucia Berlin. A collection of short stories with characters more fully developed than what short story readers are accustomed to, the book’s tales draw heavily on the life experiences of their author. Having lived in various mining towns, as well as Chile, Mexico, Berkeley, and New Mexico, and been a teacher, hospital clerk, alcoholic, cleaning lady, single mother, and switchboard operator, among other things, Berlin had more than enough material to create a bookful of meaningful stories.

The season will continue with the following titles:

April: “The Twelve Tribes of Hattie,” by Ayana Mathis

May: “Shelter,” by Jung Yun

The discussion group will meet on the second Wednesday of each month from 9:15 to 11 a.m., at the Central Library. Readers are encouraged to attend, even if they have not yet finished the book, and will be able to engage in lively discussions moderated by the library’s Director of Programs, Susan Groux.

This year, members will have the opportunity, through a partnership with Lido Village Books, to purchase discounted book bundles, comprised of the selected titles. While the deadline for ordering the first five books is upon us, in January, readers will be able to order the bundle containing the last five books.

For more information on the book bundles, the reading group, and all things library, please visit nbplfoundation.org, or call (949) 548-2411.