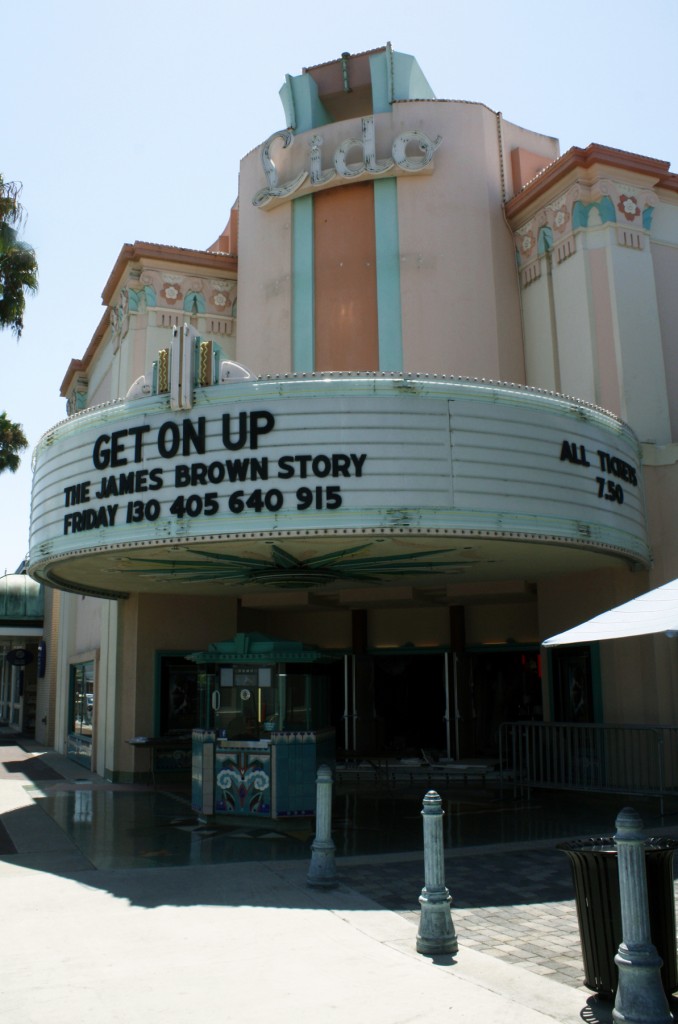 Remnants of a simpler time can still be found scattered throughout towns across America.

Balboa Island, for example, is a destination spot for summer vacationers looking to slow down for a week and walk anywhere they might need to go.

In a world where things are constantly moving faster, it becomes a delicacy to walk to the store instead of drive, or even to see a building that has been in a community for decades.

One of those buildings is the Lido Theatre, which opened in 1938 with the Bette Davis film “Jezebel.” Since then, the Lido Theatre has screened countless movies, both first run and classics.

On August 1, the theatre will screen a film (“Get On Up: The James Brown Story”) for the first time since its new tenant, Lido Live, took over operations in early July. But films are not all that’s in store for the beloved theatre.

Beginning in September, the theatre will feature live performances on Fridays and Saturdays from 80s-era bands. More live entertainment offerings are planned, yet Lido Live intends to preserve the theatre’s original old-fashioned feel.

“We want this theatre to be used by everyone in the community,” said Tristan Ritter, who works for Fritz Duda, the property’s owner. “We want graduations and other events to be there as well as live music and movies.”

Gregg Schwenk, co-founder and CEO of the Newport Beach Film Festival, has used the Lido Theatre as the central venue for the Festival each year.

“We’ve worked with Tristan and the Via Lido Plaza for a number of years,” said Schwenk. “We look forward to continuing to have the Lido Theater be an integral part of the Festival. During the Festival, we actually four wall (rent) the Lido and take it over for the full week.”

In an effort to keep the theatre’s concert series from falling prey to ticket scalpers, Lido Live has developed a program called The Balcony Club to ensure that the community has access to tickets.

The Balcony Club offers memberships that include tickets to every show as well as valet parking. Balcony Club members can also share their passes with family and friends. One week before each show goes on sale, members will also have the opportunity to purchase tickets in advance for friends and family.

“We are not going through Ticketmaster or Stubhub,” said Ritter. “We don’t want these ticket prices to be doubled, we want to stay affordable. By the time it (tickets) go to the open market there will probably be only 10 to 20 percent of the seats available. “

Lido Live has applied for a permit to sell beer on site that will be reviewed by the City’s Planning Commission next week.