A motorcyclist sustained minor injuries in a traffic accident at Newport Boulevard and 17th Street yesterday around 4:15 p.m.

The driver of the sport bike motorcycle was driving eastbound on 17th Street when a car cut in front of him, said Costa Mesa Fire Department on duty Battalion Chief Fred Seguin.

“It seems he [the motorcyclist] laid his bike down to avoid the collision,” with the car, Seguin said.

A motorcyclist can often control the skid and have a better chance to avoid injuries if he or she lays the bike down rather than hitting the vehicle, he noted. It’s a more controlled environment, he said. If the rider instead hits the vehicle, he could be thrown a distance and sustain greater injury.

The motorcyclist was going about 20-25 mph and was wearing a helmet, Seguin said. He had minor injuries that were treated on scene and went to the hospital for evaluation, Seguin said.

The driver of the car had no reported injuries.

Witnesses described the driver of the vehicle as a woman in her 30s to early 40s. The fire department could not confirm either driver’s identity. 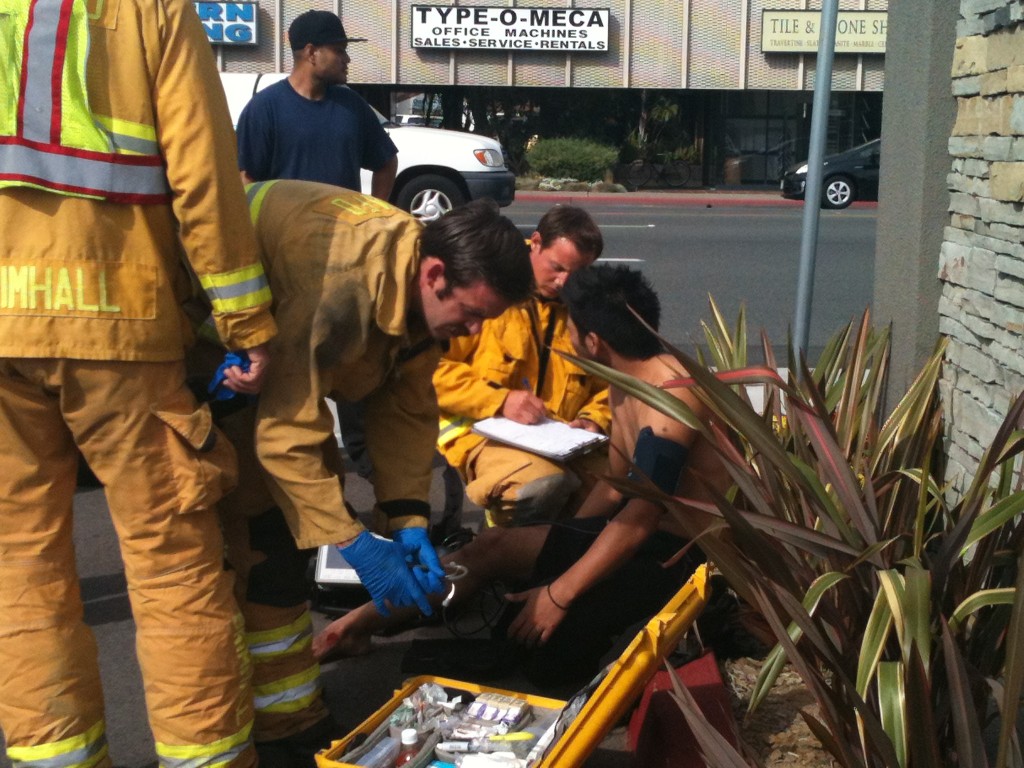 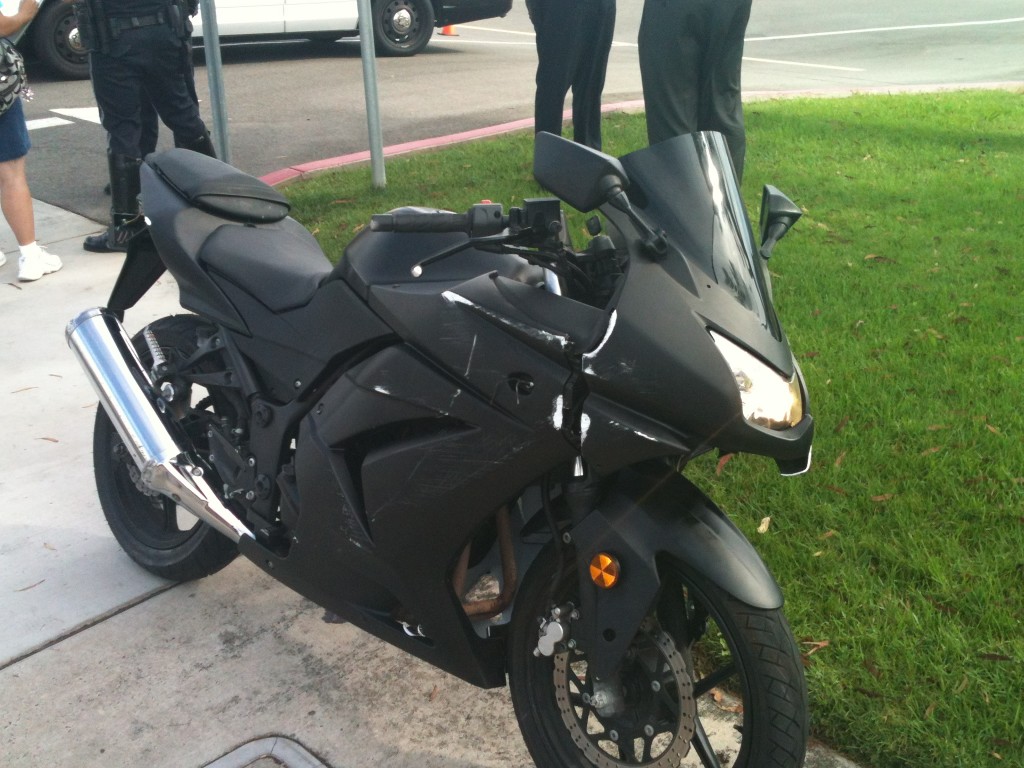 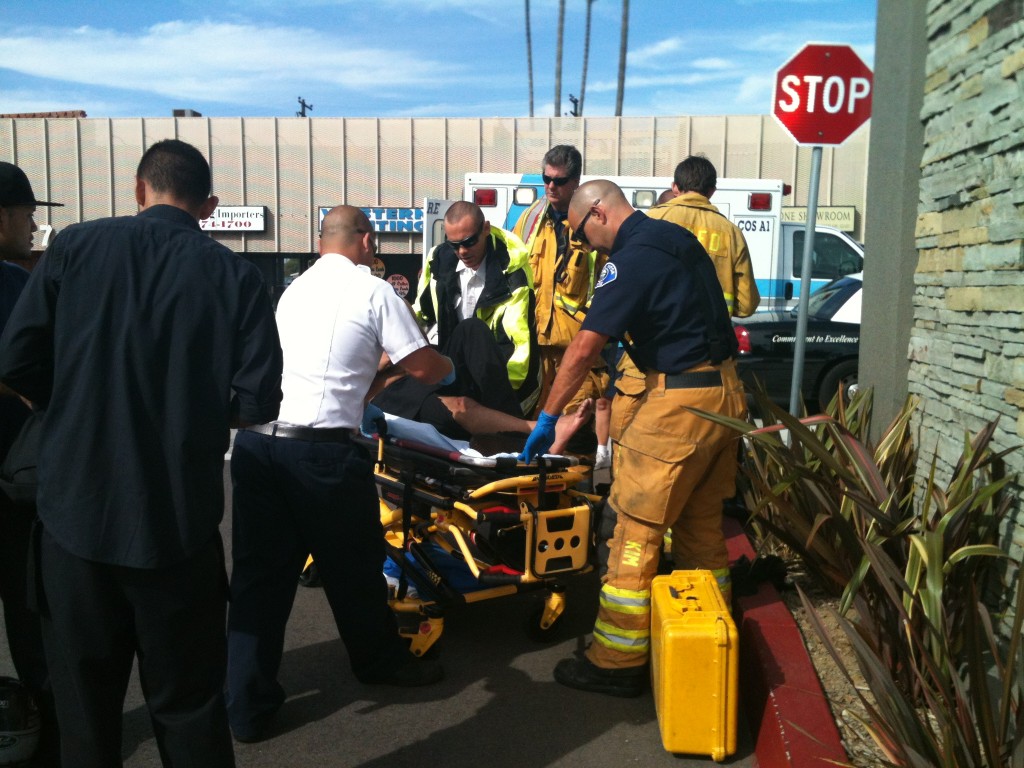 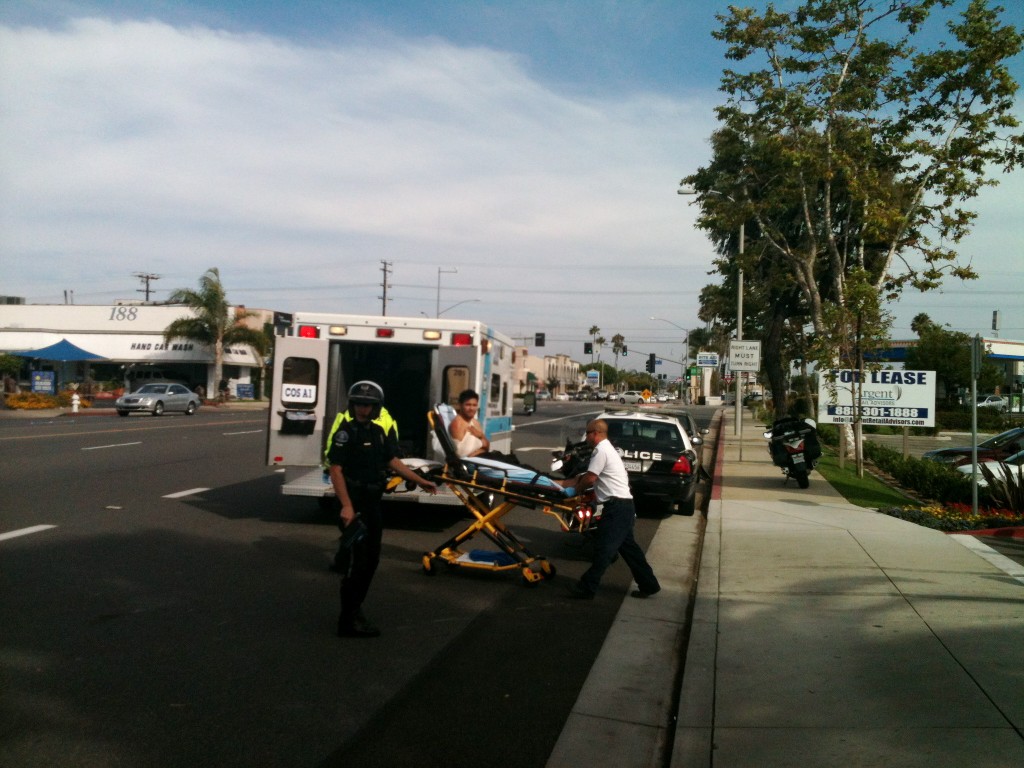 Pick the Theme for the 2021 Christmas Boat Parade