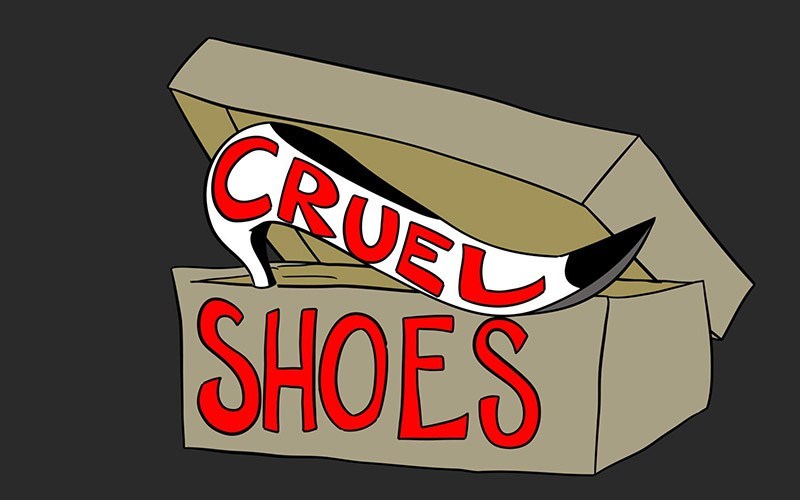 By Cole Cronk | Special to the NB Indy

With more than 250 films on its schedule, the 2020 Newport Beach “Virtual” Film Festival has a film for everyone. With pieces from all parts of the globe and different genres, the Festival even offers a collection of animated shorts called “Animation Fascination.”

One of those shorts is “Cruel Shoes,” based on a short story by Steve Martin. It’s the epitome of what animation is supposed to be. It doesn’t take itself seriously, and the atmosphere of listening to Steve Martin’s stand-up routine with the laughter of the crowd in the background creates a whimsical tone that is matched in the wacky characters.

“Pace,” a German short, shows that an animated film can still make a powerful statement. It’s a very minimalistic style, as almost the entire thing is black and white, and the audio is designed to only catch your attention at important moments such as a deep breath or a kiss. The ever-moving hand of a clock is used to signify that time is always moving forward at the same pace, even though the people around us might make it feel like time is moving faster than it truly is.

The Irish animated short “The Stained Club” will unexpectedly break and mend your heart repeatedly in just six minutes. Everything from the characters to the detailed Claymation-style is polished to a point where viewers can truly feel how much the protagonist, a young boy, cares for his friends. This beautiful story reminds us that, although we can’t always control our physical and mental quirks, that we cannot give up on who we are.

“Animation Fascination” includes these three films and seven more for $10. You will laugh, you will cry, and you will learn more than you expected.

“Animation Fascination” is part of the 2020 Newport Beach Film Festival, which has gone virtual this year and runs through October 11. For information on viewing this film and other films in the festival, visit www.NewportBeachFilmFest.com.