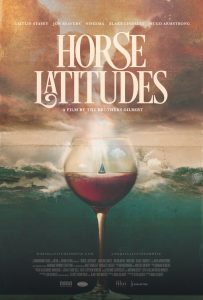 By Allie Davis | Special to the NB Indy

“Horse Latitudes: A region in the subtropics created by the meeting of two high-pressure systems and characterized by little to no weather–just calm.”

This is the quote that opens the picturesque Canadian feature film, “Horse Latitudes,” by The Brothers Gilbert. Only, instead of the subtropics, the film brings viewers to a vintage vineyard quaintly placed in the South of France. And as the story of two high-pressure winds in the form of a boy and a girl who meet for the second time, calm is exactly what the audience experiences throughout the two hours of purple dusk and purple grapes.

But it isn’t all just sipping wine and exchanging glances. Well, there is a lot of sipping wine, but there are also heavy confrontations and heavier silences as a woman known for her independence and wanderlust shows up at the vineyard of an old flame six years after leaving him with nothing but a “see you soon.”

Written by Seth Gilbert and directed by Noah Gilbert, the story follows this wanderer, Tom, or as I’ll call her wind #1. The thought of her biological clock at age 30 brings her to the home of the only man she’d ever considered settling down with. That man, David, or as I’ll call him, wind #2, has spent the six years since her disappearance dedicating himself to the art of making wine on his late father’s vineyard. 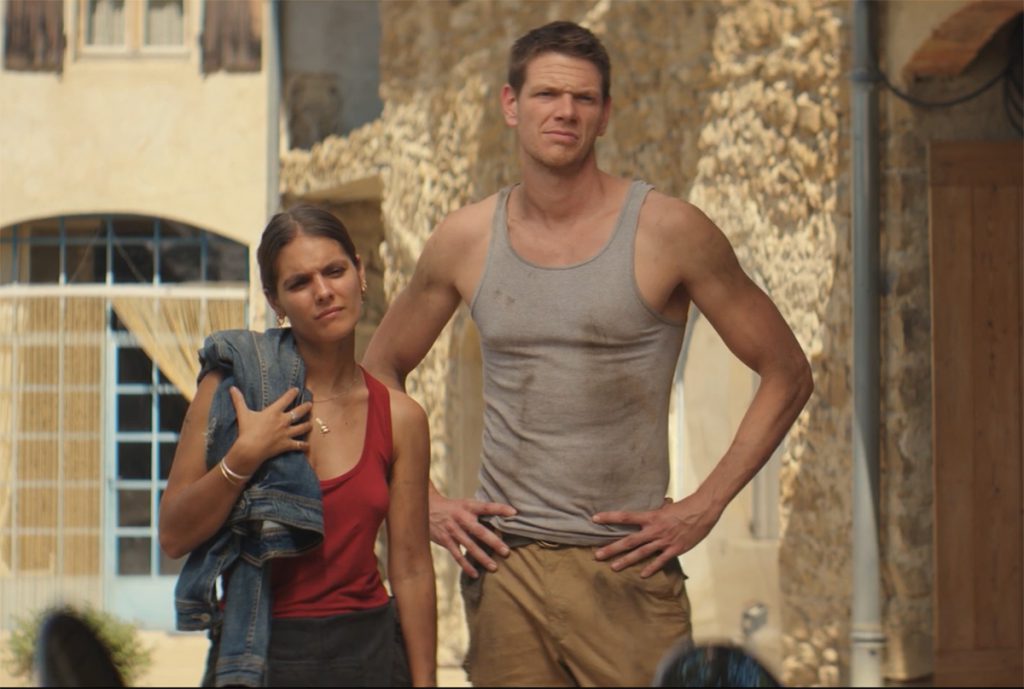 While David is ready to cancel any plans he’s made to pursue the relationship he’s never been able to forget, Tom must decide whether to commit to a life of convention and stability or continue her life of adventure.

As the film opens on a fallen white horse in the purple dawn of the dewy vineyards, it immediately transports the viewer into the peaceful countryside of France. Once there, the audience follows Tom through crisscross patterns of grapevines as the sun flares through its leaves.

Letting herself into the stone cottage, this first encounter sets the tone for the rest of the film.

As nonchalant Tom helps herself to some coffee while smoking a cigarette, David can’t help but act as if he’s seen a ghost. In shock, he recounts the last day he saw her.

“I thought you were going out for cigarettes,” says David.

“Well, I found them,” says Tom, flaunting the one in her hand with a dry smile. 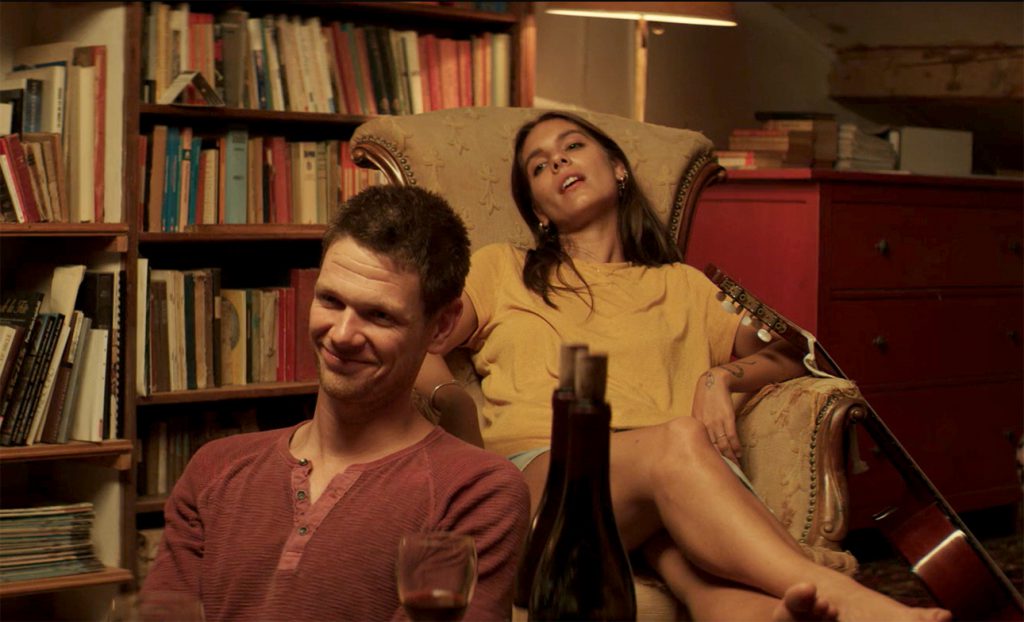 And there you have it. Two very different winds traveling in two very different directions meet again. One is dry, independent, and care-free. The other is sentimental, romantic, and conventional. One is afraid of staying in any one place too long, while the other is attached to the consistency one place brings.

The film is filled with this notion of opposing forces meeting to create an unexpected calm—not only through the characterization of Tom and David but in the themes expressed and the setting portrayed.

For example, the vineyard, branded as organic and vintage, is half modern and the other half electricity-free. The vintage brand they sell is marketed by the modern technology that contradicts it.

Even further, there is contrast found in the reversed notions of society’s expectations for men and women. The film flips these expectations, causing the viewer to ponder why they exist in the first place. Here, the man portrays the romantic dreams, a tendency towards attachment and desire for conventionality while the woman portrays the fear of commitment, fearless independence and lust for adventure.

Further challenging societal expectations is the contrast found between David’s sister, who fits the mold of society’s fading standards for women, and the new-age ideals found in Tom that challenge those standards of settling down, having babies and needing a man to do either. 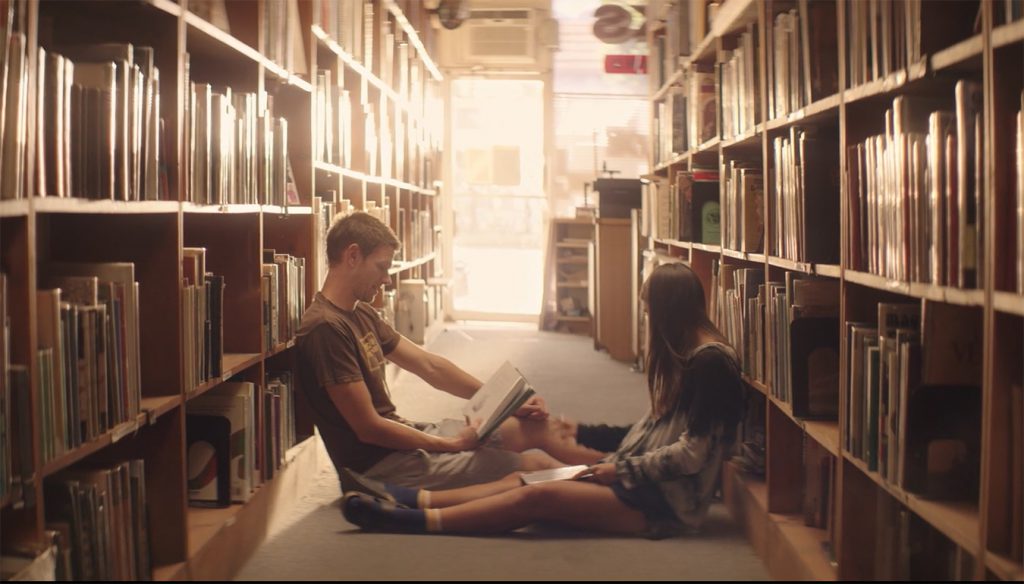 It isn’t all just sipping wine and exchanging glances. But amid the many opposing, high-pressure forces of this film, a calm is found. A calm that has the power to lift the viewer right off the redundancy of their couch and into the purple skies, flickering candles, rolling hills and swirling wines of the film.

This movie is more than just a movie. It is sipping wine on the floor of a candlelit cellar as old French music plays on vinyl. It is staying up all night and wandering at dawn. And swimming in the aqua waters of the French Riviera.

It is blindly placing your finger on a map and going wherever it lands. It is exhilarating and calm, modern and vintage, conventional and unconventional. It is an adventure, just as Tom so dearly craves.

Enjoy this film while sipping a glass of wine from a bottle that’s been saved for a special occasion. For, as the film reveals, there’s no occasion more special than now.

“Horse Latitudes” is part of the 2020 Newport Beach Film Festival, which has gone virtual this year and runs through October 11. For information on viewing this film and other films in the festival, visit www.NewportBeachFilmFest.com.