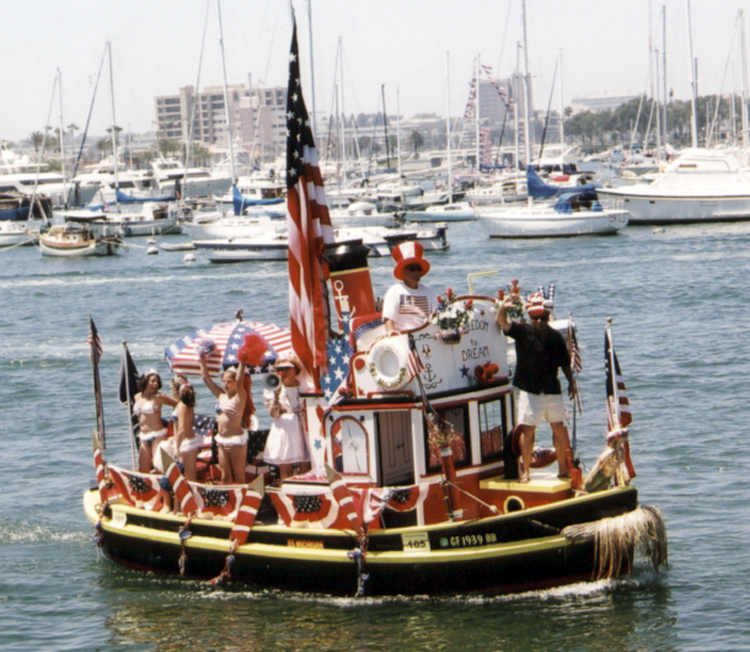 I think the 4th of July has to be one of my favorite holidays on Newport Harbor.

In the 1970s, we obtained our first mooring off the American Legion. We berthed the family 38-foot antique tugboat my brother and Dad had restored. The “Walrus” was the South Coast Shipyard tugboat for 50 years. It was donated to the Newport Sea Scouts when we obtained and rebuilt the vessel.

This allowed us to keep our skiff at the Legion to get to and from the mooring. My Vietnam era Navy service allowed me to become the third generation in my family to be a member of the American Legion Post 291.

We have one of the largest membership legions and the only American Legion Yacht Club in the world!

This notoriety is big not only here but at the national headquarters in Washington D.C. It has been common for many, many years that when the D.C. officials head west, they usually detour at least once to see our world class legion on the Newport bay front.

Tuesday I was at the pump out dock at the Legion and took a photo of the American Flags, the 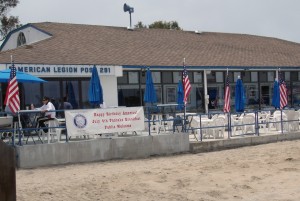 The July 4th events start at 7 a.m. with their famous pancake, egg and sausage breakfast, usually cooked by members and volunteers from the Newport Beach Fire Department. How quaint is that?

Lunch will be noon to 4 pm, and features tri-tip or chicken. All of the events are open to the public.

As I mentioned in my last column, the “Old Glory Boat Parade” will start at 1 p.m. off Collins Island and cruise the perimeter of our beautiful harbor. The theme this year is “Stars and Stripes Forever is the Color of Our Freedom.”

Throughout the morning and afternoon, raffle tickets will be sold for prizes that include beach cruiser bicycles, flat screen TVs, boat cruises, and tickets to the battleship “U.S.S. Iowa” (40 prizes in all).

There will be parking in the Legion parking lot, adjacent grass park and the Catholic Church on Balboa Blvd. These areas are usually full by 8 a.m. Due to this, shuttles will run every 15 minutes at an offsite parking area at Hoag’s offshoot lot at 500 Superior Avenue. The shuttle  starts at 8 a.m. and ends at 7 p.m.

For those of us boaters who can go under the Coast Highway bridge, the final event is always anchoring in the Back Bay (upper bay) to watch the fantastic annual fireworks show put on by the Newport Dunes at 9 p.m.

What a day for Newport boaters!