The city held a short ceremony to kick off the Sunset Ridge Park on Tuesday,

Sunset Ridge Park, the 13.7-acre site at the corner of Superior Avenue and Pacific Coast Highway, will include “a baseball diamond that overlaps in area with two soccer fields, a children’s playground, a grass warm-up field, pedestrian paths around the perimeter of the park, view areas, a shade structure, a butterfly garden and a restroom/storage facility,” according to a city statement.

Construction will begin in January 2014 and is scheduled to be completed in early 2015. The park’s construction cost will be approximately $5.5 million.

Chronic Tacos and Jack FM paired up for Jack’s Toy Drive on Tuesday, collecting about 60 toys as gifts for local families in need.

As an added bonus, locals who brought unwrapped toys received a free taco

About 20 people participated in the charitable event.

“We had a great turn out (Tuesday) and had a blast giving away free tacos for toys,” said Chronic Tacos Founder and President, Randy Wyner. “People loved it. It’s all about giving to the kids that need it.”

All toys will be donated to CHiP’s For Kids, an initiative organized by the California State Highway Patrol that gives presents to local families in need.

The city is once again participating in Operation Christmas, a project which collect gifts for the troops and their families.

The project is organized by Yellow Ribbon America, supports more than 300,000

members of the armed services and their families.

Donations of new and unwrapped toys for children, DVDs for military members, and gift cards and cash donations for the families will be accepted through Dec. 23. The community is welcome to participate and may bring donations to the city clerk’s office (Bay E, 2nd floor) or customer service (Bay A, 1st floor) at city hall. Donations may also be dropped off at the OASIS Senior Center.

The Newport Beach Police Department will be enforcing a DUI/Driver’s License Checkpoints Friday an undisclosed location within the city limits, between the hours of 9 p.m. and 2 a.m.

“In addition to DUI/Driver’s License Checkpoints, you will also see us making lots of stops during this highly visible enforcement period,” said Traffic Lieutenant Jeff Lu. “If we suspect anyone is driving while under the influence, officers will show zero tolerance for drunk or drugged driving.”

The police department sent out a community message with tips on how to keep the holiday season “safe and happy.” 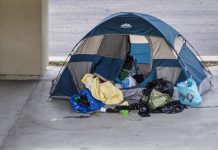 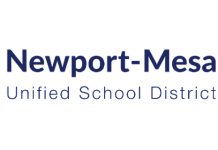 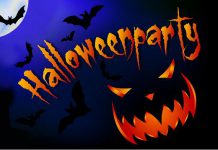