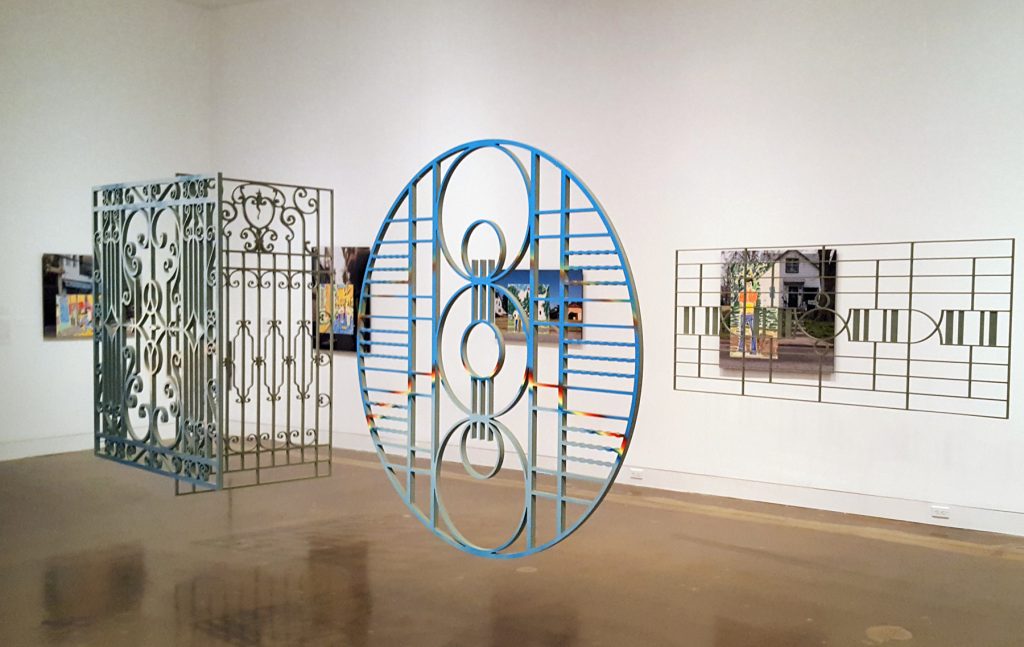 Known for its eclectic and often cutting edge exhibitions, the Orange County Museum of Art has unveiled another in a long line of dynamic artistic projects: the 2017 California-Pacific Triennial, which runs through Sept. 3.

The exhibition, officially titled “Building as Ever,” is significant for both the variety of artists and countries represented, and the nature and scope of the artwork.

“This museum has been organizing biennials and triennials since 1984,” OCMA Director and CEO Todd Smith told the opening night VIP crowd comprised of donors and members. “We stepped forward early to make sense of the contemporary world around us. For this, the second California-Pacific Triennial, we are thrilled to include artists from 11 countries: China, Japan, Korea, Vietnam, Australia, Peru, Chile, El Salvador, Columbia, Mexico, Canada and the United States.” 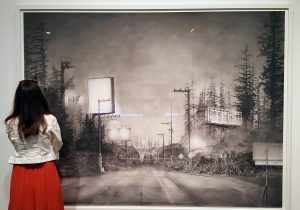 “The theme of the triennial takes its inspiration from this building that we have called home for over four decades,” added Smith. “The exhibition looks at the question of building and permanence from a variety of perspectives, some of which take the literal question of this historic structure and its future as their starting point, while others engaged with a more philosophical question of what defines the intersection of architecture and longevity.” 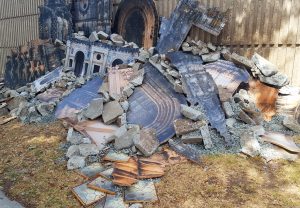 Curated by OCMA Senior Curator Cassandra Coblentz, this exhibition explores the topic of architecture and the temporal precariousness of the built environment.

According to Coblentz, issues addressed in the exhibition include the recording of history and preservation; the concept of home and displacement; and the influence of global power, economics, and political systems on global construction.

The artwork includes sculpture, installation, photography, and drawing, as well as performance-based and socially engaged activities.

The majority of the works in the exhibition have been created specifically for this project or are on public view for the first time; and many are site-specific installations.

“The 2017 California-Pacific Triennial: Building as Ever explores our understanding of time relative to architecture and the built environment,” wrote Coblentz in her exhibition intro. “It takes as its starting point the often-misguided idea that buildings are designed to last forever. By viewing architecture as an organic enterprise, the exhibition offers ways of accepting – and even embracing – the contingency and temporal precariousness of a building.” 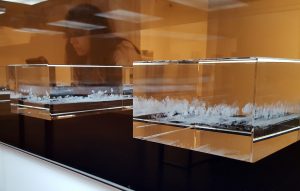 “Each project explores how each artist from each vantage point or cultural context interprets and responds to the question of permanence relative to the built environment,” noted Coblentz. “A central theme among the works in the exhibition is the re-use of space and how buildings change over time. Some projects dwell in the past, exploring ideas of death, decay, entropy and ruin; others push us into the present and prompt us to consider ideas about historic preservation. At the other end of the temporal spectrum are projects that consider the future.”

OCMA visitors can take advantage of a guided cell phone tour, with most represented artists talking about their specific piece and the motivation behind it. For exhibitions such as this, hearing the artists talk about their wok is as essential as viewing it.

“Every project in this exhibition has a different experience,” observed Coblentz. “Some are visual, some are abstract, some are immersive, some are political, some are intuitive. I feel happy with the way it turned out.”

The exhibition is sponsored by Twila True Fine Jewelry and Watches of Newport Beach.

Admission is $7.50 to $10. Free admission every Friday. Visit OCMA.net for details. 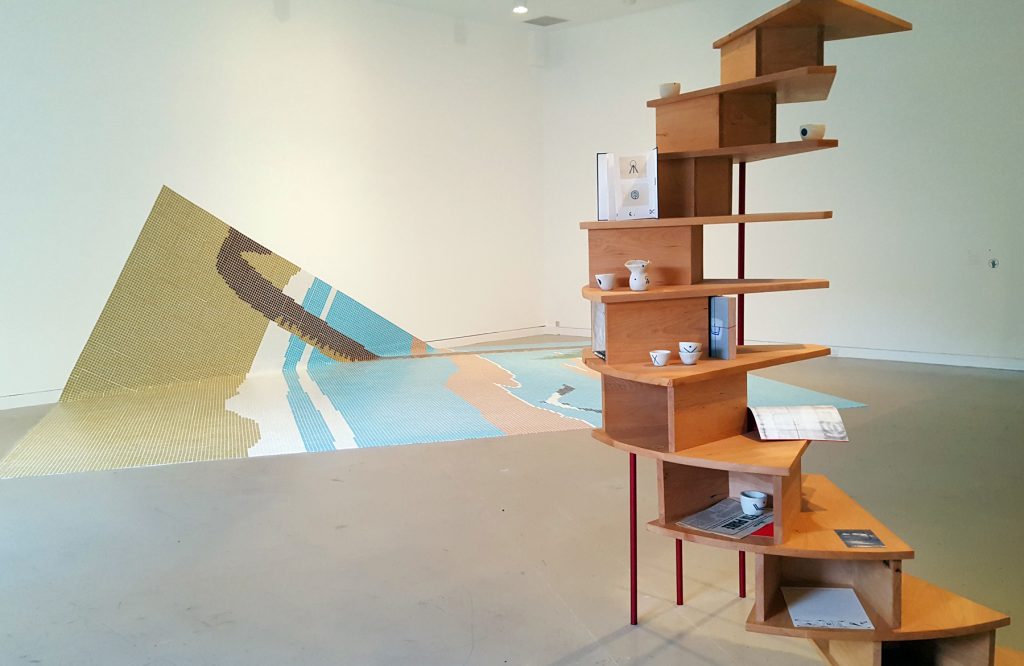 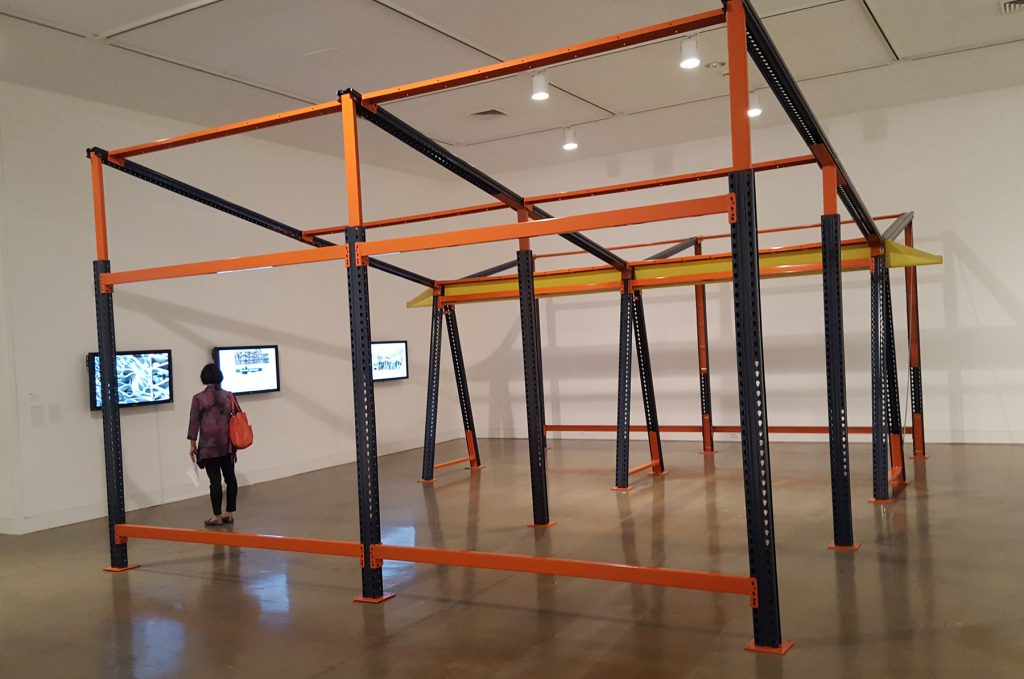 A ‘Dream’ of a Musical Production at Laguna Playhouse