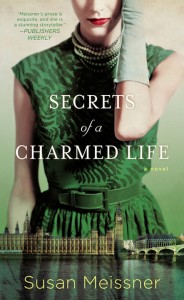 Welcome to 2016! There is nothing quite like New Year’s Day to remind us of the ability to start our journey anew.

Much like the first page in a crisp new calendar, devoid of scribbles and obligations, a new year offers us a blank page, eagerly awaiting the ink that will tell its story.

This is the time when we leave the sorrows and joys of the past year behind us, and set out to create a new adventure, righting the wrongs of the last twelve months, and refocusing our energy on the things we hope to accomplish.

While the urge to create a list of resolutions is strong, there is only one resolution that matters, and, amazingly, it is applicable to each of us, regardless of weight, bank account, or workout schedule: Allow yourself to start fresh, and resolve to do and be better than you have done and been in the past.

Just as the time is ripe to start fresh on your goals, there is no time like the first days of a new year to crack open a new book. While beginning a new chapter in your life’s journey, why not also begin a new chapter in a literary journey?

Luckily enough, it just so happens to also be time for the Under Cover Book Club to once again be called to order, with this month’s selection, “Secrets of a Charmed Life,” by Susan Meissner.

Straddling genres, “Secrets” is contemporary fiction, with a thread of historical fiction woven throughout.

At the outset, we meet American college student, Kendra, who is studying abroad at Oxford. She sets out to interview

an elderly woman, Isabel McFarland, about her experiences as a child evacuee due to the bombing of London during WWII.

Isabel has heretofore been unwilling to discuss her past, but has reached that time in her life, when she feels the need to share her story, beginning with who she was, all those years ago.

And so it is, that we are thrust back to a different era — a time when parents had to do the unthinkable, and send their children off to foster homes in the country, in order to protect them from the dangers of living in wartime London. Many of these evacuees would spend the duration of the war (a period spanning five long years) in their temporary homes, but not young sisters Emmy and Julia.

At 15, Emmy was poised to make a splash in the fashion scene. Dreaming of designing beautiful dresses, she chafed at being sent away to the country against her wishes, as though she was a young child, whose opinion didn’t matter. As the bombs were about to drop on London, Emmy made a decision that would haunt her for the rest of her days. She decided to hop on a train back to London, right into the thick of things, with her seven-year-old sister, Julia in tow.

As the bombs fall, the sisters are separated, and Emmy must live with the decisions she made, as well as the guilt at the consequences they carried.

As Isabel recounts her tale to Kendra, the young interviewer, as well as the reader, must consider whether there are any titular secrets to living a picture perfect life, or if, in fact, life is actually made up of the large and small decisions we make every day, for any number of different and often misguided reasons, as well as the fallout of those decisions.

In a time when we are reflecting on which choices to make in the new year, this tale will highlight how even the most mundane of decisions can impact those around us, as well as remind readers that perhaps a truly charmed life isn’t what we thought it would be at all.