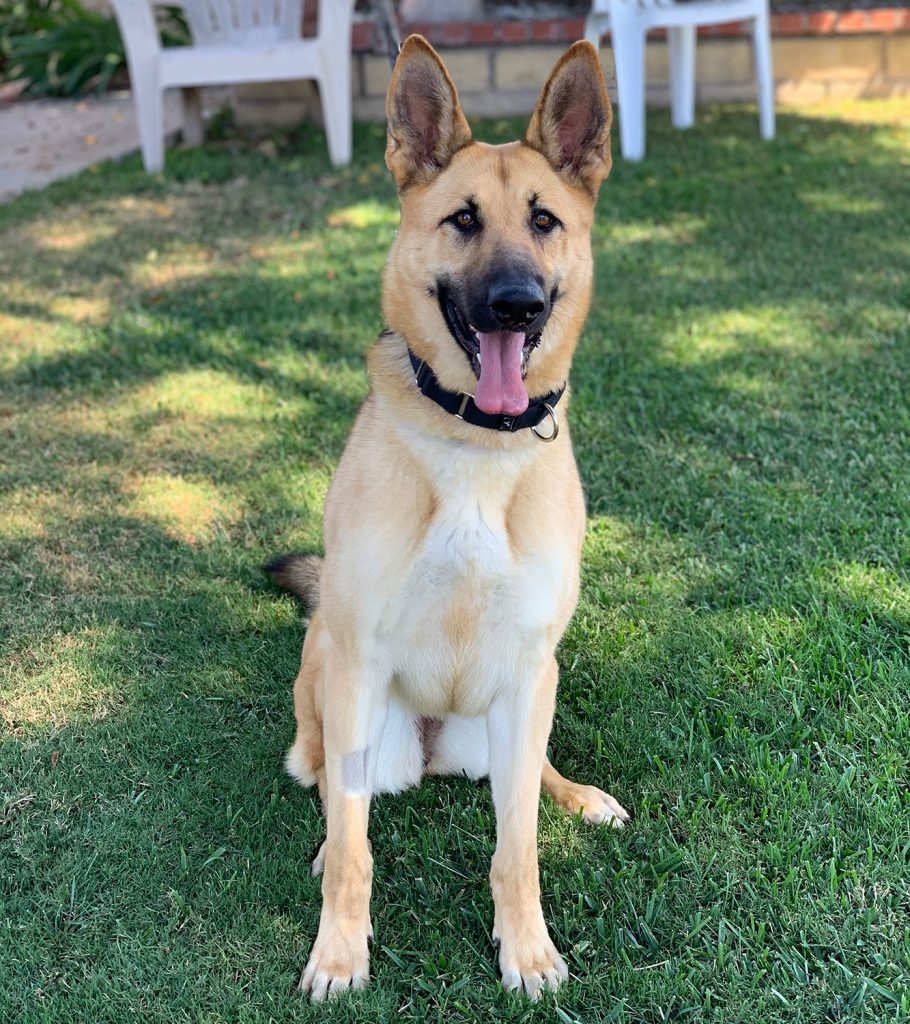 Meet Sasha, a German Shepherd mix reported as a stray near the Back Bay earlier this year.

It took three days for Newport Beach Animal Control Officers working slowly and carefully to catch her; she was so frightened. Sasha was finally in safe hands at the shelter, but without any identification, no collar or microchip.

Sasha was very traumatized and completely terrified of everything and everyone at the shelter. The Animal Control Officers and shelter volunteers worked with her gradually for several months to gain her trust, just sitting quietly nearby, offering treats and soothing words, and taking her for walks.

Sasha eventually gained enough confidence to have some training to prepare her for adoption.

After eight months, Sasha was ready for a new home. Her adoptive parents had just lost their German Shepherd, coincidentally also named Sasha, and were ready again for a pet. Our Sasha ended up in a happy new home of her own.

For more information about supporting lost and abandoned animals and the Friends of the Newport Beach Animal Shelter, go to www.fonbas.org.