From beginning to end, Bryant’s documentary, “Taking my Parents to Burning Man,” brings the audience along on their unbelievable adventure as two generations come together with the open-minded commonality of self-expression.

“I don’t think I need a costume to express how I am,” said Mr. Boeson, as he wears flower pants while costume shopping with the family, a necessary pre-festival activity. 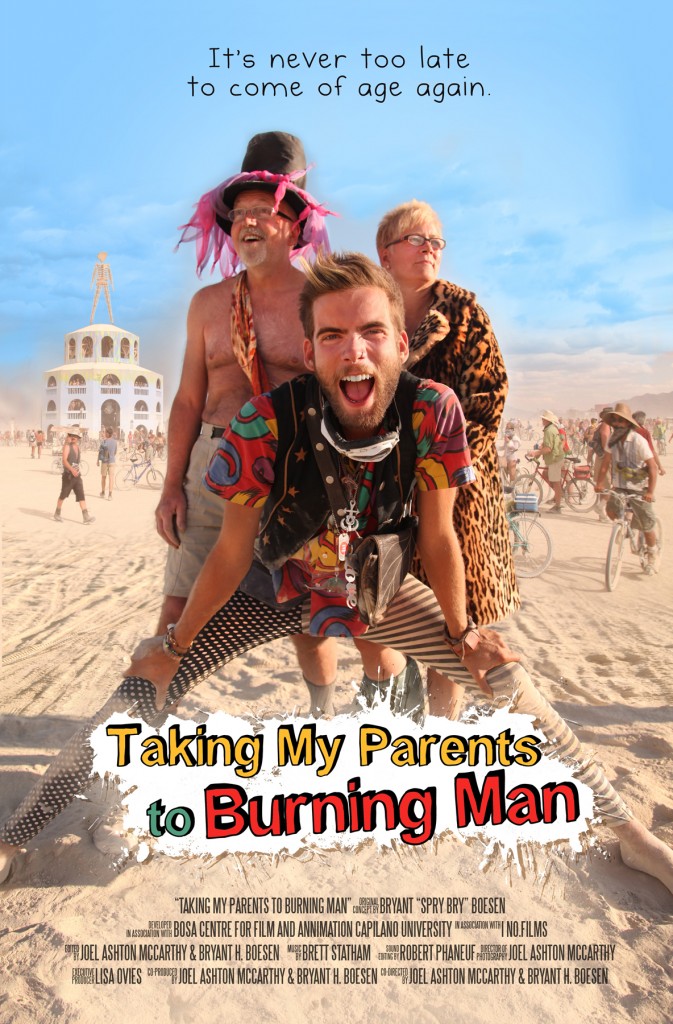 However, by the end of this parental coming-of-age story, Mr. Boeson was gathering ideas for next year’s Burning Man.

“You’re going to thank me when it’s over,” said Bryant, the delightful, yet reckless party animal who strives to pull his parents from their comfort zone and into a new realm; the same parents that put him through a decade of Jesus Camp.

From last minute preparation like costume shopping to road tripping in the green school bus to camping in the dusty desert, Bryant shares every aspect of his usual festival experiences with them while developing a family bond that can’t help but tug at your heartstrings.

“Taking my Parents to Burning Man” truly grasps the experience of Burning Man, revealing the colorful nightlife as DJ Spry Bry performs for a dancing crowd with Mr. and Mrs. Boeson right next to him.

The film shows the burnings of giant art insulations such as fake Wall Street and of course the main event, the Burning Man.

Interactions with other “burners” gives the audience a taste of the festival’s wide diversity, such as the Tuna Camp—a crew of fishermen dedicated to giving away almost 1,000 pounds of tuna to other “burners.”

In the Burning Man community, the give-and-take system is a fundamental part of the experience, as people bring gifts ranging from water to costumes to art pieces.

“Burning Man is a place where everyone gets together to complete everyone’s wildest dreams.” said Bryant.

After the festival, as they enter reality once again, his parents decide to branch out of their daily routine and create adventures in their own community.

Ultimately, “Taking my Parents to Burning Man” brings the audience along for the journey of a lifetime through art, family and love.