Live music returned to Newport Beach on Sunday, July 25 when the City of Newport Beach Arts Commission kicked off its annual Summer Concerts Series on the Green with The Sully Band, a rhythm and blues group that performed a variety of covers and originals.

A large crowd was there to enjoy the concert, the first concert on the civic center green in two years. Newport Beach Indy photographer Jim Collins was there to capture the action.

Three more concerts are scheduled through October, 2021. Bring a low-slung beach chair and blankets and enjoy an evening in a fun atmosphere. Pack a picnic dinner or purchase from on-site gourmet food trucks. No alcohol is permitted.

DSB (Don’t Stop Believin’) has been highly revered as the world’s greatest tribute to Journey. They have captured the signature sound of renowned vocalist Steve Perry and Journey in their prime. Complete with a band of world-class musicians, DSB remains true to Journey’s musical legacy and delivers a nostalgic concert experience.

SantanaWays is an electrifying latin and blues rock band that has inspired audiences in Southern California since its formation in 2012. SantanaWays pays homage to the music of Santana in the purest manner by bringing out the heart and soul of the music.

As a professional singer, Shelley Rusk has worked for music artists such as Johnny Mathis, Dolly Parton, Donna Summer, Sandi Patty, Ray Boltz and Bill Gaither both in the recording studio and in concert. The Shelley Rusk Band will be performing songs from some of Broadway’s greatest musicals of all time. 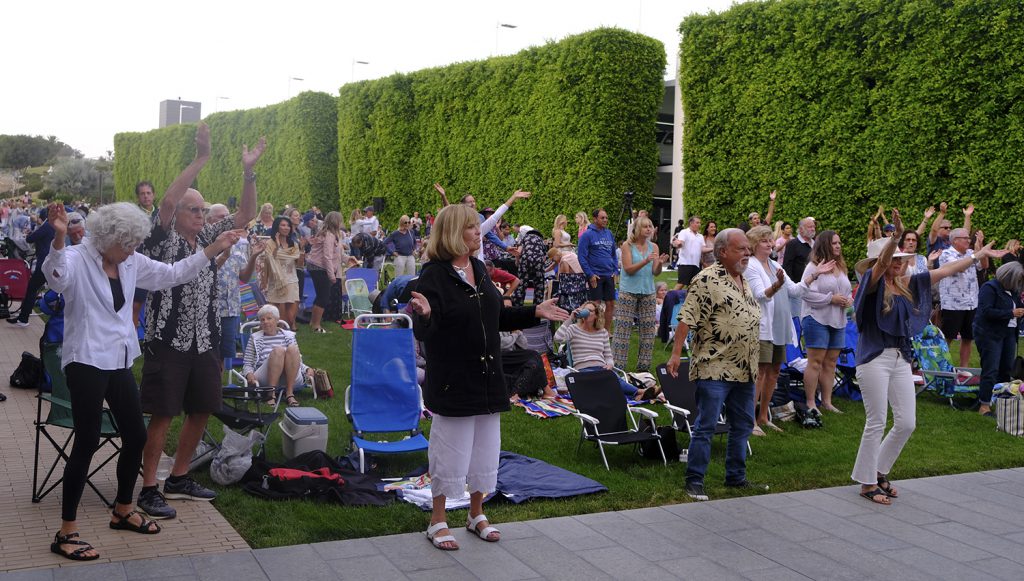 Barcelona on the Go – August 22