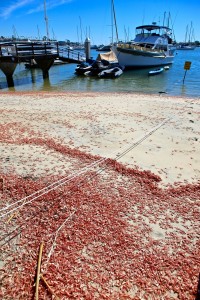 Thousands of tiny crabs that look like mini lobsters washed up on the shores of Balboa Island this week, covering the sand with a sea of red.

These pelagic red crabs, also called tuna crabs, is a species of squat lobster from the eastern Pacific Ocean that normally lives on the continental shelf west of Mexico, and is usually found only southwest of San Diego. However, in warm years, they’ve been known to extend northwards into California. Experts think it’s the warm water that has brought them to Newport.

They appeared on Balboa Island several weeks ago and then disappeared, but have reappeared. Most appear to have washed ashore dead, but many are still swimming in.

According to NB Indy photographer Jim Collins, who took photos of the crabs, the area “smelled like a fish market.”

City crews have been scooping up and disposing of the crabs. 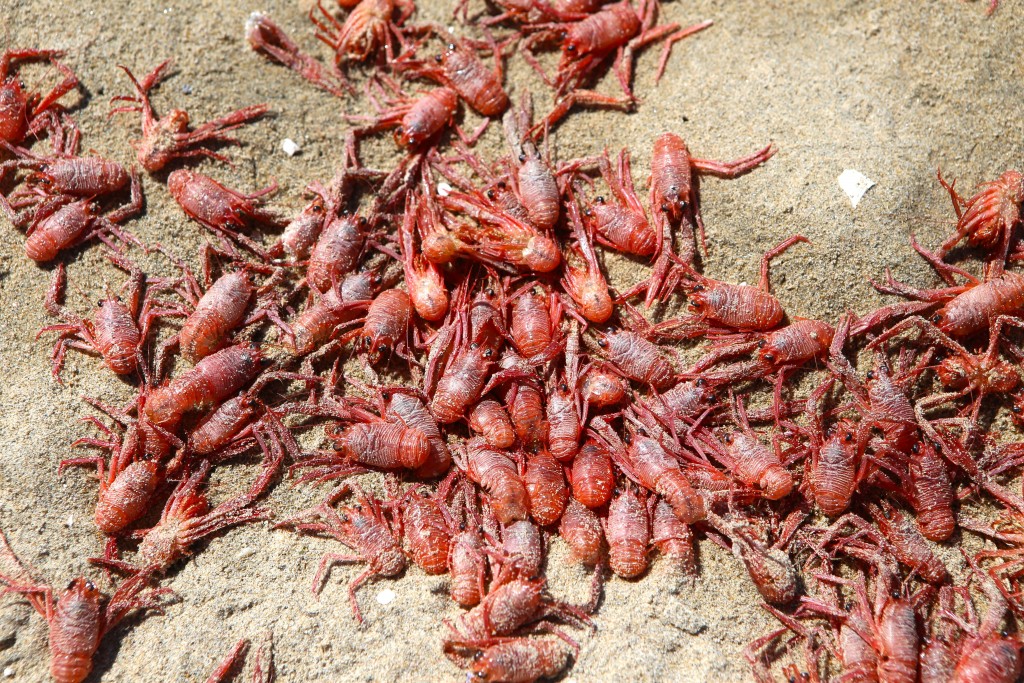