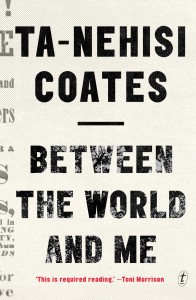 This November, we can add a plethora of great book suggestions to the list of things for which we are thankful.

Last week brought us the goodreads.com best book nominations, and hot on the heels of that announcement, this week Amazon.com has released its Top 100 Books of 2015.

Presented as an all-inclusive list, representative of many different genres, the titles are also broken down into Top 20 lists that make it easier for those with a specific genre in mind to wade through the winning titles.

Taking this year’s top honor as the editors’ pick for Best Book of 2015 is “Fates and Furies,” by Lauren Groff.

A finalist for the National Book Award, and also shortlisted for this year’s Kirkus Prize, “Fates and Furies” is Groff’s telling of the story of a marriage. Following Lotto and Mathilde over the course of 24 years, we are introduced to the notion that contrary to popular belief, it is often the lies we tell and secrets we keep that ensure the longevity of a relationship. 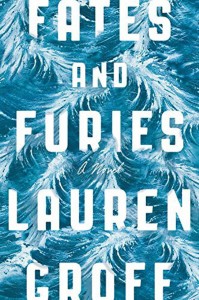 Also appearing on this year’s list, with a solid five-star rating, no less, is Brandon Stanton’s new photography book, “Humans of New York: Stories.” Despite its genre classification, this is more than just a book of exceptional photographs. Comprising highlights of Stanton’s work as a photojournalist on the streets of the Big Apple, “Humans of New York” shares many of the stories that have touched his heart, and captured a huge internet following along the way.

In 2010, when between careers, Stanton embarked on an ambitious journey — to create a photographic census of the people of New York. What began with posting photos of New Yorkers from all walks of life to a handful of followers has grown into a massive social media platform.

Now boasting over 15 million followers, Stanton has the opportunity, through his photos, to tell the stories of New York’s underserved communities, and foster acceptance by sharing the truth of a cast of characters as diverse as the city they call home.

Also making the list is Ta-Nehisi Coates’ new memoir, “Between the World and Me.” An examination of the issue of race in America, the book unfolds as a series of letters from Coates to his teenage son.

A National Book Award finalist, which author Toni Morrison praises as required reading, “Between the World and Me” is perfectly summed up in this review on Amazon:

I’ve never been shown and made to understood (sic) the experience of a life so unlike my own as I have with this book. I felt the frustration and fear that Mr. Coates felt growing up black in America. I felt the anger he feels at people who believe that they are white dismissing that experience as so many sour grapes. I felt the hypocrisy of being told not to wear hoodies or play loud music for fear of someone breaking your body.

That’s why this book matters. It’s not a solution to our race problems or an accurate assessment of the progress of America as a nation. It is not a book about white people and how we should change. It is simply a powerful testament of one man’s experience, and an offering of understanding.”

Whether looking to gain understanding of an experience different than yours through the pages of an exceptional memoir, escape your own, perhaps tedious, experience in the reading of good fiction, or educate yourself via well-written non-fiction, there is a book to fill your need. Consider this list as simply the middle man that can help you find it.