Clearly, someone over at Amazon.com must be reading the Independent.

Less than a week after I ran my column offering a literary trip across the United States via “The United States of YA,” Amazon released their own adult version, “Around the World in 80 Books.”

Coincidence? I think not.

Although clearly compiled while under the influence of a humble community newspaper, their list still provides an interesting peek across our globe.

Whether in preparation for actual travel, or just to provide an escape while hunkered down closer to home, “Around the World” offers readers literary stops in each of the seven continents.

We all know that a good book is able to whisk us away, through pages and across miles, on a journey limited only by the bounds of our own imaginations. Check out this list to find a biblio-stop for each of the aforementioned continental outposts. 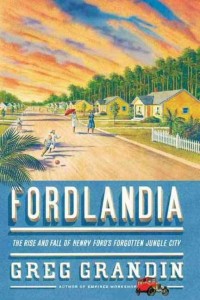 North America: “Wild: From Lost to Found on the Pacific Crest Trail” by Cheryl Strayed. Winner of NPR’s best book of the year for 2012, this gutsy memoir details Strayed’s own solo journey on foot across 1,000 miles, from the Mojave Desert to Washington state, as she sought to rebuild her crumbling life.

South America: “Fordlandia: The Rise and Fall of Henry Ford’s Forgotten Jungle City” by Greg Grandin. Who knew that in addition to revolutionizing American industrialization, Henry Ford also bought a state-sized parcel of land in the Amazon, with the intent of creating a rubber plantation, along with an old-fashioned small-town community? This book chronicles the consequences of one man’s attempt to re-organize the natural world.

Africa: “The Poisonwood Bible” by Barbara Kingsolver. In what is one of my favorite books, Kingsolver tells the story of Nathan Price, a Baptist minister and his family, as they attempt to bring God to the Belgian Congo. Of course, they find that once there, nothing is as they expected. Through several voices, it tells the tale not only of the Prices, but of the Congo itself during the turbulent three decades it chronicles.

Europe: “Faceless Killers” by Henning Mankell. Set in Sweden, this mystery novel pits police inspector Kurt Wallender against the clock as he tries to solve the murder of an elderly couple. The case has political undertones, and Wallender becomes obsessed with solving it before tensions erupt.

Asia: “Persepolis: The Story of a Childhood” by Marjane Satrapi. Told through black and white comic strip images, this is the tale of Satrapi’s life in Iran from ages six to fourteen – a period of time that saw the Islamic revolution. A poignant history lesson of the region, the simple pictures and text convey a powerful message.

Australia: “The Thorn Birds” by Colleen McCullough. Before a young Richard Chamberlain made a generation of housewives blush in the TV miniseries of the same name, 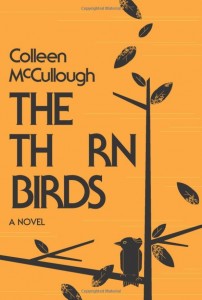 this epic family saga was told in book form. Spanning several generations, this tale of forbidden love, ambition, and tragedy is regarded as one of the greatest love stories in print.

Antarctica: “Endurance: Shackleton’s Incredible Voyage by Alfred Lansing. This retelling of explorer Ernest Shackleton’s year-long survival on the Antarctic seas is a story of tenacity and heroism in a pre-technology era, as displayed by both Shackleton and his crew.

These volumes are just a sampling of what “Around the World in 80 Books” has to offer, and the list itself only scratches the surface of the literary journeys that are just waiting to be embarked upon. What stamps will you collect on your book-traveler passport this summer?

For a full listing of “Around the World in 80 Books,” please visit omnivoracious.com and click on June 10.